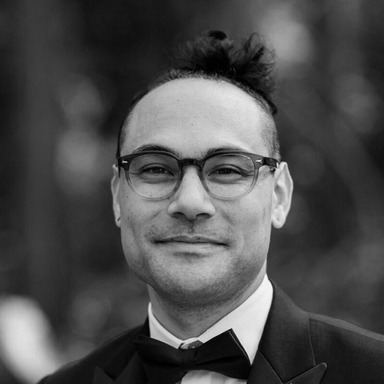 Jonathan (Jono) Brandel is an award winning graphic designer and computer programmer. He comes from mixed heritage, an American of Filipino and Polish descent. As such Jono pairs distinct subjects to frame the creative process. These combinations range from latin and emojis to lithography and pixel sorting. While pairings vary, there is an accessible tenor to the digital and physical objects he produces. This attention to detail allows people to access complex subject matters including positivism, the collision of black holes, and music composition with ease.

With a Bachelor’s in Design | Media Arts, a Minor in Latin from the University of California, Los Angeles, and a Master of Fine Arts in New Media from Paris College of Art, Jono’s work has been shown at international festivals including TED, Sundance, Tribeca Film Festival, SIGGRAPH, and the Japan Media Arts Festival. His commitment to Visual Music has sparked collaborations with musicians including applications with Lullatone, a live performance with Nosaj Thing, and interactive music videos for the likes of Matthew Dear, the Chemical Brothers, and Kimbra.

To develop his projects Jono writes custom software and actively participates in open source communities. He shares his own libraries such as the event driven two-dimensional drawing interface for the web, Two.js. This library and many others are freely available and actively maintained to help promote the creative expression of individuals worldwide.