The One Club for Creativity and WPP celebrates the ‘Behind the Stonewall Riots’ competition winners--Johnathan Gabriel (Gold), Jordan ‘Jordi’ Avery (Silver), and Vennessa Hanshaw (Bronze).

The competition, which was free to enter, was designed for Black LGBTQ+ creatives with the purpose of raising awareness about the important role of trans women and gender non-conforming individuals of color who participated in the historic 1969 event and paved the way for the LGBTQ+ community.

Entrants were asked to select a charity or nonprofit that works with the LGBTQ+ community, and create a campaign for them inspired by the true igniters of the Stonewall Riots: trans women and gender non-conforming individuals of color such as Marsha P. Johnson and Sylvia Rivera, who were on the front lines of advancing the LGBTQ+ community.

The competition was open to Black LGBTQ+ creatives aged 18+ around the world -— artists, writers, designers, journalists, podcast hosts, storytellers — who are entry-level talent not currently employed by an advertising, marketing or communications agency.

The winners were awarded with cash prizes and access to WPP’s NextGen Leaders content. In addition to this, Johnathan received $2,000 to donate to the Marsha P. Johnson Institute, a 10-week internship with a WPP agency, and two portfolio review sessions with Keith Cartwright. 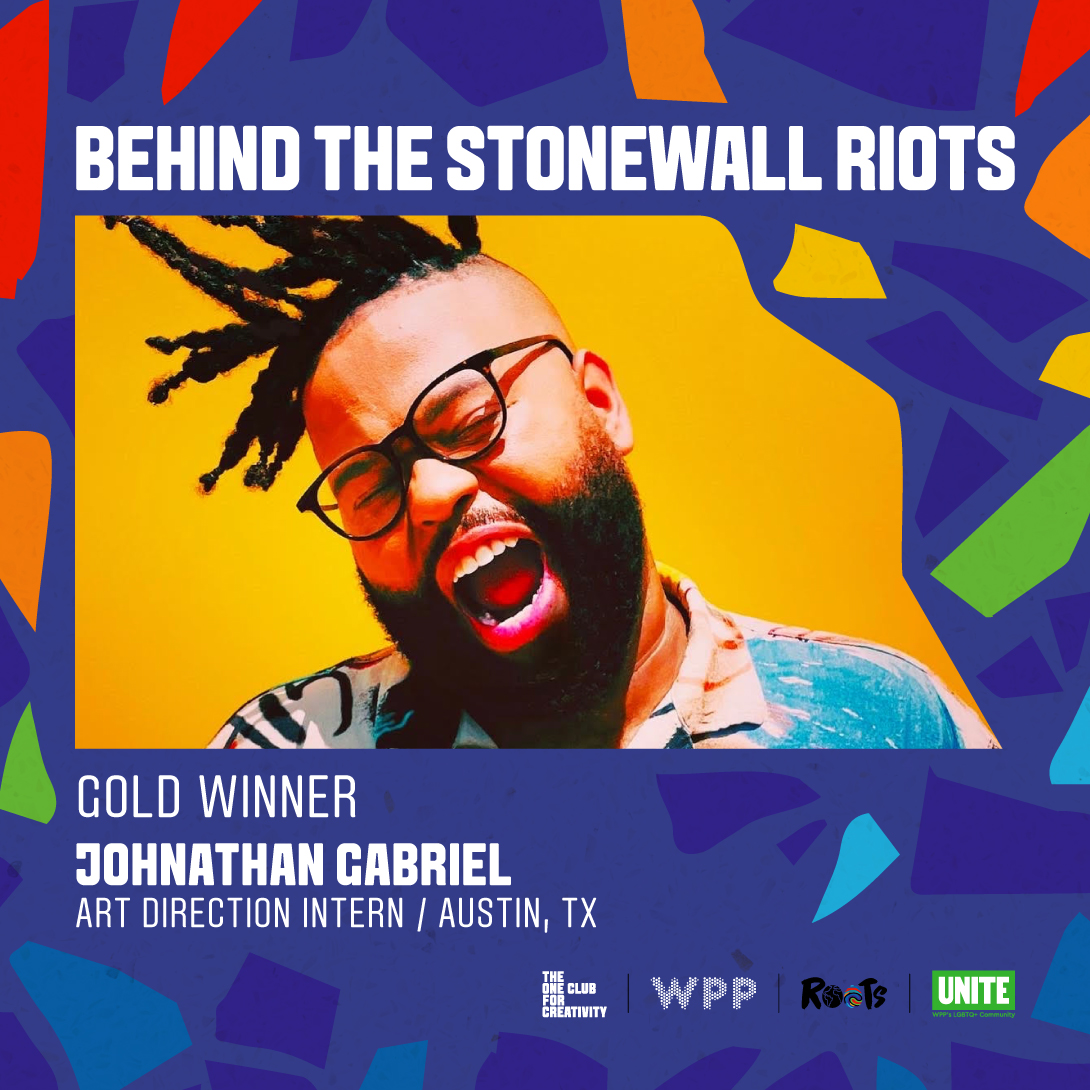 "Being part of the LGBTQIA+ community, I recognize that without the bravery, persistence, and activism of people like Marsha P. Johnson, Sylvia Rivera, and so many others we might not have the rights and freedoms we have today. Honoring the legacy that these people left us brought me great joy and it is an honor to use my creativity to help their cause. That is why this competition/award means so much to me." 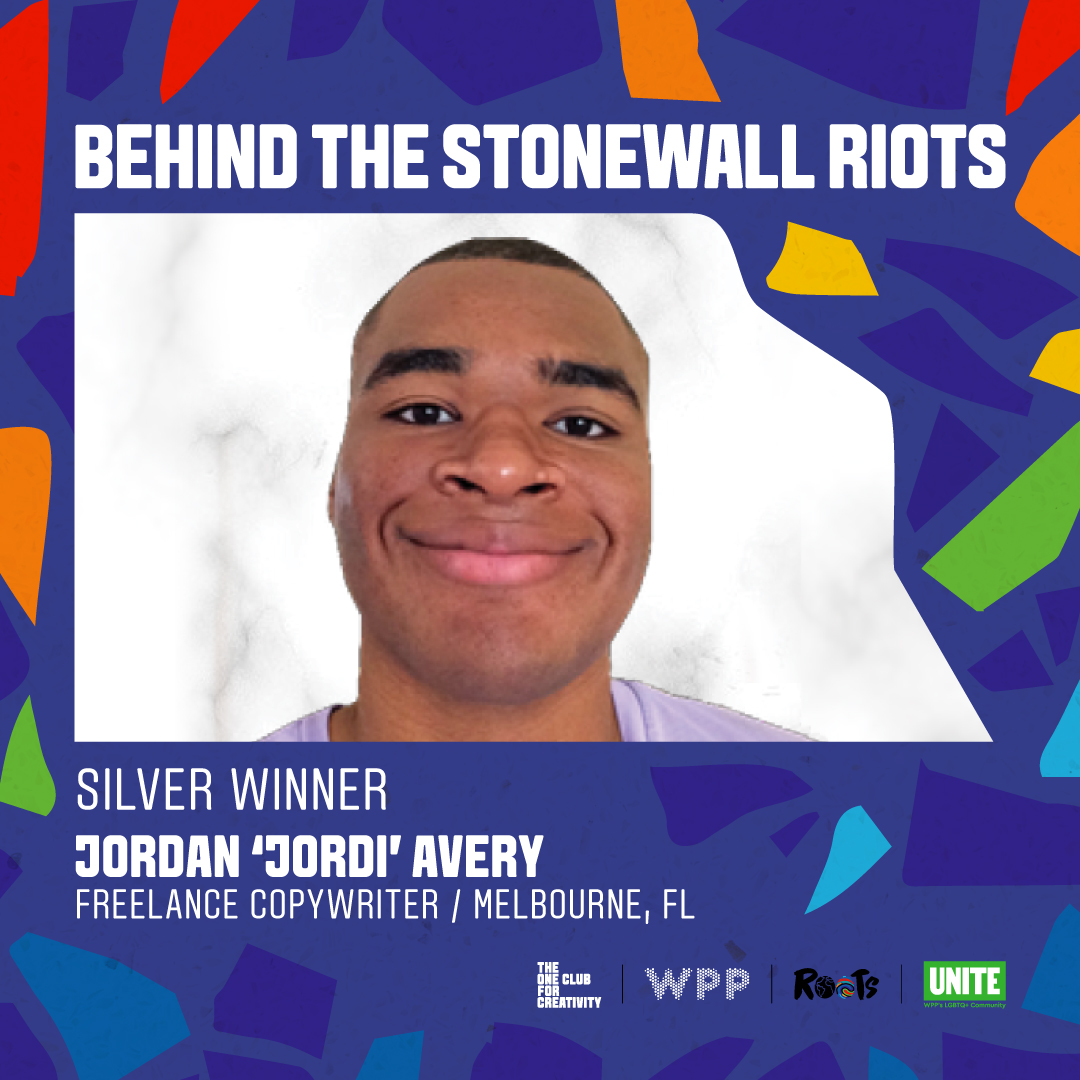 "As someone who is still figuring out who they are in the world, this campaign allowed me to develop a deeper connection to those that sacrificed so much of their liberties to be who I authentically am today. This competition was humbling for me, as I was emotional in dealing with the siblings we lost along the way in our fight for equality. I am deeply indebted to their efforts, and I am grateful for The One Club and WPP for allowing me this invaluable opportunity." 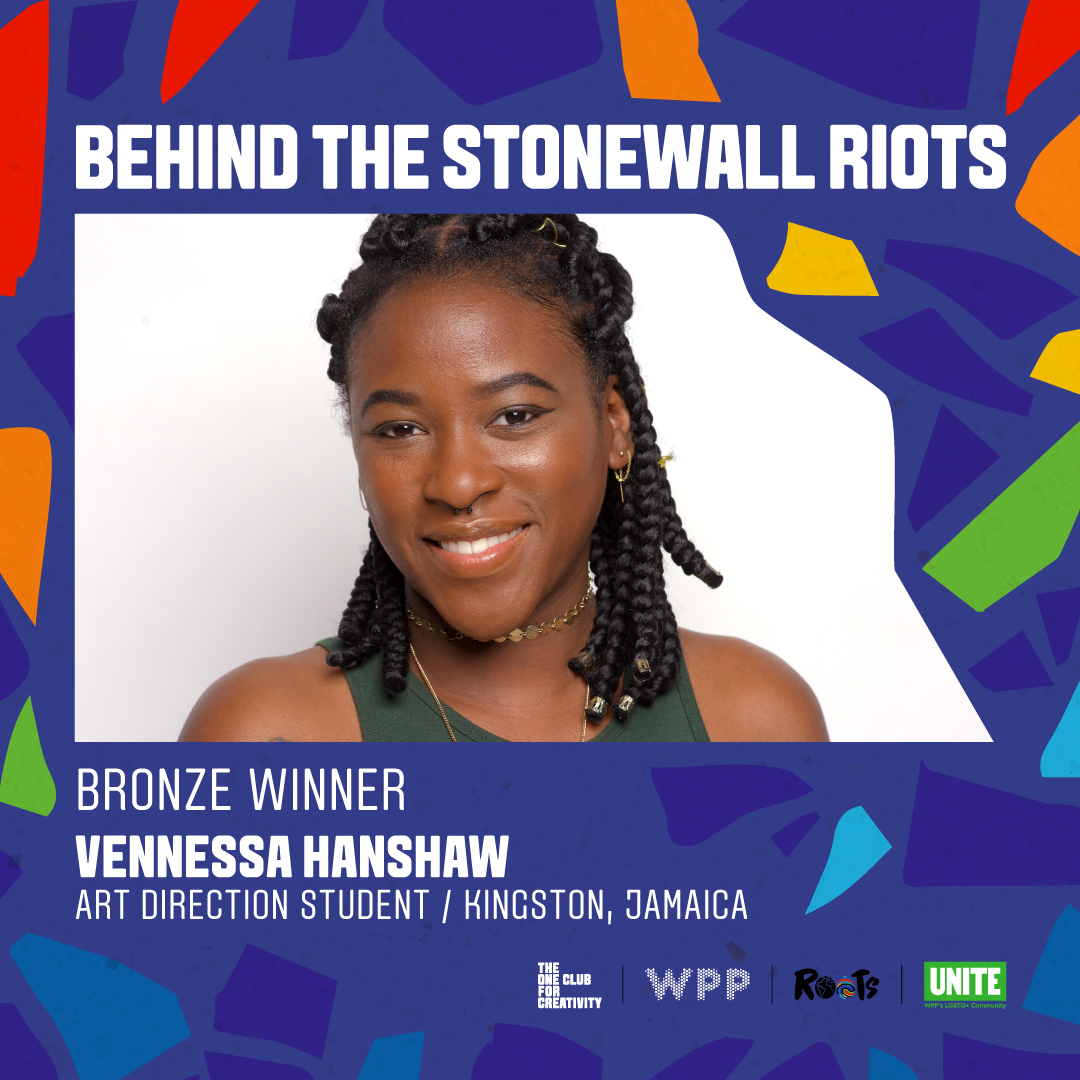 "This has been a wonderful experience for me to participate in. My submission was a passion project, and for it to be recognized at this level makes me extremely grateful. Thank you for an unforgettable opportunity."