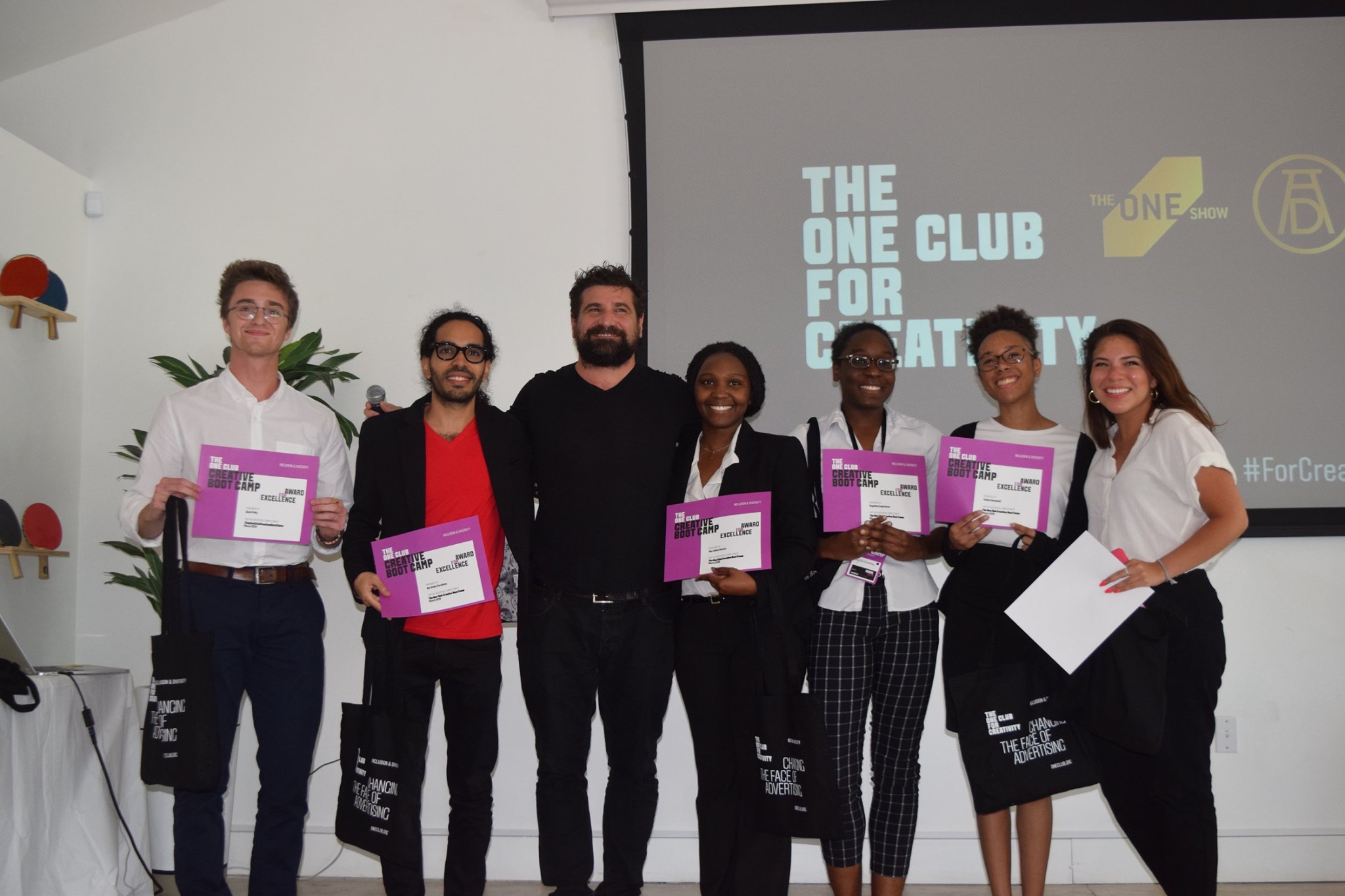 A Boot Camp on the Power of Camaraderie, Mentorship, and Diversity

If there’s one thing I’ve learned working in advertising, it’s the importance of working together as a team. Sure, each person on the team has their job responsibilities and set of opinions, but what makes or breaks the success of delivering a creative campaign is setting aside those differences and coming together for the love of the work. An organization that truly understands this is The One Club for Creativity. After all, they’ve managed to create and spearhead a Creative Boot Camp that successfully brings together multicultural students from diverse backgrounds in locations around the world and allows them to work with the best agencies and creatives and showcase their creative talents. During this intense four-day boot camp, participants are introduced into the industry. They learn about the creative process in advertising and how to create and present a campaign for a real client.

My original intention as far as being at The One Club for Creativity’s 2019 Creative Boot Camp in Miami – which took place at The Community’s Miami office from May 14 to May 17 – was to attend as a participant. But after asking around and thinking things through, I concluded that I already know everything that there is to be learned at this boot camp. But it turns out I was wrong.

TEAM CAMARADERIE IS EVERYTHING
So day one finally came, and I got a message from Albena, our chapter President, saying that she passed by just to say hello and see how things were going over there at The Community. It got me thinking about how I wanted to be present at the event to document things happening day by day. I’ve been freelancing as a copywriter and proofreader working remotely from home since 2016, and I decided that it was time to force myself to break out of my comfort zone (I am extremely shy). I asked her if she could ask Lauren and Jerome from The One Club if it was okay for me to take pictures and videos throughout the boot camp. She got the okay, and before I knew it, I was on my way down there, ready and eager to be a part of the action. I told myself that I would just be there as a “fly on the wall,” but I had no idea that it would evolve into something deeper.

Upon arriving, I could sense how tense the participants felt. Nine teams were assembled and asked to take on a very challenging brief presented by The Community and their amazing client, Verizon. Not only did they have to get to know Verizon’s 5G Ultraband product really well, but they also had to get to one another really well. As I traveled from area to area to take photos and videos (each team was assigned a space inside the walls of The Community to work in), I got to take in each team’s working style and listen to how they interacted with one another. And the more I visited each team throughout the event, the more I found myself sitting down and listening to what they were talking about. I witnessed the joking, the discussions, the feeling of being stuck on something, the arguments that came up from time to time, and those “Aha!” breakthrough moments. As the days went by, I saw how their campaigns were coming to life.
It reminded me of the sense of camaraderie I felt when working with creative teams at different agencies. It was beautiful to see these teams grow close together and set aside any differences they may have had to kick ass creatively. I knew there and then that these teams had formed bonds that would transcend outside of the workplace. I could see them spending time outside of work in a recreational setting. After all, if you can’t connect with the people you spend 40 hours or more a week with on a deeper level, how are you supposed to come up with really cool things? All of this inspired me to make the transition from a “fly on the wall” to something else: a mentor.

MENTORS: A MUCH NEEDED SOURCE OF SUPPORT
It never occurred to me that I had some wisdom and advice to give until I spent some time with each of the teams. If I had realized the importance of giving back sooner, I would have signed up to participate in the Creative Boot Camp as a mentor. As I watched Albena interact with the teams, it was incredible to see how they listened to her advice. I always admired her ability to connect with her students, but it was the first time I got to witness it firsthand. I also followed around several of the other mentors and watched them do their thing. They listened carefully and observed the teams, and I was also impressed by their level of passion in helping guide them to success.

So after watching them mentor for a day and a half or so, I found myself breaking free of my shyness and putting down the camera to get to know the teams a bit. The more I talked to them, the more I realized that I’ve been in their shoes before. So, I offered advice and gave constructive feedback anywhere that I could. And it felt amazing to give back. It felt so good to go from being someone documenting them to someone who supported them.

And so, being among so much camaraderie and mentorship led me to my final learning: the importance of diversity in the creative process.

DIVERSITY IS THE KEY TO SUCCESS
The Creative Boot Camp taught me that having a team made up of people of different genders, races, nationalities, and walks of life brings fresh thinking and perspectives to the table. Every team was put together with this idea in mind, and it showed in the creative process that I observed throughout the event. It also showed in each team’s final presentation to the judges.

As I sat in the room where the presentations took place – which is also the same room I first went to and where the teams and other event attendees would dine and socialize throughout the event – I could feel a new energy in the air. The tension was gone. It was broken and channeled into creating something amazing by diverse teams that were working in harmony.

THE RESULTS AND OTHER IMPORTANT THINGS
So, what were these teams competing for? The top team won interviews with The Community, an award-winning advertising agency headquartered in Miami that’s known for championing diversity and the sense of community. All the winners were given free memberships to The One Club and other exclusive access to the creative community at large. And, they all got swag and certificates. Not too shabby, right?

In attendance to deliver the results was Joaquin Molla, CCO and co-founder at The Community. He spoke to everyone for a bit and shared some important bits of wisdom. His brother, Jose Molla, CCO and co-founder at The Community, spoke a bit on the first day of the event to inspire everyone to do their best. Joaquin did the same here but with his twist on it.

As I sat there and watched and captured each team’s presentation, I was proud to see how far they all came along in just three days. But in the end, the top three teams were The Village, 456, and The Wafers. They all delivered highly creative campaigns that impressed the judges, but The Village was ultimately the team that came in first. I want to give a big shoutout to all the teams for getting up there and giving their all that day.

And I want to also give a big shoutout to all the mentors who took some time to come by and give a helping hand to the teams. Thank you all for everything that you do!

Click here to view the photos taken at the event. 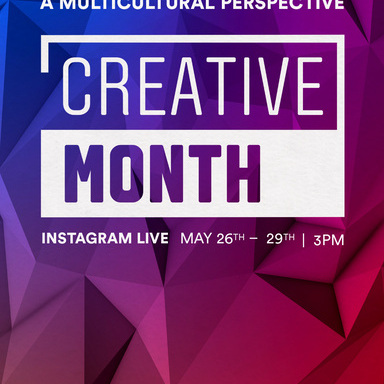 Creative Month Recap
One Club Miami asked agencies from around Miami and Ft. Lauderdale to take over our Instagram for a day. The results were authentic conversations, real insights into being creative under quarantine, and fun Instastories that reflect their unique strengths which you can find in the Highlights section of our Instagram. 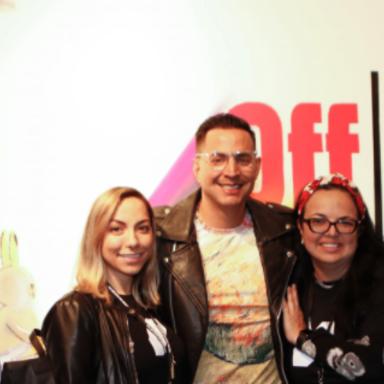 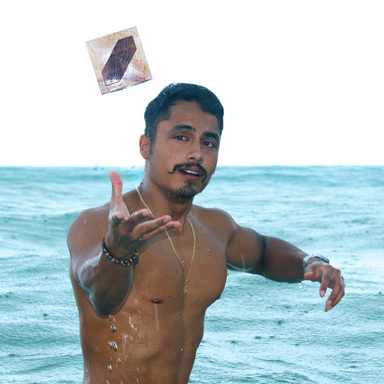 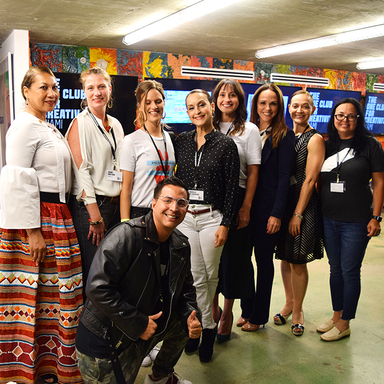