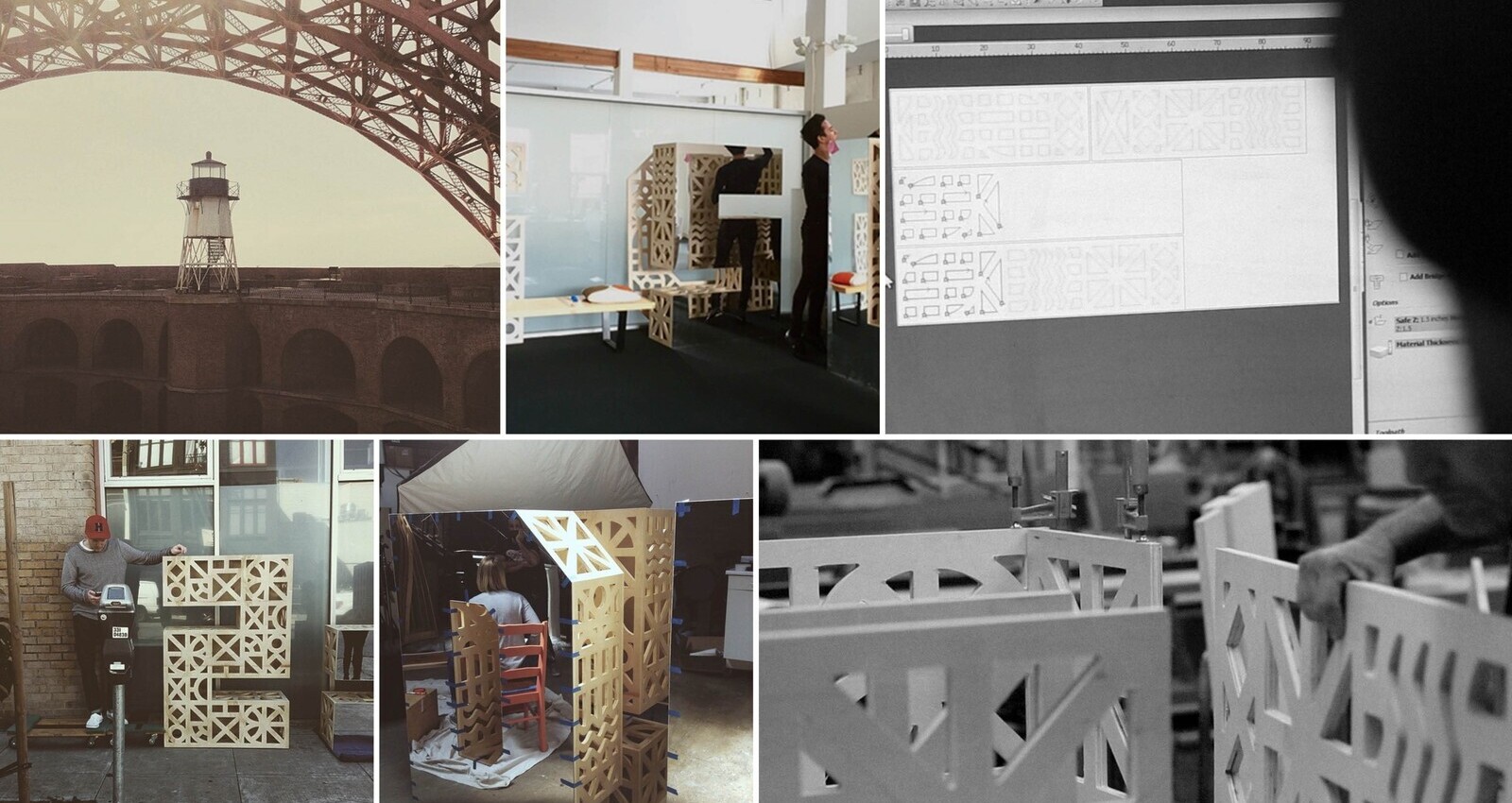 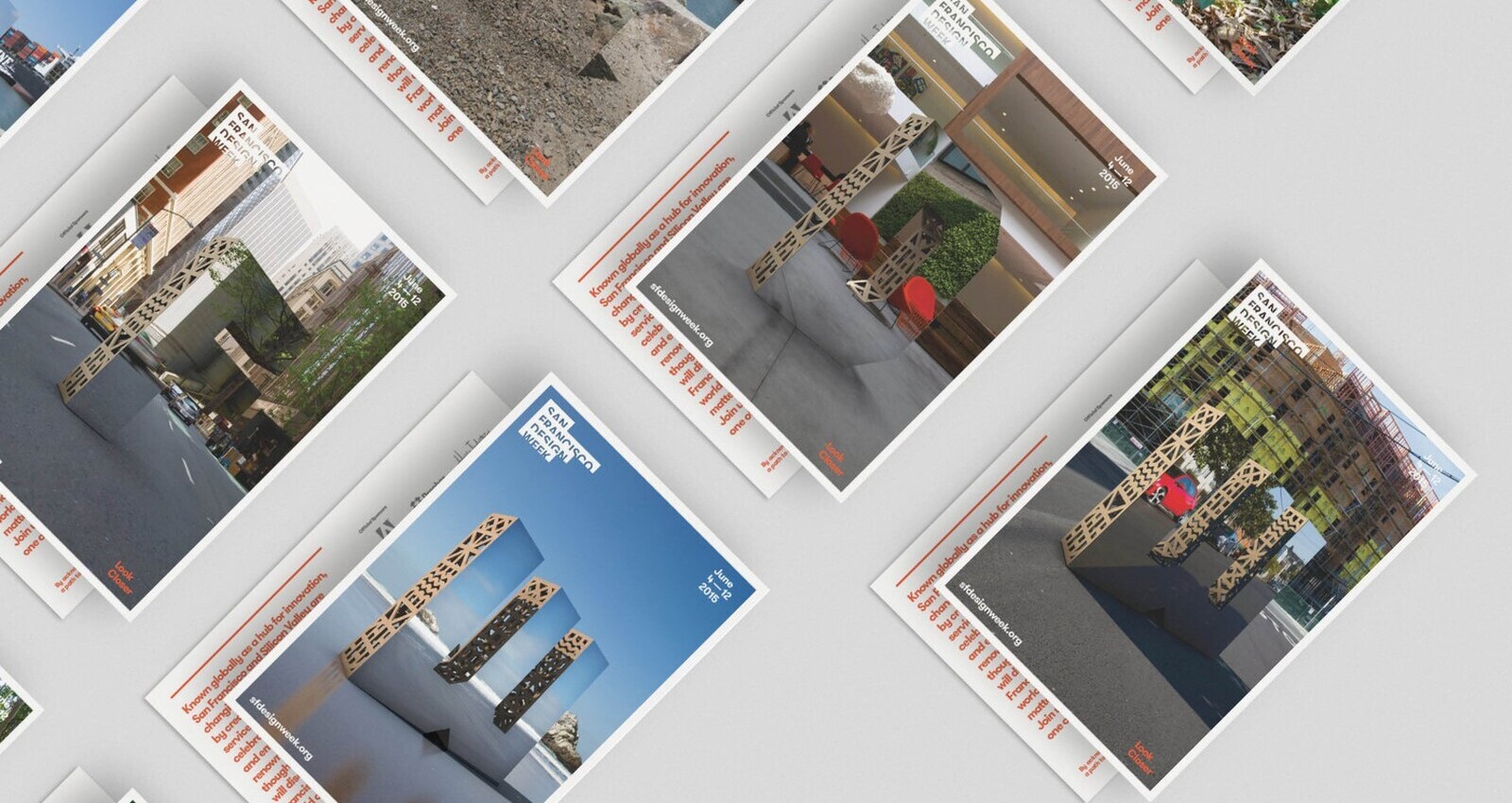 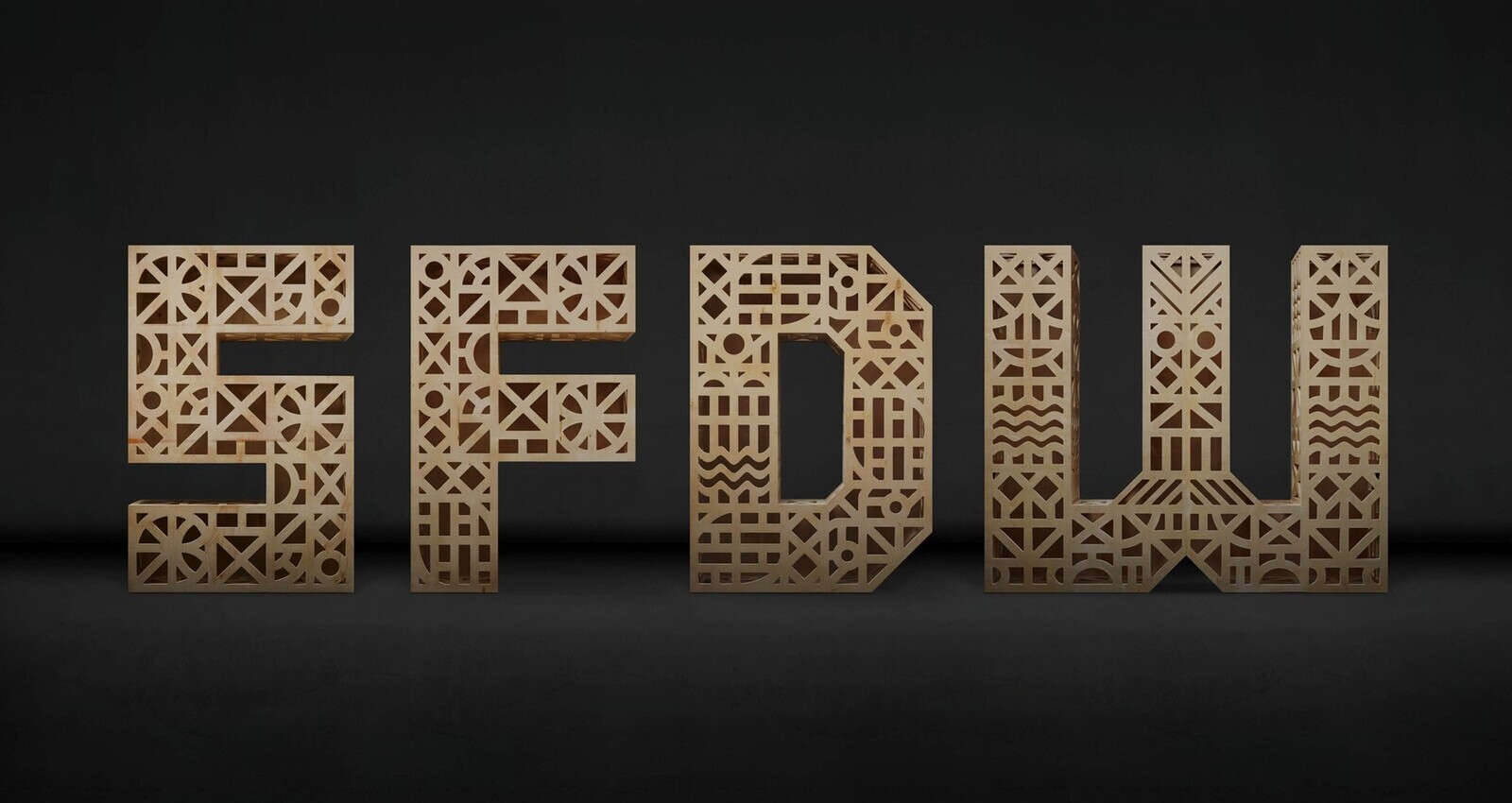 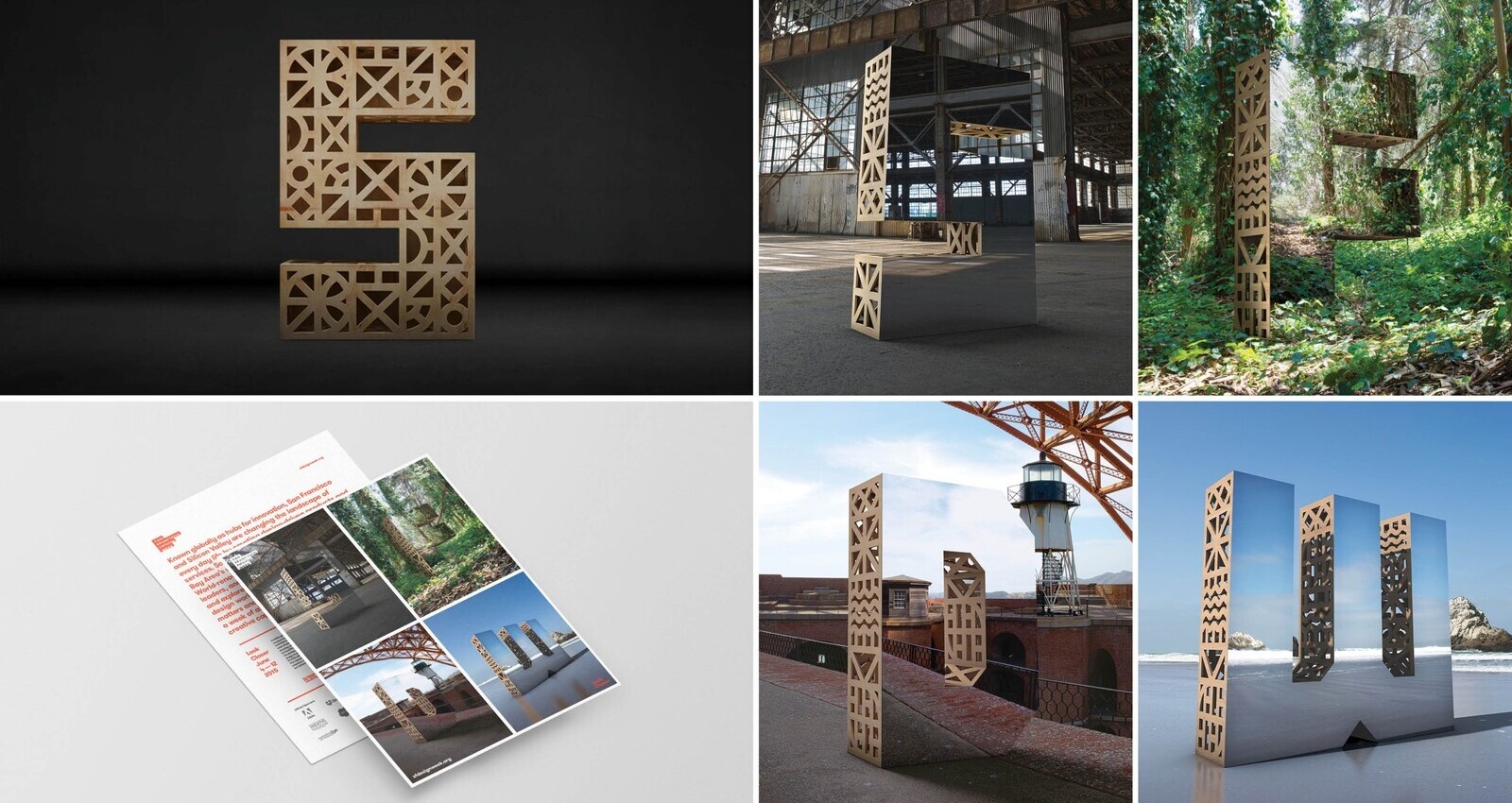 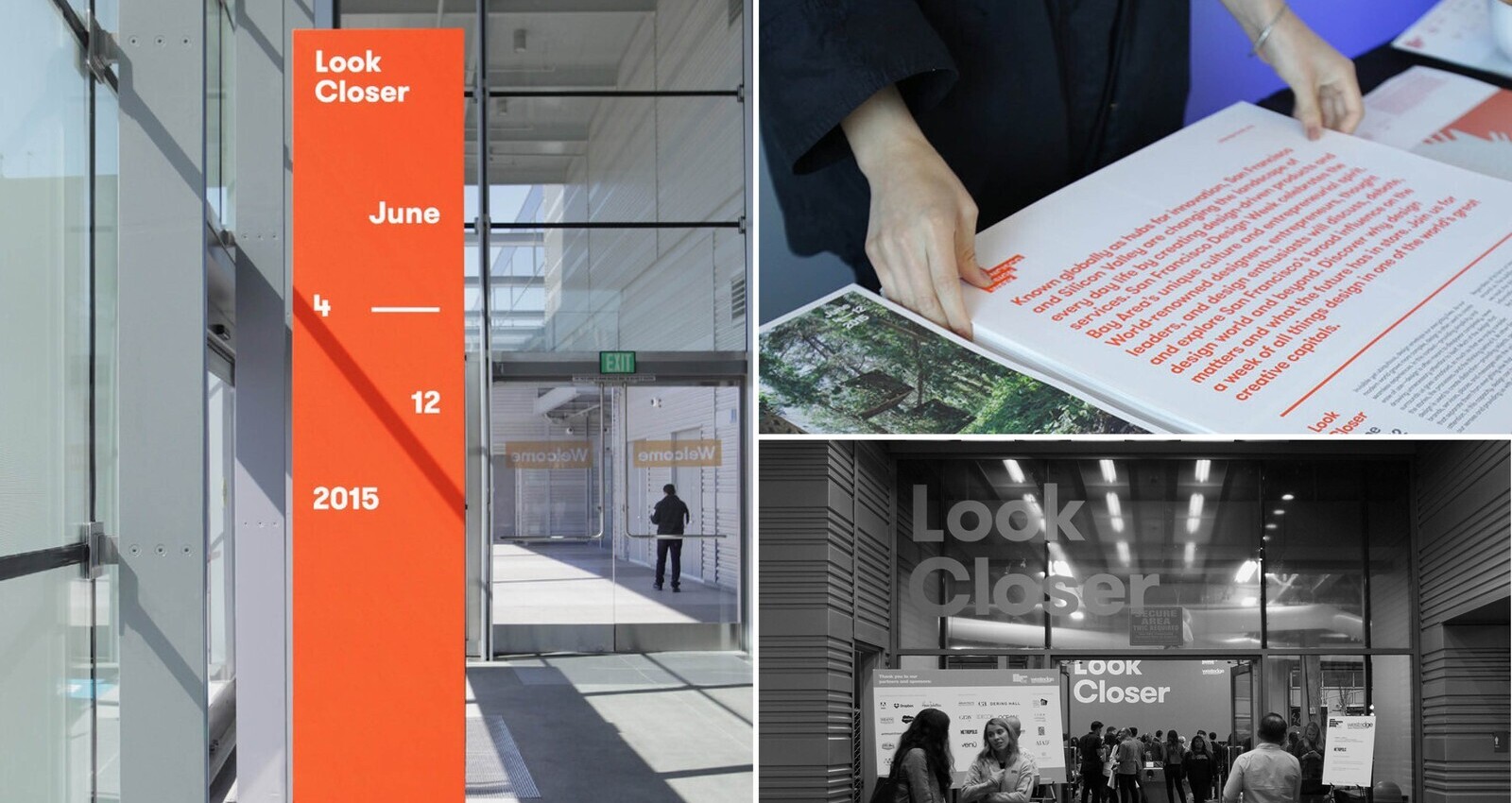 The objective of the campaign was to highlight San Francisco as a design-led city; speaking to the community, and those who might be interested in learning about design in the city.

The concept for San Francisco Design Week 2015 was to represent the complexities of designs that generally go unnoticed. Each letterform represents this duality of complexity and seamlessness — Pairing intricate structure, with seemingly-invisible frontal faces. Photographed throughout San Francisco, and then exhibited at SFDW’s Design Hub, we urged viewers to take a second look at the things that we might disregard in passing.

Each previous year, the festival was a series of 'open door' events across the city — But this was the first year that San Francisco Design Week had a hub of it's own. The festival rented out a large hangar where they would be holding a series of talks, and design-related events.

The technical challenge was to create a campaign that would be as impactful environmentally, as it was in the advertising leading up to the event. The idea was to create a series of images based on an physical installation — One that viewers could further explore, and interact with, upon attending the event.