Uncharted is a theme chosen by TEDxToronto for their annual conference in fall 2020. As Creative Director, I led a team of five designers (four of whom are women of colour) to create a visual identity that is conceptually in line with what the theme represents as well as the brand of TEDxToronto.

To promote the annual conference and the TEDxToronto brand

The creative brief was fairly conceptual and open-ended, and left a lot up to our imagination as to how it could be visually expressed. We were also cautious not to come up with anything that screamed 'charted' instead of 'UNcharted'. Our biggest challenge was to come up with something that effectively communicated the theme, but not be too prescriptive in our approach so that we can leave it up to the viewers to interpret the visuals and surmise its significance themselves. This meant that our designs had to encompass heavily conceptual ideas while staying visually accessible.

Inspired by the brief, which talks about how old maps are not working anymore and how we need a new perspective to chart a better course for ourselves, we equated the 'old map' to the static two-dimensional plane, and moving the three-dimensionality as the new way for the future. Working in After Effects and Cinema4D, we took several visual cues from the motion graphics softwares: 4-quadrants (providing multiple views/perspectives), grids (that can chart the movement), and 3D objects (that exist and move inside these spaces). Then we came up with a modular system comprising of four Scenes and four Objects (both of which grow incrementally in complexity in its formation and movement), and set a loose set of rules on how to combinen each of the element in a way that is easily digestible to the viewer. The result is a unique and dynamic series of visuals that create an interesting tension between 2D and 3D, and represents new ideas merging out of uncharted territories. 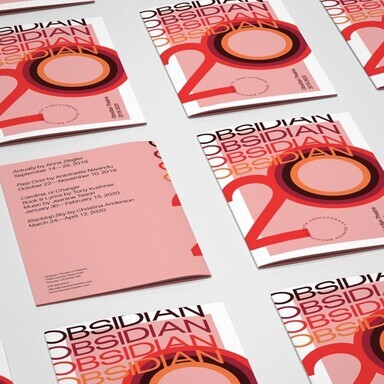