The advertising industry has a gender bias problem, and although there are countless women and allies working tirelessly to make a difference, if things don't move and evolve at the top, institutional change remains a long way away.

The One Club For Creativity’s Right The Ratio is a multi-day summit aimed at agency leaders, those with the authority within their walls to advance workplace equality and foster a more gender-inclusive environment. Its mission is to share ideas, insights, and solutions that can then be acted upon, from the corner office all the way to the intern pool. With sessions led by highly respected business leaders, Right The Ratio aims to help you make the necessary adjustments and about-faces that will lead to a better workplace.

If you'd like to receive updates regarding the 2021 virtual summit, please fill out this short form. 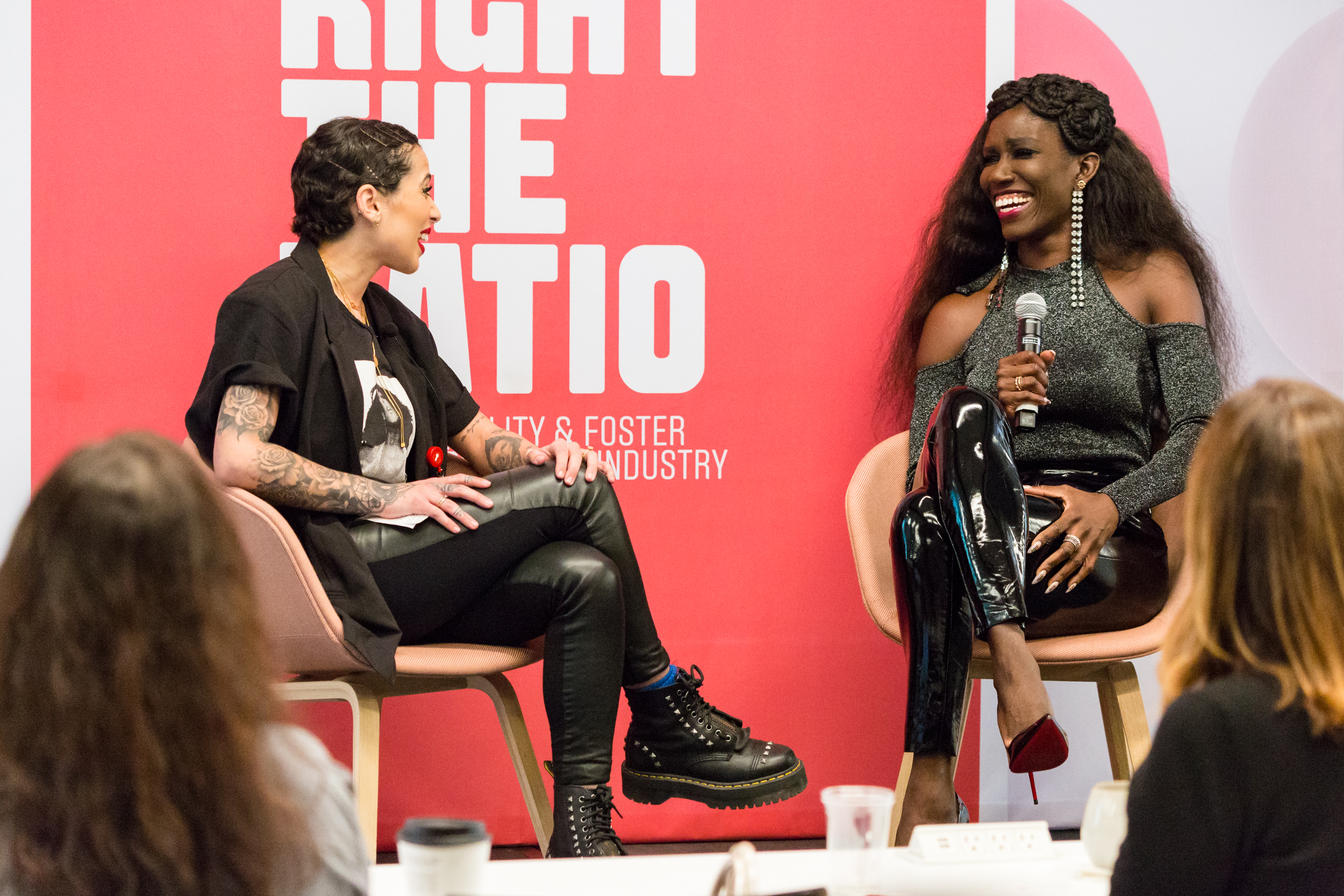 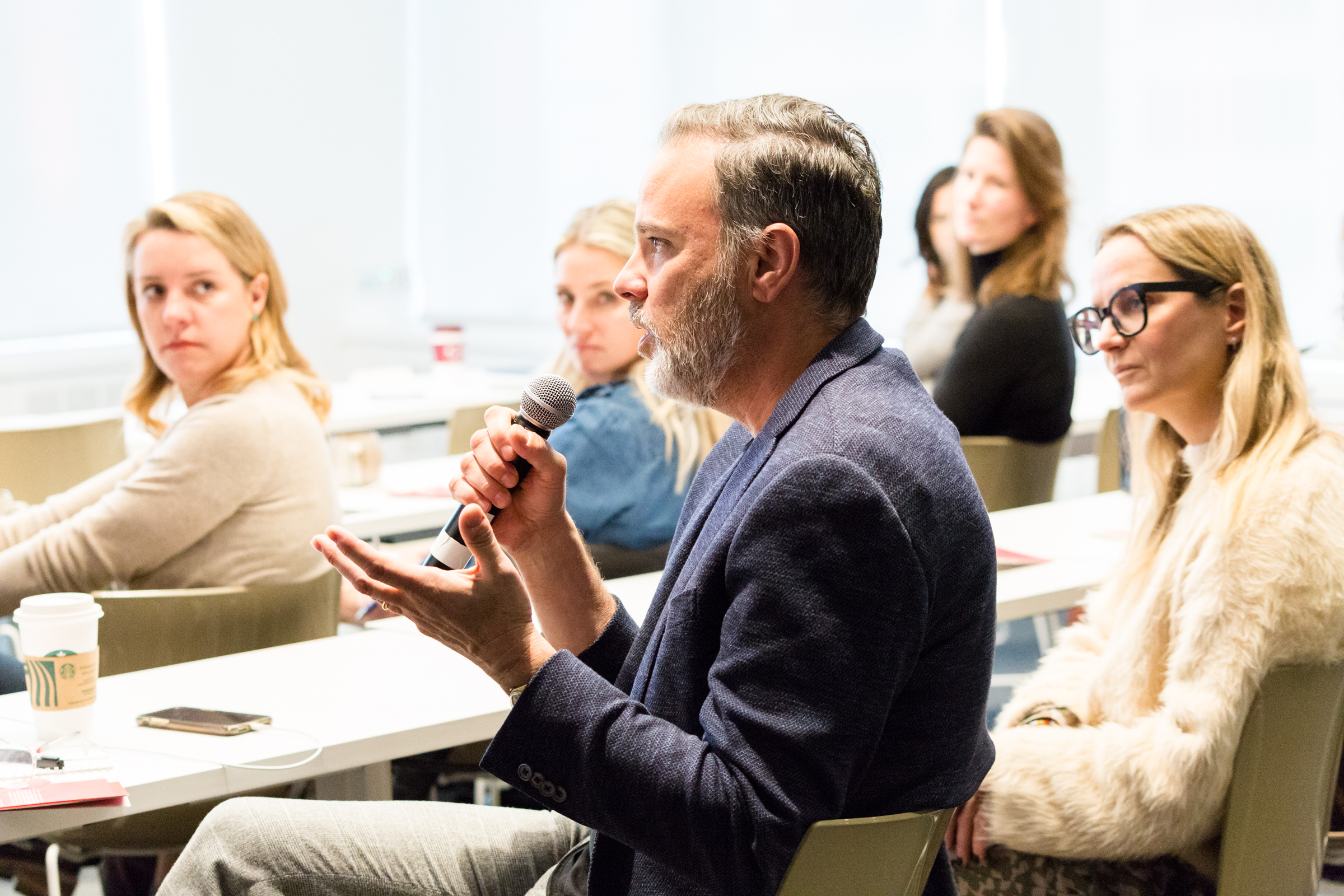 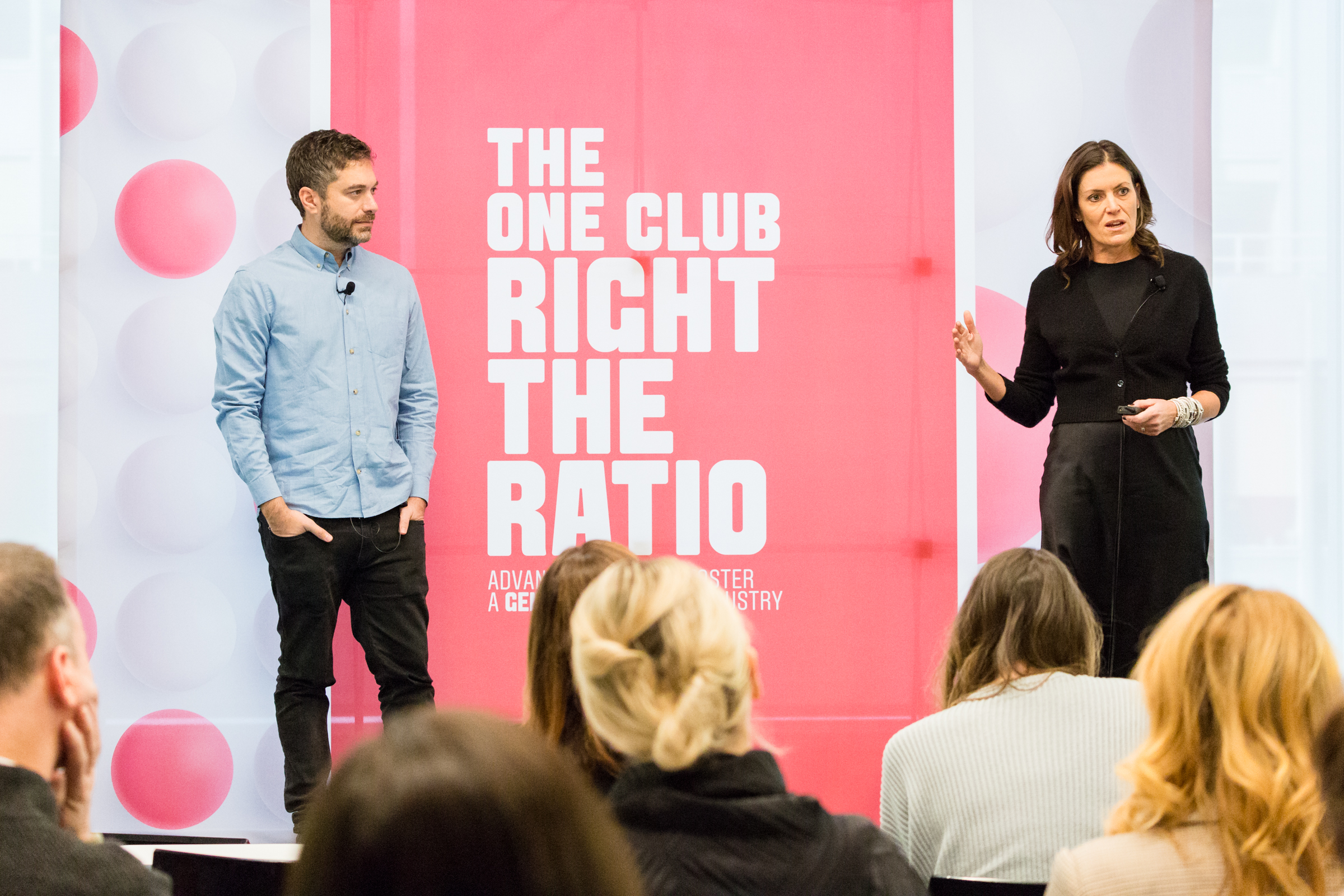 Why Should You Attend?

Right The Ratio was created out of the need to promote more women into leadership roles, fight unconscious bias and shatter the glass ceiling on equal opportunities for all genders.

Agency creatives and executives who are in a position to set actionable goals for their companies’ structure. In an industry where they make up the majority of leadership roles, men are especially encouraged to register.

What Is The Format?

This year's format will move to a virtual setting and will include panels, small group discussions and networking opportunities. 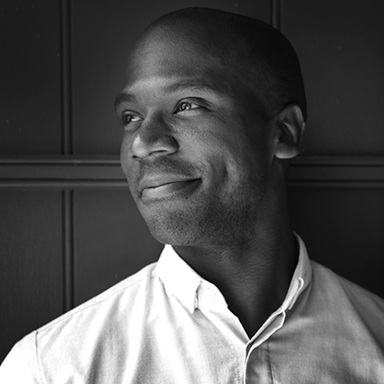 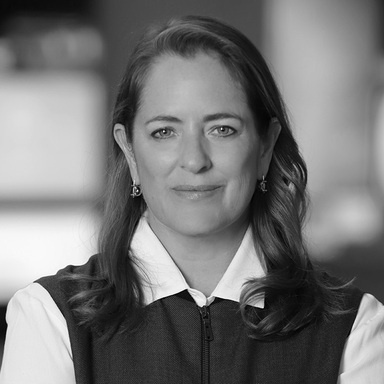 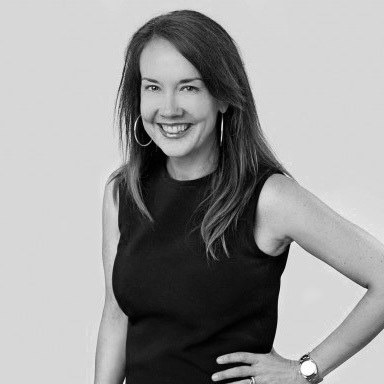 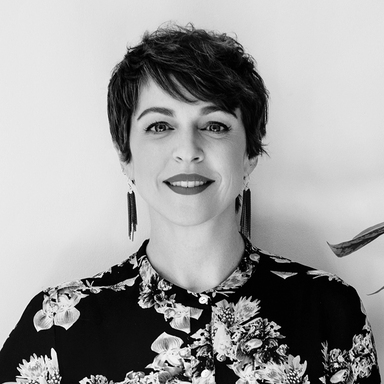 Chief Executive Officer
The One Club For Creativity Opening & Introduction
Kevin Swanepoel, CEO, The One Club for Creativity

The Partnership Effect
Susan Credle, Global CCO, FCB Global Leadership is rooted in learning and listening. Please join Susan Credle as she shares learnings from her journey to the creative helm of global agency FCB. She will discuss her partnerships along the way that have driven positive change in the organization, which has resulted in a creative resurgence.

Confessions of A Manbassador:
Some Things I've Learned About How To Be A Man In A Woman’s World

Rob Schwartz, CEO, TBWA\Chiat\Day New York
James Brown once sang, “This is a Man’s World.” That was 1969. Oh, how times have changed. In 2019, it’s becoming a woman’s world. And it’s not easy for a dude to navigate. But fear not. Because for the last 25-plus years Rob learned a lot from the amazing women he's worked with. And in this intimate chat, Rob will share that knowledge. Who knows, it just might help us all get to a better, more equal world.

A Woman and a Jew Walk Into a Bar - How Diversity Fuels Creative Revolution
Ari Weiss, CCO, DDB Worldwide
Wendy Clark, CEO, DDB Worldwide
The year is 1949 and there’s a good chance if you spent enough time around the bars of Madison Avenue you could have heard a joke begin, “A woman and a Jew walk into a bar…”. At the time, it was highly unusual to find any women or Jews in leadership roles on Madison Avenue and yet that’s exactly how DDB started. That same year, Bill Bernbach left Grey Advertising to start his agency. He took with him super star copywriter Phyllis Robinson. Shortly thereafter he promoted her to Copy Chief; a first for any woman in the industry. And so, the creative revolution began. 71 years later Wendy Clark and Ari Weiss lead DDB Worldwide. And while today it’s quite common to see Jews in leadership roles, Wendy remains one of a small group of women leading a global advertising network. Join Wendy and Ari as they take a look at what we can learn from the past and the action we can all undertake to create a more inclusive future.

Four Clowns, A Net and Other Mentoring Magic Tricks
Janet Kestin, Co-Founder, SWIM
Mentoring is a major time suck. Only women should mentor women. Women need a single full--service mentor. Women are under-mentored. Women are over-mentored. The myths around mentoring are abundant, and happily, wrong. Former Ogilvy Toronto CCO and Swim co-founder, Janet Kestin, will share ways to build this practice into your agency---for women to grow and advance, and your company to get benefits like lower turnover, better performance, a richer pipeline, and good odds of landing on the Best Companies to Work For list.

Find Your Voice Even When No One Is Listening
Keith Cartwright, Co-Founder and President, SATURDAY MORNING
Kelly Schoeffel, Executive Strategy Director, Partner, 72andSunny
Kelly and Keith tell their individual truth about finding their voice and what it took to get there. They’ll share their personal stories along with a few hard life lessons that helped them navigate a world and an industry that wasn’t built for them.

5 Steps to Building a Culture Where Diversity, Creativity and Individuality Thrive
Paul Venables, Founder, Chairman, Venables Bell & Partners
Kate Jeffers, Partner/COO, Venables Bell & Partners
We all recognize the value that having a diverse culture brings to our agencies and our work. And yet, there are real challenges related to building and sustaining a truly diverse team. How do we create inclusive agency teams and broaden the industry talent pool to reflect today’s society? It's not by obsessing over numbers and percentage quotas. The key is to create a culture and environment where exceptional, unique and diverse talent want to be and grow. Hear from VB&P Founder/Chairman Paul Venables and Partner/COO Kate Jeffers, on the 5 steps we can all take to build a culture where diversity and individuality thrive where diversity and individuality thrive.

Reflections
An Un-Conference style reflection on the previous day where attendees can expand, ask further questions or expand on discussions from Day 1

People First, Purpose Driven
Monique Sample, Director of Talent Management, Wunderman Thompson New York
Sara Guizzo, SVP, Talent Acquisition, Wunderman Thompson NA
What do you get when you combine two incredibly talented companies into one new creative, data and technology agency? One year after their integration, join talent leaders from Wunderman Thompson to hear how their people first, purpose driven promise supports and empowers women for success Gender-based initiatives created to empower women and help them pass on their learnings to others, how to prioritize candidate relationships when hiring, and keep a pulse on building you pipeline while integrating talent are just a few highlights.

Everything I Know About Gender Equity I Learned From a 70’s Sitcom
Tommy Means, Founder and CCO, Mekanism
The 1970’s was an explosive era for feminism and gender equality in American pop culture. Before there was an Internet, prime-time television emerged as a powerful medium to show the transfer of power to women from traditional nuclear family roles. As the son of two working entrepreneurs, Mekanism founder and chief creative officer Tommy Means was left alone in front of a TV after school for hours with sit-com heroines. In this provocative, funny, and participatory conversation, Tommy reveals how strong, funny women like Lucille Ball, Mary Tyler Moore, Alice and Major Margaret Houlihan can inform and influence how to navigate the transfer of gender power at creative companies.

Taking Meaningful Strides to Create a Truly Diverse Culture
Jaime Robinson, Co-Founder, CCO, Joan Creative
Lisa Clunie, Co-Founder, CEO, Joan Creative
Advertising is an industry rooted in culture and authentic storytelling, which is why it's vital for agency leaders to embrace a diverse workforce. As a female-owned and led agency, diversity and inclusion are deeply rooted in JOAN's foundation. Hear how co-founders Lisa Clunie and Jaime Robinson are taking meaningful actions to bring brilliant thinkers from all walks of life into the industry through its diversity foundation and paid fellowship program. They'll share their insights on how to retain and nourish talent, and how building a truly diverse team can bolster creative output and ultimately lead your agency to success.

Can Advertising Be The First Pay Equitable Industry?
James Kinney, VP, People, Giant Spoon
Research shows that in the year 2277, nearly 400 years after first entering the workforce, women will receive equal pay for the very first time. Read that sentence again. While global pay equality isn't realistic for another 257 years, it's within our reach. The advertising industry often talks about calls-to-action and inciting conversations, but the truth is that we still have not yet converted enough women into positions of fair and equal pay. But, what if the advertising industry was the first of all industries to be pay equitable? Join James Kinney, VP of People at Giant Spoon, an agency at the forefront of this movement, as he digs into the key factors of inequality–– education, negotiation, and parenting–– to ensure that the women, people of color, and professionals of any background can profit from meaningful, fruitful careers, starting today.

Embrace the Taboo: How Transparency is Closing the Pay Gap
Shannon Moorman, Vice President, Global Creative Talent, WPP
Lionel Carreon, Global Director, Creative Recruiting, R/GA
Cole Habersham, Account Director, Droga5
Daniela Herrera, Associate Director, Talent Acquisition, R/GA
There is increasing transparency around compensation amongst the younger ranks of the advertising industry. What once was considered taboo is now part of agency culture. In fact, there is now a crowd-sourced document with over 5K agency employees who have entered their salary details that is being shared across North America. This was created as a tool for those under-represented populations to be armed with the data to negotiate. This poses the question: Are our agency leaders doing enough to fix the gap? There is no turning back, our talent is demanding financial parity and they have the data to support these demands. We will discuss how leaders can start preparing for this movement, both financially and culturally. This panel consists of cross- generational and cross-cultural agency representatives, each bringing a unique perspective to the topic.