The LA-based artist rockets the ADC Cube to the stars.

The ADC 98th Annual Awards Call For Entries is drawing to a close! The latest edition of the craft-focused design and advertising award show was launched with a campaign conceived by COLLINS, weaving a tale of adventure surrounding the coveted ADC Cube, as seen through the eyes of six different animators from across the globe. We'll be featuring the various artists as each installment of "The Cube" is released.

Angela Stempel is a Los Angeles-based Venezuelan-American artist whose work is inspired by people, rhythm, color and drippy shapes. From these influences she constructs narrative and abstract animated films, installation and illustrations. This made her a perfect choice for one of the campaign's animators.

We had the opportunity to catch up with Angela about "The Cube: Part Four" and her colorful oeuvre.

Did you know you wanted to be an artist when you were young? When did you zero in on animation as your medium of choice? 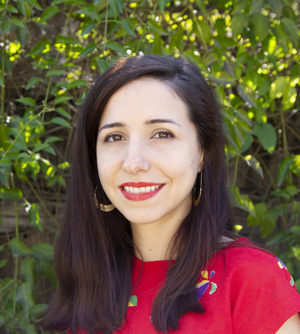 Growing up in Venezuela, I never really had any intention of being an artist, although I was always drawn to artistic people in my community. In school, I used to see myself pursuing a career in diplomacy, which was one of the reasons why I hoped to go abroad for college. After high school, I moved to Boston to start a degree in International Relations, and eventually, through a series of very difficult and transformative choices, I ended up enrolling in a Fine Arts program. Even then, I was clueless about the love I’d have for animation until I signed up for a class, really just because it fit my schedule. After that, it was as if I had no choice; I loved animation and the ability to define movement and physics, to give life to drawings and objects.

I think it took me a long time to find myself as an artist even after that moment, I’m still learning and discovering myself in the medium. I had great teachers who exposed me to the history of independent animation — Lorelei Pepi, Joel Frenzer, Joey Kolbe — but I’d say the strongest influencers and motivators were my peers, Amanda Bonaiuto, Phylicia Fuentes, and Kylar Loya, whose work was constantly surprising and who I’m still learning from today.

Your website lists "drippy shapes" as one of your inspirations. Can you elaborate?

(laughs) By drippy shapes, I’m oversimplifying what I see as the infinite possibilities of shape in animation. I love that about the medium, how bodies and objects can be solid or malleable depending on the feeling I want to evoke in the viewer and the demands of the shot. I suppose I’m inspired by the legacy of cartoon bodies, and how, through cartoons, we can redefine the way we see ourselves interacting with the world.

I’m also inspired by color theory, working with colors and the way they are transformed when they’re placed with others that are too similar. I love the tension that can be evoked with color, not just narratively but also psychologically, physically, culturally. Aside from that, I’m always inspired by people and how we behave in society. Our hopes, fears, insecurities, facial expressions. I guess I find inspiration in a lot of things, both abstract and physical.

What do you consider your first "big break", the thing that made people sit up and take notice of your talents?

I’d say I’m still waiting for my big break! But I think the first time that I felt like I’d broken through, not just to a larger audience but also to a different direction in my work, was when I directed and animated a music video for the Brooklyn band Celestial Shore in 2014. Before that point I’d only considered myself a stop motion animator, working with fabricated puppets and so on. When I decided to make that video, I discovered the freedom I felt in 2D hand-drawn animation. I realized my work could be as good as my drawings would allow, and I didn’t have to struggle with the challenges of a low budget. This meant that I just needed a tablet and my computer to create animals and explosions, instead of having to buy materials to create every little thing in the scene.

The move from stop motion to 2D was incredible for me. I found that it was so much more authentic to how I feel when I animate, so much more liberating to express my ideas through drawing. Plus, it was the first time my work was seen by more than 50 people on the internet. I think much of that was attributed to the following of the band and the song, but I still think it created a lot of opportunities for me.

When COLLINS approached you to be one of the eclectic group of animators bringing "The Cube" to life, what intrigued you most about taking on this project?

When I was approached by Antonia Lazar and Jules Tardy, I guess I was mostly flattered that they wanted to work with me. I still feel quite honored to have been able to participate in this project with the other incredibly talented artists, Frances Haszard, whose work I love, and Dasha Chukhrova, also amazing. I was also into the psychedelic references they sent and the general direction they were going for. I was given boards and references for the project, but I was able to inject some abstract explorations into the electric close-up on the Cube.

In general, I’m very happy I got to work on a project that supports and celebrates the careers of pioneering artists in the creative industries.

"...it was as if I had no choice; I loved animation and the ability to define movement and physics, to give life to drawings and objects."

Your portion of "The Cube" exists solely in shades of red, pink and orange. How did you decide on such a bright, fiery color scheme?

I was inspired to use that color palette because of the explosion that preceded my segment in the sequence. I wanted this moment to be about radiating heat and energy, which is a feeling I associate with creative bursts of ideas and production. I also love the feeling evoked by the gradient of those colors, the warmth and the fades from one color to another in the environment were alluring to me.

What do you like most about your final output? Is there anything you would have changed, especially after seeing all of the other animators' contributions?

I love the tension in the colors, and the tension between solid 3D and fluidity of shape in the character. I think my work in general is a bit wilder and more abstract. However, the moment in the story called for a release of tension, so I’m happy I prioritized simplicity.

You grew up in Venezuela, you were educated in Boston and you now ply your craft in Los Angeles. How has each (very different!) location shaped the artist you are today?

I also lived in New York for three years between Boston and LA! Another very different city. I love how each one changes me, and the process of slowly adapting to the pace and quirks of each city. My environment really affects me creatively, and moving allows me to notice and appreciate the different behaviours and styles in the people of each city, like driving culture, or how acceptable it is to speak to strangers in a cafe, the demographics, the landscape, the angle of the sun throughout the year. I think moving a lot, and being at once an American and a first-generation immigrant, gives me the distance to observe and appreciate the things each city has to offer, which inevitably inspires me and makes me question my place as an artist and how I represent the worlds in my work. I’m also immensely grateful to the creative communities in each of the cities I’ve lived in, for being able to find a home in them.

You recently got your MFA in Experimental Animation. Do you have any exciting experimental projects lined up for 2019?

I’m currently working on an animated short film, directed by my fellow CalArts friend Zachary Zezima. I also have a few personal projects at the moment. I’m in the midst of a collaboration with my partner Nicholas Petley on an experimental short film we began in Spain during an artist residency last summer. Aside from that, I’m working to develop another short film which I hope will be more personal than my recent Heart Chakra, dealing with family history in a humorous and loving tone.

The ADC 98th Annual Awards continues to accept entries across a wide variety of creative disciplines. The deadline for submissions has been extended to February 8, 2019.

Clangs for the Speaking Body

The New York Times | Conception – I Lost My Daughter to Heroin, Can I Start Over With Her Child?