"Starting to freelance was scary at first, but now it has become the best thing that has happened for my career."

Next Creative Leaders has quite a reputation for helping to elevate amazingly talented women into creative director positions in various agencies and brands. But not every Next Creative Leaders winner wants to move higher up in the office's management flowchart. Some are more than content to leave that flowchart altogether and forge their own direction.

That's what has driven 2016 winner Kim Nguyen's future; after making an impact as an agency creative director, she decided to switch lanes and experience the triumphs and challenges of being a fulltime freelancer. Ahead of Monday's final deadline for Next Creative Leaders 2020 entries, we caught up with Kim to learn about her own unique career path.

What happened to you and your career upon winning Next Creative Leaders in 2016.? 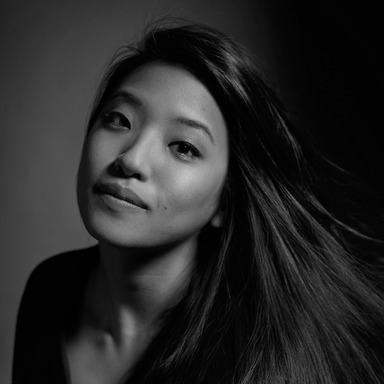 After winning Next Creative Leaders, I became a Creative Director at Preacher and I helped run the Crate&Barrel account there, which was an amazing learning and leading experience. I will never look at throw pillows the same way again.

Since then, the biggest move I’ve made was to start a freelance career. Deciding to leave a fulltime job was honestly the worst feeling because, at the time, I was so full of anxiety and self-doubt. There was this little voice telling me that I wasn’t ready and that my book wasn’t good enough and that I’d never work again. I was at a successful, rapidly growing agency with a wonderful team and the best clients, but I kept feeling like I wanted to try something new.

Starting to freelance was scary at first, but now it has become the best thing that has happened for my career. I’ve been able to create global campaigns for SoundCloud, Google, and ESPN. I’ve worked with so many amazing places now, legendary agencies like Wieden+Kennedy, in-house at AMC Networks, and startups like CALLEN and Arts & Letters. In a personal life highlight, I met Awkwafina on a commercial shoot before she became the first Asian American actress to win a Golden Globe.

What are some of the challenges and obstacles you've faced as a freelance creative?

A lot of freelancers talk about how they love how much free time they have. Yes, writing on my own creative projects or volunteering more when I have downtime is definitely a freelance bonus, but I found out that I don’t do well with lots of unstructured time on my hands. This is when new “hobbies” like cookie decorating or impromptu costumed dog photoshoots happen. It’s not a good look.

I actually love how freelance gives me a chance to work with lots of new people and see different ways agencies and teams are run. I’ve also gotten to hang out with so many old ad friends that I haven’t seen in years while freelancing. There is nothing better than working with nice talented people, and the advertising industry is full of wonderful folks. Getting to know more people is one of the best things about being a freelancer.

I’ve worked from home for most jobs, so a typical day for me is a lot like what everyone’s quarantine days are like now. Slack, meeting, writing, meetings-meetings-meetings, writing, lunch (maybe), slack, memes, meeting, fin. But unlike all the folks who had to quickly pivot to WFH-life, I was already used to working this way. Now my husband is here too, so I get to talk to a live human being more, and that’s been nice.

Is there a specific campaign you really loved working on?

I got to work with the absolutely incredible team at Arts & Letters on an ESPN project. The ask was to launch a female-focused campaign to bring more women to ESPN, which was already a great opportunity. As we kept working on this brief, we realized that we had created a platform that was flexible in a way that could also speak to the entire ESPN audience, and this became the new ESPN campaign for the entire brand.

"As we kept working on this brief, we realized that we had created a platform that was flexible in a way that could also speak to the entire ESPN audience, and this became the new ESPN campaign for the entire brand. "

“There’s No Place Like Sports” highlights ESPN’s most inspiring stories, but it is also purposefully and rigorously inclusive and diverse in its representation of the unbelievable athletes and moments in the world of sports. There are a lot of sports clip campaigns out there, but this one is special to me because it gives more context to the moments that move us, that make us fall madly in love with sports. I honestly had a blast working with this team, researching all of these amazing athletes, writing thousands of lines, and seeing what stories would make the cut.

Some people find the move to freelancing a little bit scary and uncertain. What advice do you have for creatives who are newly pivoting to freelance work?

Put on “hard pants” every morning–“Soft pants” like your sweats or PJ bottoms are tempting, especially now, when we could all use a little comfort in our lives, but I still put on work-appropriate clothes (including pants with buttons!) and get dressed like I’m going into an office every day, even if I know I am not going to see a single human face.

It makes me take freelancing seriously because it is a real job just like any other job. When you treat freelance like a career choice and not just something that you’re doing between fulltime jobs, it changes how you approach your work. Every gig is like you’re starting a new fulltime job. When I hop onto a new project, whether it’s in a CD or a creative role, I quickly get to know my team and try to figure out how to get the best work done there.

Just like being a fulltime creative, there are only so many things freelancers can control when it comes to making great work. Actually, we have a lot less control of the creative product than full-time folks, but you can make it a point to seek out agencies and people that you respect who have done work you want to do. Then just bother them (but not too much!) until you can get on a new project.

What would you tell a woman or non-binary creative who has been thinking about applying for Next Creative Leaders this year but may be a little hesitant?

Maybe you’re hearing a little voice telling you that you’re not ready, or your portfolio isn’t good enough, or you don’t have time. IGNORE THAT SHIT. You are ready. Your work should be seen now. You can make time. Just apply and see what happens, because that little voice is dumb.

"Maybe you’re hearing a little voice telling you that you’re not ready, or your portfolio isn’t good enough, or you don’t have time. IGNORE THAT SHIT. You are ready."

Are you a talented woman or non-binary person with creative work to share? You should enter Next Creative Leaders! The final deadline to enter is August 10. Behind the Mac - International Women's Day 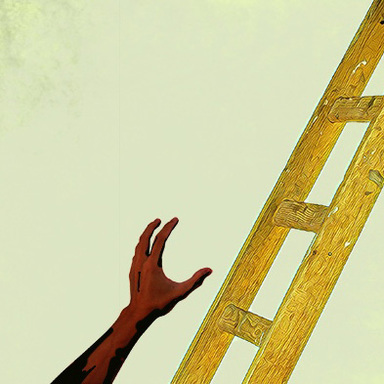 ONE School Students Reach For Their Spot
Class is in session, as the first ONE School students prepare to make a mark on the industry Nedal Ahmed: No Apologies
"My wish for Black women is to have the space to be their full and true selves, unapologetically." 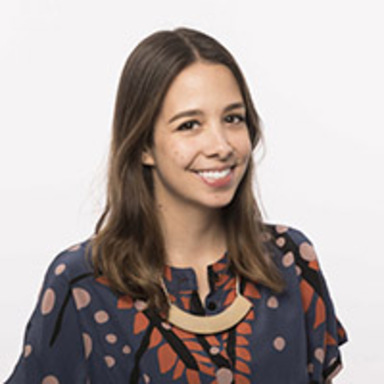 Bianca Guimaraes : Mischief Maker
"...starting an agency during a global pandemic in the middle of a recession is definitely something I didn’t expect, and I couldn’t be more psyched about it."