I moved around a lot as a kid. I lived in something like 13 houses before I was 18. I think all that change instilled a sense of restlessness in me. I actually get a little stir crazy when I’m feeling too comfortable, too settled. On some level, it probably informed who I am as a creative to have this nagging itch to go someplace new, even if that new place is scary.

I crashed a Crispin Porter + Bogusky holiday party and found out they were looking for their first class of interns for the new Boulder office. I spent the next few days furiously cobbling together a portfolio of a few spec ads and some crude marker comps. When I got the call I was accepted I had no idea the drastic ninety-degree turn my life was about to take. Crispin had just won Agency of the Decade and earned its nickname “the factory.” Getting thrown into the churn and burn was exactly what I needed. The alchemy, the obsession, the misfit attitude in the creative department was intoxicating. It introduced me to some of the wildest thinkers—people I’m still close to today. One of them happens to be the venerable Neil Heymann, our Global CCO at Droga5. (I think I’m also contractually obligated to mention Droga5 won Agency of the Decade in 2020.)

Our “For the Throne” campaign for HBO stands out for sure– from pitch to concept to production, the sheer difficulty and scale of it alone makes me proud. We had dozens of brave clients and partners who had to get over their rivalries and come together to create something bigger than themselves. It proves something I believe– that the best ideas are not the ones protected, but the ones shared. It was cool that it became something not just recognized in the circles of advertising but by the harshest critics of all — the fans. My mom is a fanatic and read all of the books and absolutely freaked that I got Hafþór Björnsson, “the Mountain,” to fake crush my skull. The things you do for love, as it goes.

What does being named a Next Creative Leader mean to you?

That I’m doing something right. I’ve spent way too much time in my career worrying about not being good enough. I realize that a little positive reinforcement goes a long way. Now as a Next Creative Leader, I can look out for other women whose impostor syndrome needs squashing.

As I’ve gotten further in my career, I’ve done a lot of unlearning– shedding the things you don’t need and figuring out what to keep. Abandoning of misconceptions. Learning to write less formally and more personally. How to edit. How to rationalize less. How sometimes the best writing can break every written rule. I’ve been lucky to have some great mentors who taught me how to weed out what’s important.

What is your secret (or not-so-secret) creative super power and how do you flex it?

I have the memory of an elephant.

Your work for NYT is incredibly powerful—in part because it speaks to an experience you’ve had as an underrepresented voice. How does this personal experience impact the way you show up as a creative leader?

As a woman in advertising, I have felt the struggle to be valued, be heard — hell, even be in the room where decisions are made. It’s a frustration that made the New York Times film “The Long Fight” very personal for me. I connected with the idea of not just being handed an equal playing field but having to kick and scream for it. In making the film, we compiled over 50 years of headlines to tell the story, and doing the research reminded me that change never happens quickly. Billie Jean King lit a torch that is still being carried by Megan Rapinoe today. In order to really leave a lasting mark, you have to persevere in the long fight– those are the stakes.

What do you feel is the biggest challenge facing the creative industry right now and how would you solve it?

We need to diversify the creative class. But how? Personally, I think it’s about solving the problem right at the source. You know how people say, “I just fell into advertising.” That’s the part we need to fix. It’s accidental. Instead, we need to be intentional about seeking out new voices. It’s less about opening the door for people and more about showing them that the door exists in the first place. Finding brilliant talent who don’t know having a career in advertising is even an option. This is where we have to be more deliberate.

What’s the biggest lesson that 2020 has taught you?

I don’t need this many shoes.

How have you pivoted your creative process/the way you work while sheltering in place?

Hunkering down in a hermetically sealed apartment in NYC has definitely cut off a lot of my inspiration feeder tubes. But because there is more time and focus at home, I find myself going down deeper rabbit holes. For better or for worse. Which is why I can't really answer this question right now because I'm too busy researching the origin of Fabergé eggs.

I try to remind myself that problems fuel creativity. The worst brief is the one where there’s nothing to solve — it creates inconsequential wallpaper work. We are ultimately in the business of solving problems– it gives the work meaning. From that perspective, there have never been bigger briefs out there with enormous stakes.

How are you caring for yourself during this stressful time? Any self-care tips and tricks you can share?

I realized not every screen has to be a work screen. I recently removed my work email and chat from my phone, and I’ve never felt so liberated. If I can limit one screen in my life and free up a few RAM of mental space, then I consider that a small win.

How are you working to celebrate, support or elevate other marginalized voices and experiences?

I believe deeply in giving a platform to new perspectives in advertising. On the West Coast, I volunteered at Writegirl, a nonprofit for inner-city teenagers interested in honing their skills in writing. Now in New York, I’m an advertising staff professor at the School of Visual Arts. I teach at the D5in10 Academy — Droga5’s night school that seeks to diversify the talent pool with classes for students with no formal advertising training. More recently, I was selected to take over a managerial role of helping curate what the program looks like during COVID. I also help manage Droga5’s Miami Ad School intern program, which taps international students from every fold of the map. It’s been nice to watch interns inject a bolt of energy into the creative department — so much energy I’ve had to tell them not to sleep at the office. (To be clear, Droga5 does not promote anyone sleeping at the office.)

Creativity can save the world. What real world problem would you want to tackle with creativity, if time, budget and logistics were not an issue?

The issue with saving the world and global problems like climate change is just that — they’re seismic. It can be really paralyzing to feel like any program you develop would just be a drop in the bucket. I think in a dream scenario, I would work on filling a smaller bucket. Solving something more tangible, like say, planting a billion trees.

What or who is currently inspiring you?

Is it strange to be newly inspired by something 3,000 years old? Homer’s Odyssey has been really enlightening to reread at this stage in my life. I have the type of personality that is always trying to get to the next benchmark, grip the next rung. This book reminded me that it’s not just about finding your way– it’s the voyage, even when it feels more like a saga, that’s the adventure.

Caring more. About people. About the creative. At one of my first jobs, I heard in a review that I was “too passionate.” It hurt at the time, but looking back, I think it’s such bullshit. Passion can be labeled as a pejorative feminine quality. Yet passion and care are the only things that got me anywhere. It’s what makes good work and it's what makes good people want to work for you. I hope I can promote more women to be more passionate—that’s the point.

If you could go back in time, what pivotal advice would you give yourself before your first day as a professional creative?

I read something recently that stuck with me. The idea that the useless days all add up to something. The wasted hours, the terrible jobs, the bad luck, the orphaned ideas, the dead ends. It’s all part of your becoming. 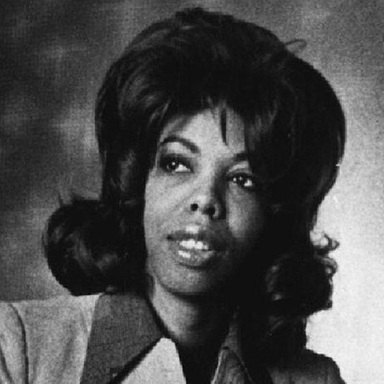