Parenthood has often been called the toughest job—and one Coca-Cola Life commercial attempts to reveal why so many take it on. Showing two parents put through the ringer by their first child in their initial years, you’re not completely sure how they’ve come to view family life. When the wife reveals a positive pregnancy test at the end, you might even fear the worst from the father.

But what you get is one of the truly priceless moments in advertising—unabashed joy rarely equaled on screen.

“We started the thought process by thinking about life moments where a person's best side could arise,” says Sebastian Wilhelm, executive creative director of Santo. “Which sort of conflicts could spark something good in people, even against conventional wisdom? Being a parent was one of the obvious ways to go: you wouldn't tolerate a fraction of what your offspring put you through from anybody.”

The initial script had a series of vignettes of joyful parents-to-be in the moment of a positive pregnancy test or sharing the news. A child’s voiceover tells the parents about the trials of life ahead. But then Santo made the decision to get more visual, creating a list of moments parents would relate to. “It was important to show that while they were stressed out, they were not annoyed with their son,” he says. “My own favorite moment…the stepping on the Legos.

The commercial also left out dialogue altogether, pinning the spot’s success firmly on the final moment. “We knew straight off the bat that what would make or break this spot was the father's reaction to the second positive result,” he says. “We wanted to cheat the audience into thinking that he's having a breakdown and then turn it quickly on its head. When we shot that moment we tried different ideas, but the shouting was a clear winner because it's a strong emotional outbreak that works both ways. Besides, it really matched well with the soundtrack to achieve the tonality we were after: emotional comedy…It's all in his eyes. Not an easy performance.

As their first campaign for the new product, they wanted “to create a DNA for this brand”—and clearly achieved this. Says Wilhelm: “Right now we're working on the new spot and this benchmark we set for ourselves gives us a compass. Now we want to delve deeper into human conflicts and see how the characters resolve them in a good, surprising and natural way. We've also learned that it's great sometimes to go into crisis mode: when the animatic for the original script didn't work it was late in the process and a lot of alarms went off. We ended up with a much better spot.” 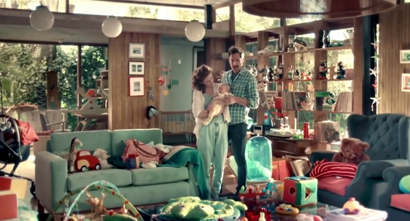 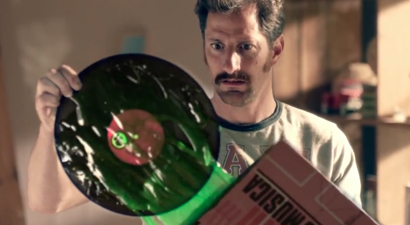 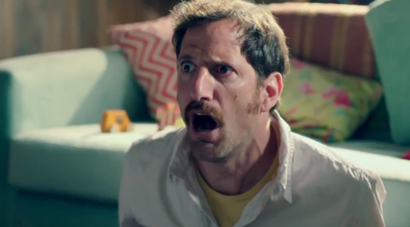 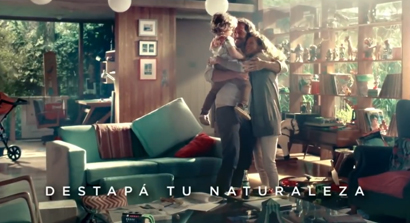