“The idea came and it was clear: this is THE idea,” says Cosimo Möller, creative director at Munich-based Serviceplan Gruppe, one of the largest independent agencies in Europe. He is referring to the Eureka! moment that led to client Austria Solar’s annual report whose text and graphics are invisible until revealed by sunlight. Indoors, the pages stay empty; outdoors, the content is revealed. Visually arresting yet stunningly clever, it was a particularly appropriate solution considering that Austria Solar is an innovative leading Vienna-based trade association for companies whose stock in trade just happens to be solar energy.

Möller reportedly came up with the brainwave while standing outside on his back deck staring at piece of paper one sunny afternoon last October. “After we got the brief [to find an idea that suited perfectly the client and its business] I was thinking about it with my partner,” he says. “And the idea came within two to four minutes. Than we asked production if this is possible … and then we asked our art director to find a way to execute it with a great look.”

While annual reports are rarely viewed as the most thrilling or exciting of accounts, this transcended the genre. (“This wasn’t a big thing. This is an account like every account in our agency,” explains Möller.) But having come up with the idea, putting it into practice was the next hurdle, and required an innovative printing technology. “We used photo chromatic [light-sensitive] colors,” explains Möller. “This technique was never used in this special way of printing, so we tried and tried with our printing station until we were satisfied with the result. That result was a document whose printed contents were only visible under sunlight. All in all, I think we spent about six weeks on it.”

Not a bad use of six weeks. The client certainly thought so. “Mr. Hackstock, chairman of Austria Solar, is very innovative. He loved it from the beginning and said: ‘Yeah … this idea is … Austria Solar,’” says Möller.

The report was printed with a limited special edition and was sent to members of the Austrian solar organization, as well as representatives from business and politics.

Roger Hackstock himself has been quoted as saying, “They talk about us in the agency world and we try to take advantage of it, which benefits our industry image. Our industry representatives are enthusiastic about this innovative report. Politicians have partly taken notice of the report, but haven’t reacted yet. However, we are working on that.”

To Möller, every award is like a “one-minute beauty. I love this work, not the fame. I brought awareness and I think every success brings other things,” he says, somewhat philosophically.

And as for how to top this, “Ha, ha! This is the other side of fame and it will be a real hard piece of work,” he says. “But all in all, we have a method for reaching outstanding results: Don’t work, play! And, think it possible.” 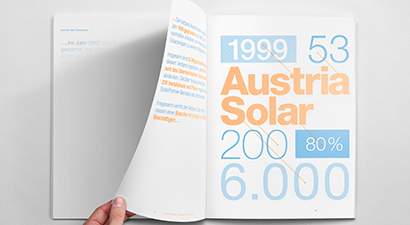 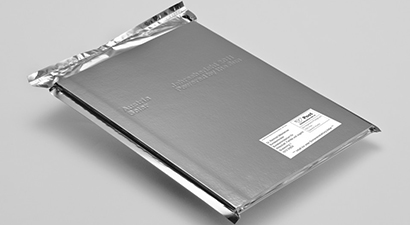 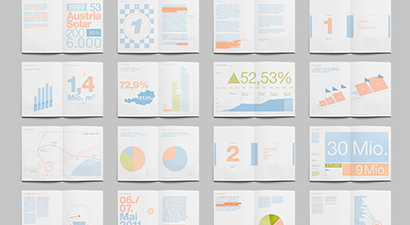 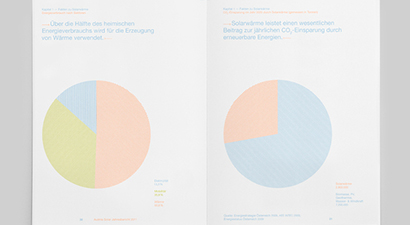 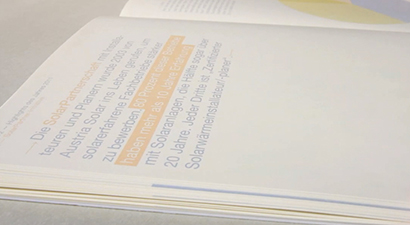