What’s the first thing they teach you in bank robbing school? Right—Keep the car running. There’s nothing worse than pulling off a successful cash-grab and then having to do time because the car wouldn’t start.

Translation– Want to be more creative on demand? Be creative always. Keeping a sketchbook / idea book / compost book – whatever you want to call it, is a great way to keep the car running.

Creativity is fueled by exposure to new things—like fire to oxygen. A nice, sloppy sketchbook is a perfect breeding ground for new ideas. Amazing stuff can happen when you combine seemingly unconnected things in random mashups.

Snippets of conversations heard in deli lines, old family photos from the ‘70s, bad poems you’ve written to exes, (f)ugly club flyers, song lyrics that make you cry, a receipt from the dry cleaners that has a cool logo, super-beautiful, type-tastic subway tickets from Stockholm—anything that stopped you for a split second (good or bad) is worth curating because you never know what it will rub against and be a catalyst for. Doesn’t matter really—It made you stop and pick it up and that’s reason enough.

There’s no one way to make a sketchbook. The only rule is that you consistently fill it with whatever captures your attention for more than a nanosecond or any thoughts in your head that need a place to come into the world. (Makes for more room in your head.)

Unintended consequences of keeping a sketchbook include:

•  You will begin to notice things that you walked past a hundred times before and be compelled to now somehow document the peeling paint on the dry cleaner’s sign on the second floor and deposit it in your sketchbook. ( Find a way)

•  It creates its own gravitational pull for more stuff (FEED me Seymour!!!)

•  People at first will be frightened and/or repulsed by your shift to micro hoarder/ picker-upper of things on the ground, but they will come around (trust me) and sooner rather than later, they’ll start bringing you things, (“Uhhh...I found this in a dumpster and I thought of you.”) (True story ) and soon you will soon have a found object army at your command.

•  It becomes a tool for helping define your personal aesthetic and works equally well for both visuals and for writing. Having a high and low measuring gauge empowers you as a creative person by sharpening your sense of what you think is beautiful/successful and ugly/failed. You can make more informed aesthetic choices and have reference to back up your decisions.

•  If you’re single, having a sketchbook at a coffee shop is better than having a puppy—same amount of attention, but it’s a very effective boring person repellent.

•  Last, but perhaps most important: it’s an outlet to something fun and creative for you. Something that is not client driven, something that reminds you why you disappointed your parents and didn’t choose a career they understood in the first place—because you like being creative. Creative for the sake of being creative. A sketchbook provides an uncommon source of personal dominion. You don’t have to explain one single thing in your sketchbook to ANYONE...EVER... and that’s cool. Cool and rare. Cool, rare and fun. Seriously, though... Keep a sketchbook. Housing all the weird, fascinating shit you’ve found/collected over the years that’s sitting in a junk drawer or shoe box or paper bag full of unthrow-outable stuff... at the very least is a reminder to yourself of the joy being creative brings you.

Jim Wojtowicz is a recovering Creative Director turned artist and educator. Following 16 years in the industry, he ran the Advertising Design program at Art Center College of Design from 2010 to 2012 and currently is the Director of Art Direction and Industry Development at Academy of Art University, School of Advertising in San Francisco. He's also the founder of WorkPlay, a creativity training company that helps businesses and individuals enhance their innovation and productivity through seminars and workshops. 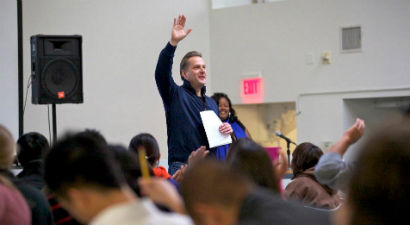 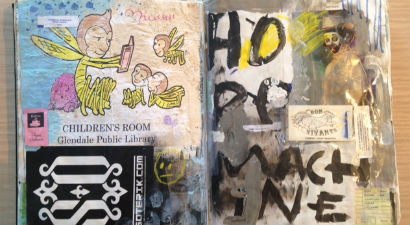 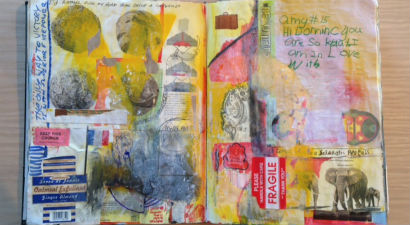 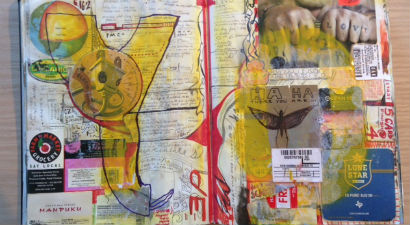