Dispatches from The One Show Judging

Greetings from Santa Barbara. It was a great honor to judge The One Show again. The most telling things are always the short bursts of conversation during five-minute breaks between judging. Or over a few rounds of drinks – which are harder to remember. Here are the recurring topics, big and small.

OUTSIDE VERSUS INSIDE
For anyone who hasn’t judged The One Show, it goes a lot like this. Most of your time is spent in a dark, I mean really dark, room, with the temperature set at “meat locker.” But I truly believe this is by design: the cold does keep you alert and focused. It’s fun to watch all of us emerge from the breakout rooms like vampires who’ve been unceremoniously dumped out of our coffins and into the sun of Southern California. No matter how long we’ve been here, we’re shocked by that fiery ball in the sky and that gives warmth.

CATEGORY SQUATTING
The most asked question is “Does this really belong in this category?” Anything that appears on YouTube magically finds its way into 3 to 5 different categories. And any case study that is shot in sunlight means that entry could appear in any number of ambient/experiential/direct/guerrilla categories. When things get entered into too many of the wrong categories, the judges get cranky. And because the judges only bring this up when they like something, the worry is that judges are still cranky when work IS in the right category.

1.7 BILLION MEDIA IMPRESSIONS
A lot of the entries are built around the classic Aristotelian story arc (AKA an Effies case study video). Bad shit followed by really bad shit (problem). Then crisis. Then hero saves the day (creative idea). Ending at resolution (incredible campaign results). Comically, most entries seem to deliver a 1500% increase in Facebook likes, 3 million tweets, and over 1.7 billion traditional media impressions – which is greater than the entire population of China. Drama aside, it’s often hard to see the real idea – which is all the judges are really looking for. Thankfully, the great ideas always shine, no matter what they're sandwiched between.

OUTDOOR INNOVATION
There seemed to be a higher percentage of interesting ideas coming in the innovative outdoor categories. Why? The old rules of OOH still apply: the idea has to stop on a dime. Literally. Including all of the crazy wiring, coding and technological stuff that must accompany it. I loved viewing these categories.

TEXTING, SEX TRAFFICKING AND HAND WASHING
(Not necessarily in that order) I felt we saw an inordinate amount of public service-oriented work. Sure, a lot fell into the traditional bucket of pro bono done for struggling non-profits. But a lot was done by well-funded corporations buying some karma back. In that mix, we saw a lot of texting and driving. A lot of modern day slavery in the guise of sex trafficking. And a lot of simple hygiene efforts - hand washing - running in developing countries. As always, incredibly moving work.

MR. RISWOLD
There is always one judge who uses The One Show simply to hold court.  Which is saying something when you’re gathering big honcho ECDs from all parts of the globe.  We all become bit characters and extras revolving around one singular character. When I judged The One Show years ago, that person was invariably Bill Westbrook, who lead everyone around like the Pied Piper. This year, that honor falls the indefatigable industry icon and treasure known as Jim Riswold. His acerbic, genius wit matched only by what I believe to be a deep heart. (But don’t tell him I said that.) Anyone who can lump Hitler, Gump Worsley (Google him), Bugs Bunny and Leukemia into one conversation without effort is, well, a Hall of Famer. 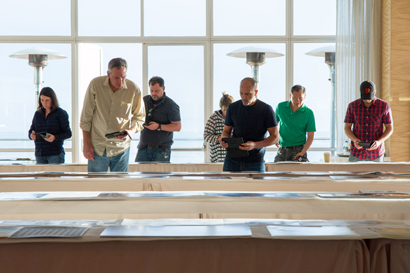 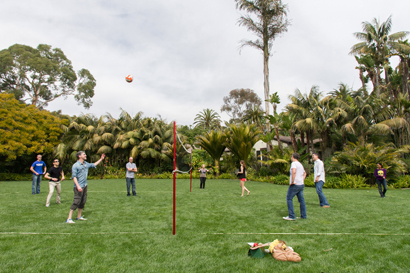 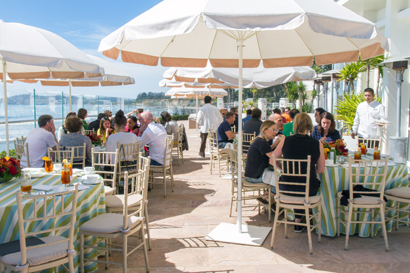 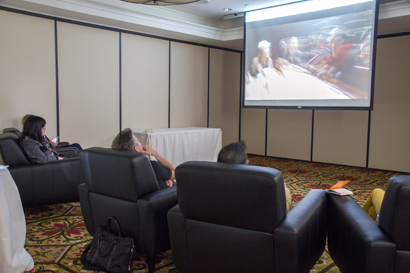