Video games have come a long way since the days of Atari and Sega Genesis. With the advancements in mobile phone technology, instead of sitting in front of a television to play, people can keep their games with them right inside of their pockets. While games like Candy Crush and Angry Birds have taken over the mobile game marketplace, Motorola enlisted the people behind Oscar-winning Ratatouille to help create not just a game but also a story.

Windy Day, a Motorola Moto X exclusive “game,” follows a mouse named Pepe chasing after his hat through the forest on a windy day. What makes the app standout, however, is that the user has full control of the camera. If a person turns or swings the phone around, the camera moves with it so he can see the entire surroundings of the forest. For example, the user tilts the phone up, and they see the sky.

The app’s creator, Jan Pinkava, was approached by Motorola to design the app because of his work with Pixar. Pinkava and Motorola do not consider it a game, though; it’s a story. Pinkava even compares Windy Day to street theater.

“If you’re too busy to stay and watch, you move on,” Pinkava said. “If you’re intrigued, you stop and watch.”

Users do not necessarily have to follow Pepe the whole time. They can branch off and explore the forest, but because the story is happening in real time, it waits for the user to come back.

“You might find another Easter egg of fun that we’ve placed for you,” Pinkava said. “It’s like we’ve rewarded you for looking the wrong way.”

Because it is user controlled, there will always be something more to explore—as Pinkava says, “you won’t move the camera the same way twice.” Pinkava actually does not even know how long the game is, but on average statistics show that people play for an average of six minutes because they want to explore. Some, however, have played up to 45 minutes without it coming to an end.

Baback Elmieh, the technical project lead, said that while phones have become utilitarian, they play an integral role in people’s lives. Part of the inspiration for Windy Day was to “humanize” the phone with emotions. Jan Pinkava and Pixar knew how to tell an emotional story—and tell it well.

“I hope it will have an impact on how people expect to see stories and narrative content on a mobile device,” Pinkava said. “Because it feels like and what we’re aiming for is to create something that is native to the device. It’s really intended to be on the phone.” 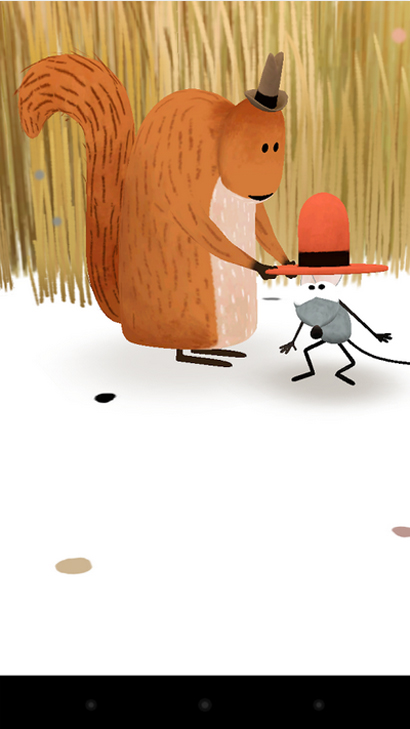 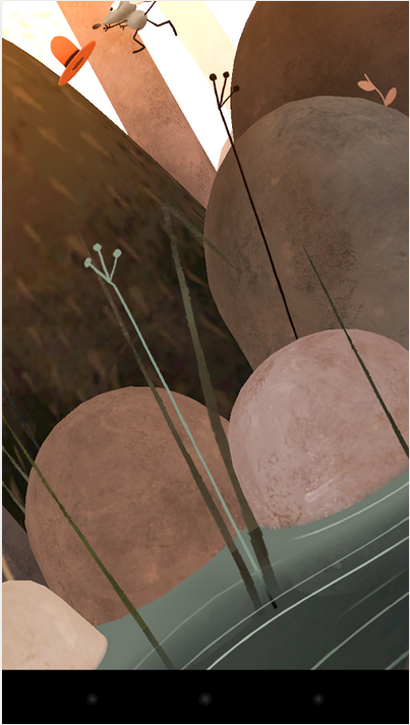