INSIDE ONE SHOW JUDGING

noun
1. A process or record of research in which detailed consideration is given to the development of a particular person, group, or situation over a period of time.

2. A particular instance of something used or analyzed in order to illustrate a thesis or principle.

Thanks, Google. But trust me, we know what a case study is. We’ve been looking at them for years now.

In fact, it’s safe to say, we’ve perfected the art of the case study. Year after year, we’ve evolved it. Pulled it in every direction. Learned to work it. Dissect it, tweak it, reinvent it. What started as a simple way to tell the story of a comprehensive campaign has now become a must-have for almost any piece of work.

And now, it seems like we’ve reached the point of homogeneity. There’s a clear formula out there, one easy to Mad Lib without much effort.

“When ___ asked us to help them ___ we didn’t just make an ad, we created the world’s first ___ . The results were amazing. Over ___ in earned media impressions, more than ___ views, and more importantly, ___ tweeted about it. [Insert collage of media publications.]”

And while this template lets us focus on the content instead of reinventing the wheel every time, it also makes watching them in bulk a mind-numbing experience.

And that’s where things get a little tricky. It’s becoming harder and harder to pull apart what’s truly meaningful work from what’s simply ok work packaged very nicely. Especially when your mind is pretty numb (and over-caffeinated). My point is, we’ve gotten good at this case study thing.

So now it’s up to us to keep an eye out for the things that make an idea, campaign or any piece of work truly good and meaningful, beyond the givens of just creativity and craft.

And the good news is, some of those things are the same things we ask ourselves and our teams when evaluating our own work everyday, before it even gets made.

I imagine it’s a bit like birdwatching. There are a ton of birds out there, but you have to keep an eye out for what’s a Philippine Cockatoo and what’s just a well-groomed Pigeon.

And while I’m no birdwatcher, here are some of the things I’ve learned to identify, in no particular order.

Scalability: Was this truly a thing that everyone got to see or at least hear about?
BIRDWATCHING TIP: Did your friends outside advertising know about it?

Culture: Did it leave a positive dent in the world? Is it in the vernacular? Did it start a debate, change a conversation or create a new behavior?
BIRDWATCHING TIP: Search for it on Twitter (or ask a cab driver about it).

Collaboration: Did you have to convince the client and “sell it” or was it a no-brainer?
BIRDWATCHING TIP: If you didn’t have to spend much time on logic and skipped straight to “that’s what our brand stands for, fuck yeah we should do this” — it’s a good sign.

Success: Did it catch fire in the world or only in our own little world?
BIRDWATCHING TIP: Pause on that logo collage. While industry accolades are awesome, there’s something to be said about work that transcends it. A New York Times logo is worth the weight of at least five advertising publications together.

So, when in doubt, remember what Spider Man’s uncle told him, “With great power comes great responsibility.” Or was it Voltaire? Regardless, these are wise words we should keep in mind whenever making, judging or enjoying our next case study. 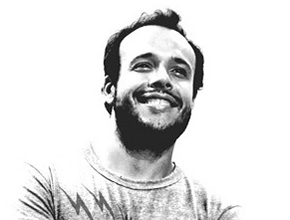