Is Print Down For The Count?

Final judging for both the ADC 97th Annual Awards and The One Show 2018 is officially underway! Over the next three weeks, more than 200 esteemed creatives from all corners of the globe and across a multitude of disciplines will be selecting who will take home a coveted Cube or Pencil this May at Creative Week.

While flashy new technologies and mediums tend to get all of the oohs and ahs from the judges, both the ADC 97th Annual Awards and The One Show 2018 still boast an impressive number of traditional print entries. But how does a medium that has been around since Gutenberg fare in a world of smartphones, augmented reality and pop-up experiences? We chatted with Greg Braun, Deputy Global CCO of Commonwealth // McCann and ADC Advertising Jury Member, and got his thoughts on the state of print advertising today.

It's 2018, and everybody is looking for the next social media channel, the next technological innovation. In that media landscape, what does print advertising even mean? 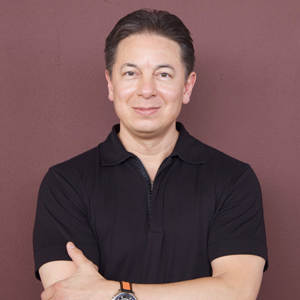 I've really been thinking about this after we judged the physical print work. It's true that all of our agencies are aggressively pursuing the newest technologies and mediums, and so many of the headlines of our industry are riding on that.'But being in that jury room, surrounded by the very best print work from around the world, that really struck me.

If you will allow me to be corny for a moment, I was thinking about the Winter Olympics that just passed. You have team sports like ice hockey, or you have sports that rely on specialized equipment, such as snowboarding, speed skating or bobsledding. These are kind of like the other mediums in our industry. But if print were an athlete, I'd have to go to the Summer Games and say that print is like a boxer. There are no teammates, there's no fancy equipment, it's just alone in the ring on its own merits. There's a purity and a simplicity to print, and thus it absolutely has to be good on its own in order to work. When print works, it's obvious to everyone, and when it tanks, it's just as obvious, just as exposed. Craft is pretty much the only tool print has, making it the sweet science of our industry.

To continue your analogy, do creatives even want to be boxers anymore?

Well it's true that there simply is less print in the world, good, bad or whatever. There are fewer magazines and newspapers, and so the opportunities for creatives to hone their print skills are fewer than before. That means that the print that does exist has to work harder than ever to get noticed. I find that the creatives that still take to this medium are those who still sweat the details of art direction and great copywriting, of photography and design. This is why I greatly appreciate the ADC Annual Awards' focus on craftsmanship — it shines a light on the boxers of our business.

"I find that the creatives that still take to this medium are those who still sweat the details of art direction and great copywriting, of photography and design."

What stood out to you in the jury room? What were some of the hallmarks of print done well?

Ironically print is no longer the poster child of our industry. Knowing that print has to work harder than ever, the entries that struck me the most are the ones that broke norms. And I don't simply mean that in terms of creative originality — that's the price of admission. I mean cultural norms and communication norms.

One poster I particularly liked was from Japan, created by Dentsu. The goal of the ad was to introduce sumo wrestling to the younger generation. To most Westerners, we see sumo as two gigantic forces colliding, when in reality there's is a finesse and an art to the sport. Dentsu's poster displayed nearly a hundred different techniques to demonstrate the subtlety of the sport, and to further turn things on its head, the moves were demonstrated by athletic schoolgirls.

Funny that we've gone from boxers to wrestlers…

(laughs) That was purely coincidental. But I do believe this was a fascinating entry, and a great example of what the very best of print could be. It showed me that even in a world dominated by Snapchat or VR, when print is done well, it truly belongs in the middle of the ring. And yes, I'm continuing the analogy.

Judging for both the ADC 97th Annual Awards and The One Show 2018 continue through to April. All winners will be unveiled during Creative Week, May 7–11