Well into the second month of a globe-spanning lockdown, and feelings of loneliness can't help but creep into the mindsets of an untold number of people across every continent. Hiding from the disease means hiding from humanity, but to paraphrase an old lyric from The Police, it seems that we're not alone in being alone.

Oakland-based interactive artist, film director, and Young Guns 10 winner Ivan Cash combats the isolation of quarantine in his latest film project, entitled "A Social Distance". Social experimentation and human connection have long been trademarks of Ivan's oeuvre, and this time around, he's uniting 30 disparate souls from around the world, showing that even in isolation, humanity can be as one. We chatted with Ivan about how his latest project came together.

So many of your past projects play center on the idea of human interaction and connection — I'm remembering things like "Agent of Connection", "Phone Life", "The Passenger Project" and "Last Photo". What is it that draws you to such concepts? 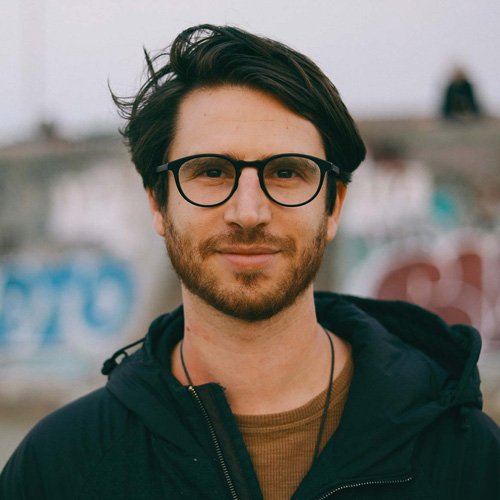 When we interact and connect with other people, there's a shared humanity and an intimacy, however fleeting, that we experience together; isn't that what we're all after? It's like the opposite of loneliness — which, as a sensitive boy, I felt a lot of growing up.

And now, all of a sudden, the whole world has been thrust into "social distancing". What were some of your early thoughts of the situation, and how did they change as it became apparent that this outbreak was a far bigger deal than originally believed?

If you're anything like me, it's been an emotionally taxing past month-plus, to say the least. With so much loss, uncertainty, and fear across the world, it's hard to know how or where to focus our energy, and it's all too easy to lose faith and feel hopeless.

One might find it consoling, however, to consider — as I have — all the different people around the world, who are also being forced to cope with the exact same, unsettling experience. We are physically alone, yes, but we're also all connected in this way.

“What if we could show the solidarity of all of the socially isolated people around the world?” I wondered aloud on the phone with my good friend and talented choreographer Jacob Jonas in mid-March. This would serve as the inspiration behind A SOCIAL DISTANCE.

Looking at your other social experiment projects, such as Snail Mail My Email and Selfless Portraits, I'm sure that the creative wheels were quickly turning regarding the possibilities in this project. How did you and your collaborators decide on what to do, on the subject and the process of this short film?

Both Jacob and I have a lot of experience creating crowd-sourced content, even before COVID-19, and so there are some best practices we implemented for the film. It really comes down to giving lots of direction, even small details like asking everyone to film vertically, wear dark clothing, and film during the daytime so lighting is optimal. We spent about a week workshopping the tasks with a small team before sending it out to make sure the tasks were clearly explained, giving us the best results.

"It really comes down to giving lots of direction, even small details like asking everyone to film vertically, wear dark clothing, and film during the daytime so lighting is optimal."

I'm sure that a project of this scope, with so many separate components, comes with some unique challenges...

The biggest challenge was getting the word out and soliciting people to participate. Once we received over 100 submissions from over 30 countries, we knew we'd be in good shape. Jacob and I are grateful to have had such a talented multidisciplinary team at our core. That said, we definitely underestimated the logistics of sourcing content from people from over 30 countries in the middle of a pandemic and were lucky to work with amazing producer Jill Wilson and project manager Louie Jimena who went above and beyond to make everything go smoothly.

Were there any little serendipitous moments that just made everything a little bit better?

The little "human" moments were the best, like the woman whose child is asking her what she's doing while she films. "I'm just.... filming" "What's filming?" I loved moments like that.

How the hell do you get musicians to collaborate when I can't even keep my Zoom from chipping out in a meeting?

Steve Hackman deserves a ton of credit for creating a phenomenal original score and inviting musicians from around the world to play it. Luckily, we didn't need to organize it live, and so if there was an issue with any of the musicians, we could always ask them to re-record it.

When we get to the other side of this pandemic, what new bits of wisdom will you be able to tuck into your repertoire?

I think the learning is that even in the direst situations, there's always room for — and maybe even a necessity to — create messages of hope and togetherness.

Young Guns winners and One Club for Creativity Members get featured here on the One Club website and across our social media channels. Have a new project you'd love to share? An upcoming exhibition and you'd like us to help spread the word? Drop us a line at membernews@oneclub.org.