With some commercials looking like blockbuster movies, the pressure can be on to spend like there’s no tomorrow. But the present and past show us that a good portion of the most creative ads has been low-cost and highly creative. We checked in with a few in the business to get their takes on the best commercials ever done with a limited production.

James Ward, creative director for Saturday Brand Communications, still chuckles when he considers a certain dental hygiene ad. “It was for a night time mouthwash,” he says. “It was a couple in bed and the woman had the blinders over their eyes…And the man had blinders over his mouth.” Ward believes there’s a certain victory in spending less and getting more creative. “You realize that anybody can execute a low budget idea for their clients…” he says. “It’s called creative for a reason.” One more favorite from Ward? “A (print ad) with a guy wearing an outfit and under him it says ‘Nerd.’ Then the same guy in the same outfit on a Vespa. Now it says ‘Hipster’ under him. Loved it!”

And, of course, it doesn’t have to be national. Take a Rhett and Link shoot. “Ojai Valley Taxidermy was huge,” says Kevin Carnes, associate creative director for air INTEGRATED. “It was just a guy who keeps on saying, ‘You think the animal is alive but it’s actually dead!’ The way he said it, some may think of it as bad taste but it was very funny. He’s comfortable with what he does for a living and it made people respond.”

Mark Szczepanik, creative director at the Adcom Group, also mentioned the taxidermy ad as an all-time standout and had a certain affection for a recent commercial offering a direct approach to sporting goods. “The ad that simply has a guy tell you his name is Mike and then talks about golf clubs—over and over,” Szczepanik says. In fact, 40 seconds worth of video has Tennessee native Mike Hixson saying “We buy golf clubs” an impressive eight times. And from the number of people talking, it’s a good bet that he has a few more sets to swing.

Still, serious ads don’t necessarily require an impressive budget either. “I was really impressed by the UNICEF Pinterest campaign,” Ward says. “It was a Pinterest board with a fictional girl and it has life items pinned—soap, water and on it went. It reminded you about what was really important…it’s just one more example of how all you need is a great idea to reach people.” 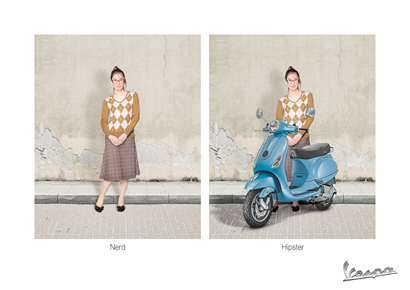