Ephemeral, yet memorable, our Publication Design Jury Chair believes that the greatest magazine designs have energy and voice

Luke Hayman, a partner at Pentagram, built his creative reputation on inventing and reinventing media titles. He’s redesigned Time, The Atlantic and New York Magazine, among others, and most recently, collaborated with Netflix to launch the streamer’s new journal, Queue. So, it’s fitting that a magazine helped him envision his future career path at the tender age of 13.

Growing up in rural England, Luke was attracted to the arts at a young age —art class was always his favorite, he recalls — but it was during a visit to London that a publication captured his imagination: Creative Review. “Instead of buying a record, I bought this magazine. It was full of illustrations, posters, record covers,” he remembers. A subscription soon followed and a concept for a career in art communications was born. “It was an eye-opener for me,” he explains. “It got me excited about that world.”

After studying graphic design at London’s Central St. Martin’s School, Luke moved to New York City and soon made his mark in publishing with attention-grabbing magazine designs, as creative director at I.D. Magazine and later as creative director for Travel + Leisure and design director for New York. In between, he worked at brand design firms such as Lippincott and Ogilvy & Mather’s Brand Integration Group and joined Pentagram as a partner in 2006.

There Luke’s design challenges have included everything from an updated Mastercard logo and an identity program for technology company Keap to the Grammy Award-nominated cover art for The National’s “Sleep Well Beast.” Currently, he’s figuring out how to best tell the story of a New York City landmark, the Chrysler Building, which has new ownership. “There is a story behind why this is such a fantastic building and an important part of New York that people connect with emotionally.”

The project is sure to be noticed when launched, as much of his work has throughout his career. Hayman has been recognized by the American Society of Magazine Editors, the Society of Publication Designers, D&AD, AIGA and of course the Art Directors Club and the ADC Annual Awards. Still, he’s modest about his accomplishments. “I’ve been fortunate to have worked with a lot of really good people,” he notes.

Luke's many years of editorial experience still serves him well, he says. It is all about storytelling, and he continues to enjoy the collaboration with clients and editors alike. In addition to the recent introduction of the Netflix title, his group at Pentagram works with a lot of educational institutions, designing alumni magazines for Brown, Wharton, and Princeton, to name a few. And while the digital age may have changed the way readers engage with magazines, the visual impact of a strong cover remains the same.

The number of newsstands in New York may have drastically dwindled, but Luke recognizes that magazines still hold great importance. “The President seems to care enough to make a fake Time cover,” he says. “It is meaningful to have a cover. There is a singular choice you have to make for a cover, generally. Whereas on the web, there is infinite space. And there isn’t a cover."

“You don’t come across magazines the way you once did,” he adds, “yet they get reproduced digitally and shared. They are still in the world and they still have this power.”

As the Publication Design Jury Chair for the ADC 99th Annual Awards, Luke is looking forward to seeing the power of great design on full display in the entries. He believes that while styles and subject matters vary greatly, ultimately what great publications most often have in common is a clear personality. “Some of the greatest magazines have a tone of voice and you have a sense of the people behind it,” he says. “It’s not just about being slick and beautiful. They have this energy.”

Craft, of course, is a given, but perfection can fatal. “Sometimes magazines are so overly designed, they lose their soul,” he says. “They are ephemeral. They don’t have to be perfect. They are about what’s happening right now. They should feel dated in a while. And with enough time, they become interesting again.” 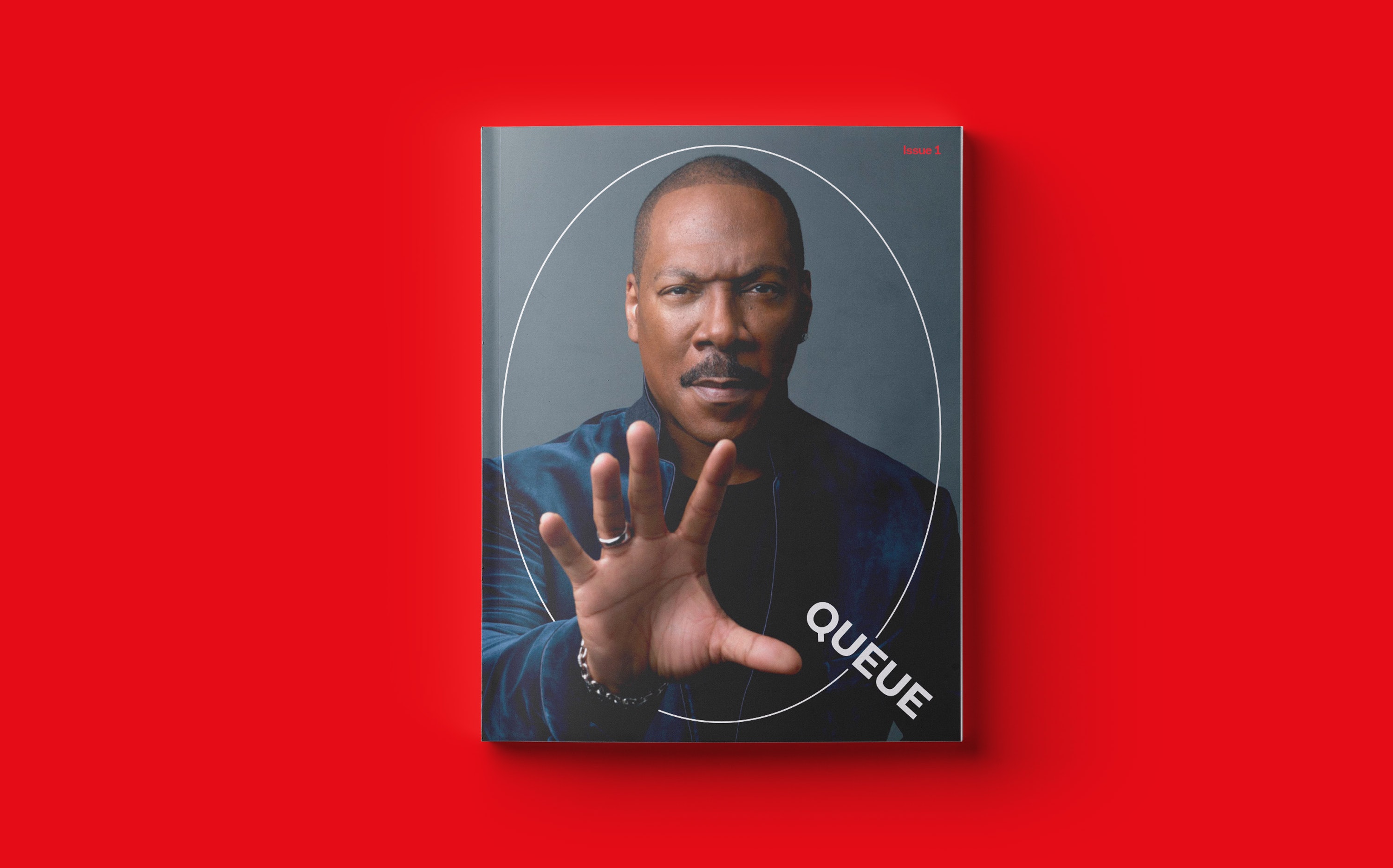 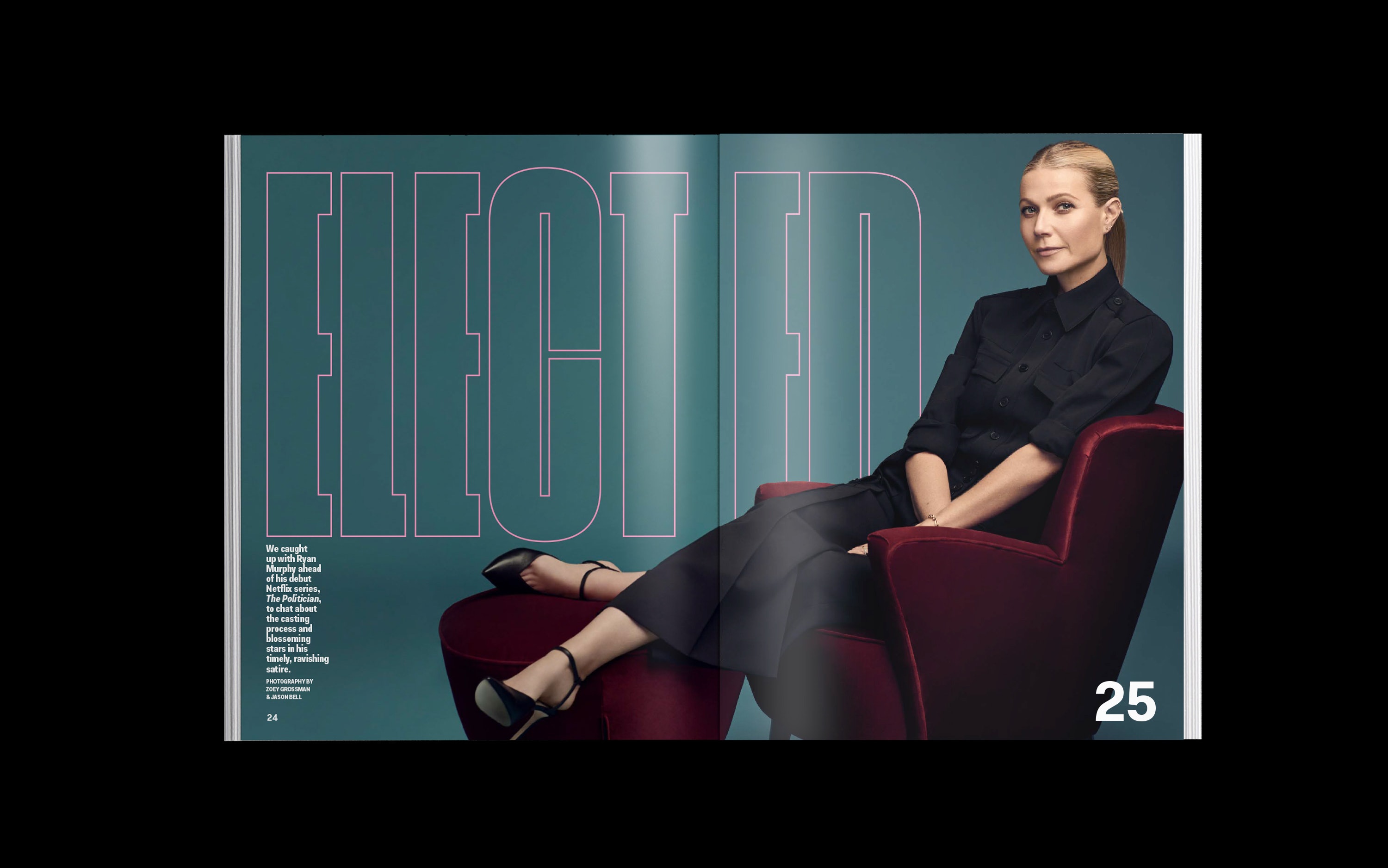 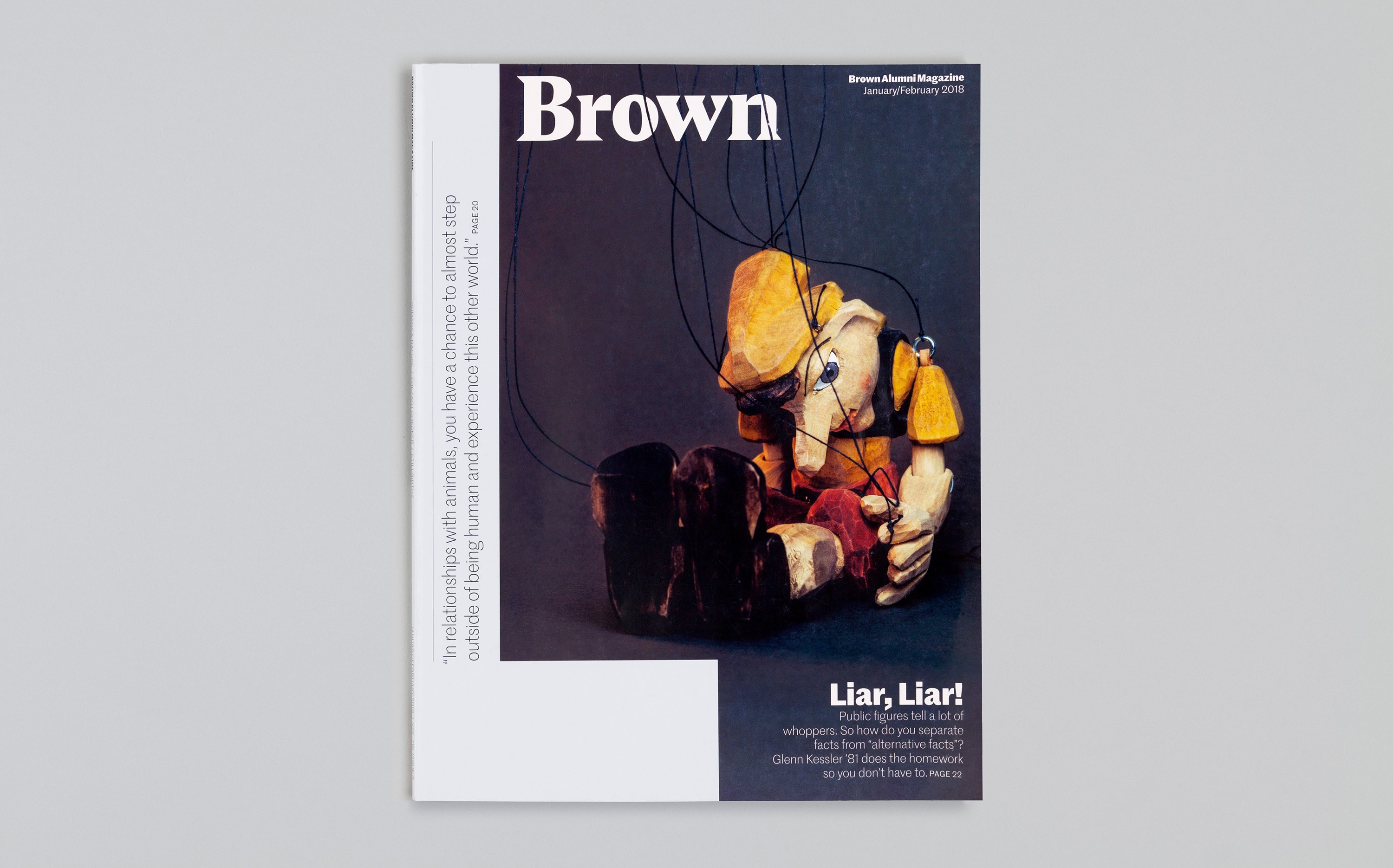 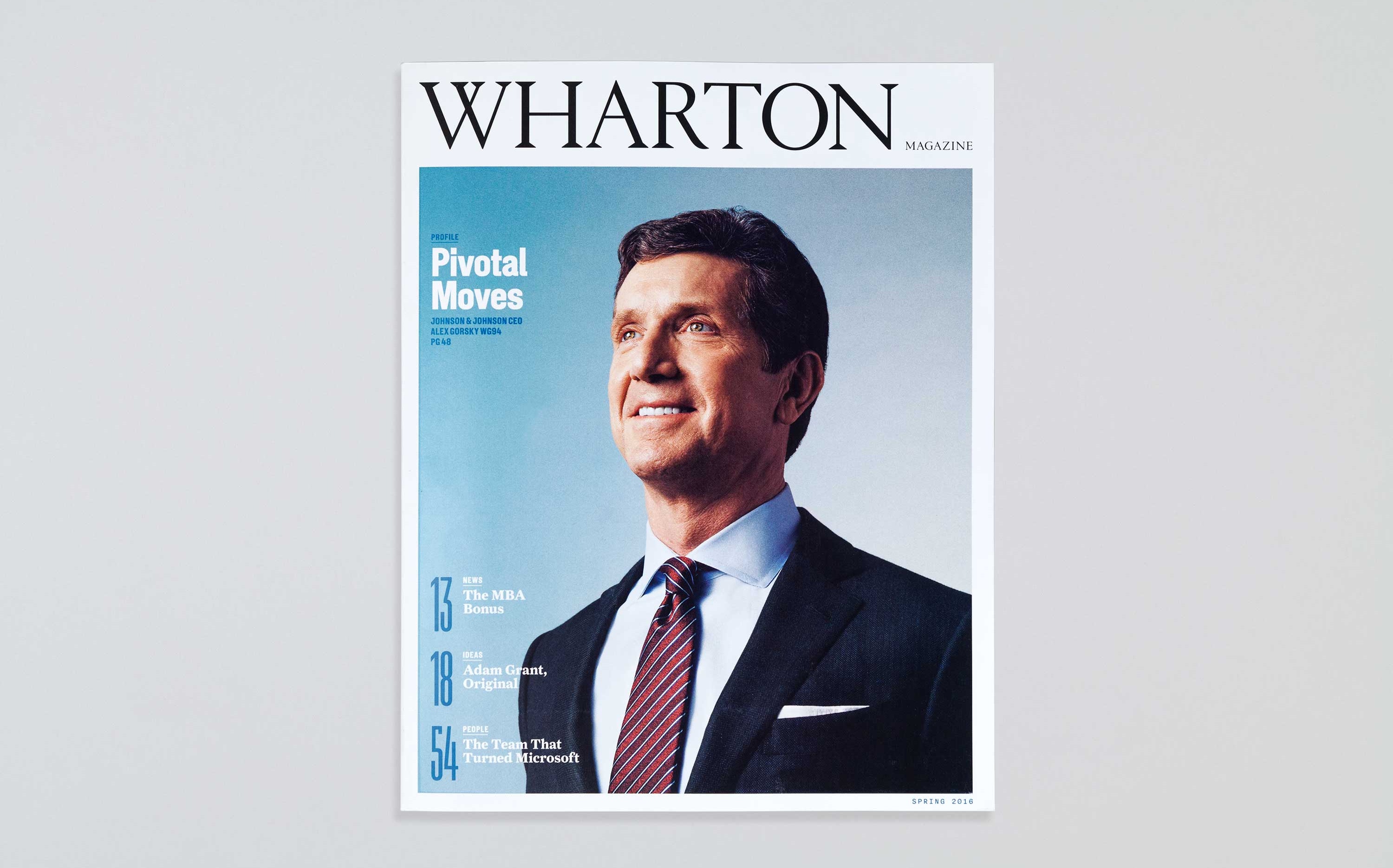 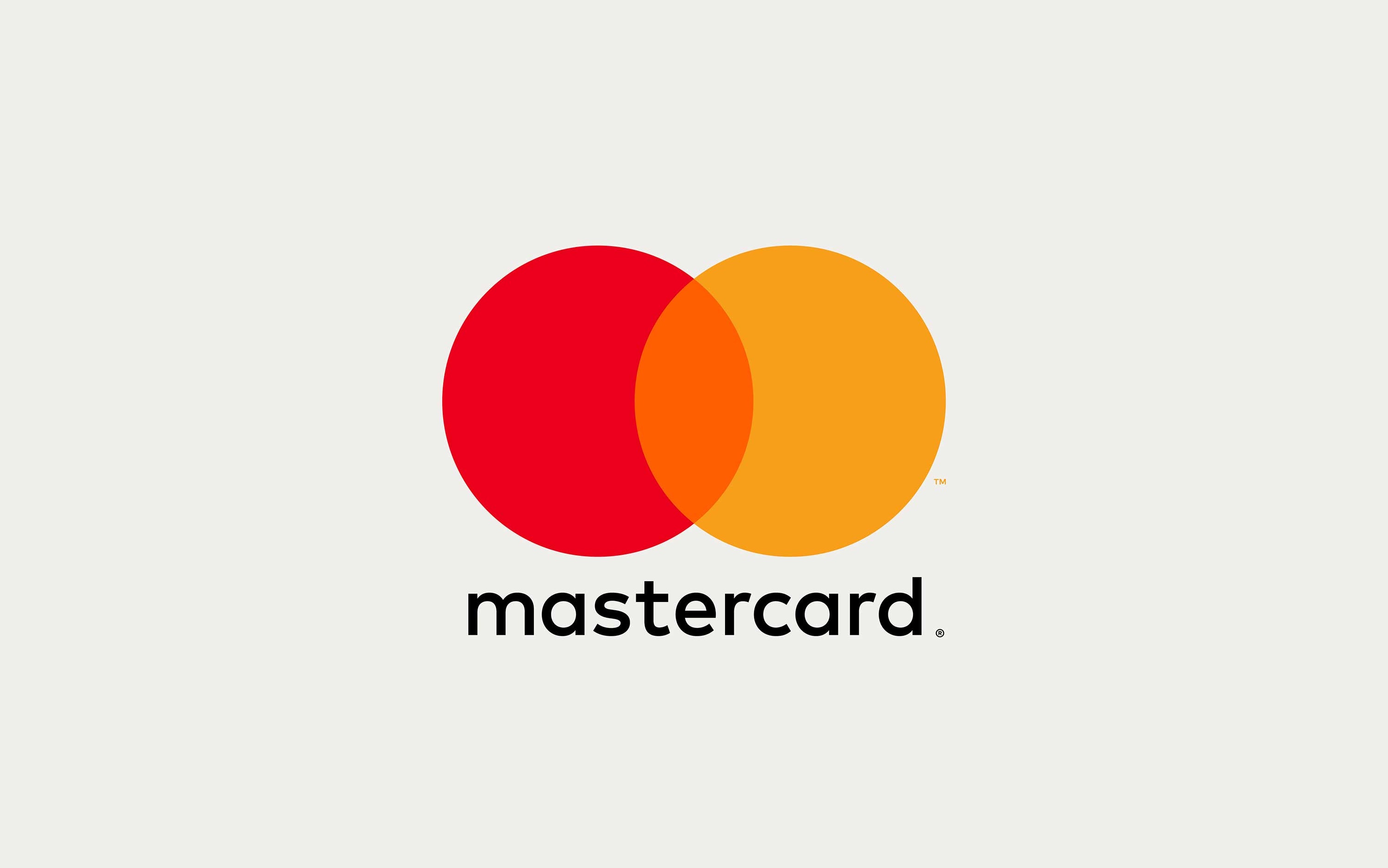