After more than two decades building brands such as Apple, IKEA, AT&T and HBO from within advertising agencies, Mathias Appelblad decided it was time to get closer to the action, and so he made the leap client-side. Last month, Appelblad left his position as a senior creative partner at Forsman & Bodenfors to join the European financial giant SEB as the institution's first global creative director.

Appleblad, the ADC 99th Annual Awards Interactive Jury Chair, says that after a fulfilling career working in leading creative agencies in North America and Europe, he was ready for a change. "I've been fortunate to work with so many great people at great agencies, and I had a lot of fun while doing it. I did some incredible work, but it was all starting to feel a little Groundhog Day-ish." he explains. "You kind of know how it's going to play out."

Attracted to the prospect of getting closer to the decision-making process of a brand, Appelblad found that SEB presented the right opportunity at the right time. "I felt it would be pretty cool to be at the heart where stuff really happens, rather than orbiting it like a satellite, or just passing through like Halley's Comet every once in a while," he explains. "This way, you can be in all of the discussions that are going on after the agency leaves the room, and reach a higher understanding of the brand."

Appelblad says he’s learned more about the financial services company and its business challenges in his first few months on the job than he likely would have learned over the course of several years working on the outside at an agency. "There’s a huge asset to be on the outside and have fresh eyes on stuff, but getting the whole picture I think trumps that," he says. "Having worked at agencies for 20-years plus," he adds, "I hope I can be a much better client."

The path towards becoming a better client began in the late 90s in Appelblad's native Sweden, where he grew up in a small village of about 8000 people. "Advertising intrigued me from a young age," he recalls. "I was fascinated by the idea that someone who doesn't know me can help change my mind." At around the age of 16, he used his savings to buy an awards show annual. “I don’t know how many times I read the book cover to cover,” he says.

In college, Appelblad studied computational linguistics but daydreamed about working in advertising. “I was really good at the language part, but really bad at the computer science part,” he laughs. Four and half years into a 5-year program, he dropped out — "a bad move when you only have six months left,” he laughs. He bought himself a Mac and learned all the latest software. Soon enough, he was working on design projects for young digital shops in Sweden, and after a few years, he landed a job at Forsman & Bodenfors, an agency he had long aspired to work for but never thought was attainable. “It was of the biggest moments of my life,” he remembers.

In 2010, Appelblad left his position as interactive creative director at Forsman, to relocate to America and work for BBDO New York. “It was a great experience being dropped into a new culture and context,” he notes. After five years working in the states, later in Los Angeles for Deutsch and TBWA\Media Arts Lab, Appelblad returned to Sweden to re-join Forsman as senior creative partner, eventually spending 14 years at the agency over the two tenures.

It was during his first time at Forsman that Appelblad learned the value of an ADC Cube. "I started learning more about the industry's awards show landscape, and I found out early on that the ADC upheld the highest standards for winners," he remembers. "It was one of the shows that people were most in awe of because it was thought to be one of the toughest to win. It's an honor to be part of selecting the winners.”

"Good work has the same quality as a good book or a good film... It stays with you. It’s something that you carry with you and becomes a reference point for other things."

Appelblad says that to have a chance of winning a Cube this year, the entrants need to showcase not only impeccable craft and execution but strong strategic platforms as well. "As you grow more experienced, the strategy part, the reason why you chose to do something becomes more important. How does the work relate to the general position of the brand, solidify it, or move towards disrupting it?" he asks. "Why is it made in a certain way? Does it move me? Does it touch anything inside me or help me discover a feeling or something that I wasn't aware of?"

Asked for an example of past award-winning work that features those qualities, Appelblad points to a Volvo project from Forsman, "The E.V.A. Initiative," a global campaign that used data points from more than 40 years of research to highlight gender inequality in auto safety. "I gravitate towards work that makes a difference," he explains, adding that it doesn't necessarily mean socially-conscious or corporate social responsibility work. "It makes a difference in my life, makes me stop and contemplate and become aware of emotions that I wasn't necessarily aware of before and can relate back to at a later time."


The best work imprints on your mind, he says. "Good work has the same quality as a good book or a good film,” he says. “It stays with you. It’s something that you carry with you and becomes a reference point for other things. That's a tall order, but I think that's what really good work does.” 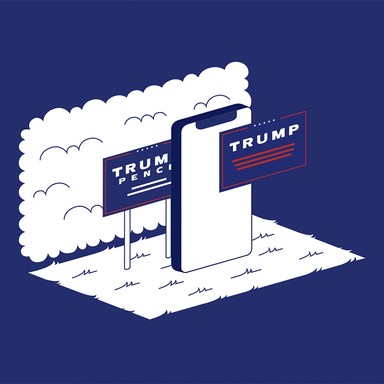