"Now That I Have Your Attention..."

Creative directors and recruiters recall how hopeful interns stood out

July is winding down, and so are The One Club for Creativity's Intern & Creative Networking Summer Events! We just had an awesome week on the west coast with our San Francisco and Los Angeles evenings, and we wrapped things up in the Windy City this week.

Now when it comes to trying to get yourself noticed in a field of young creatives all looking for that sweet, sweet internship or junior gig, some people will do just about anything to get attention. Wacky stunts, crazy mailers — I even know of one person who constructed his own office on the sidewalk in front of the agency he was pursuing. Ahead of this week's event, we asked the Chicago panelists to share their own stories of what they've seen creatives do — and what has worked. 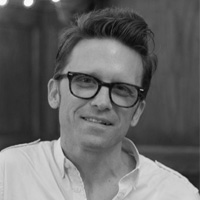 “The best experience I’ve ever had with an intern was about a week after they left. This woman had done such a great job and made such a great impression that everyone thought she was a copywriter and not just an intern. She worked and carried herself on a level much higher than the title ‘intern’. After she left, people on our team were asking where she was and why she wasn’t at work. They were surprised she had another semester of school to complete. When others in the agency start seeing you as part of the team, you’re no longer just learning but contributing. And that will turn into a job.” 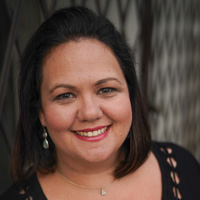 “At FCB Chicago, the “craziest stunt that got someone a job” title still belongs to Alf Zapata. About seven years ago, when the agency’s “Ship My Pants” ad for Kmart had just came out, Alf literally shipped his pants, and his resume, to the agency. The stunt made the news and got our recruiter’s attention — but his smart and clever work got him the internship, and eventually a full-time job.” 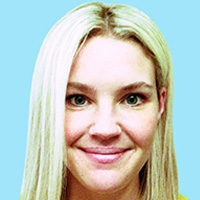 "I don’t have a crazy story about how an intern tried to get my attention, but I can tell you about my husband — an ACD and copywriter in our industry — and how he managed to stand out as an intern, landing his first gig."

"While working in pitch-mode late one night, a creative director approached him, unaware he was a copywriter intern (not an art director), and asked him if he’d clip out a bunch of images for storyboards that were due the next morning. Not wanting to say no, he told the CD that he’d be happy to help. That night, he spent his time learning how to cut things out in Photoshop. Anchor point to anchor point, mask by mask, delivering the assets in the wee hours of the morning. The next day, when the CD was made aware that he was a copywriter and that he taught himself how to use Photoshop, he went to the ECD to let him know how impressed he was. That this copywriter intern took the time to learn a specific task in Photoshop to get a job done he desperately needed help with. They knew they had to hire this guy."

"I’m not saying every copywriter intern needs to learn Photoshop, or that every art director needs to know how to write a beautiful manifesto. But I will say, when you’re an intern, and you go above and beyond to help out in any way you can, good things come from it. Show your work ethic and passion and you’ll land gigs." 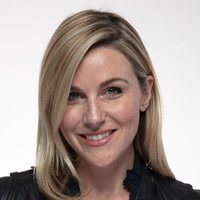 "Ah, that would be the Facebook Face Trophy. One of my first groups of interns left a lasting impression by creating a cookie-filled trophy in my honor. The effigy was covered with photos of my face that they'd printed off my Facebook page, and each week they'd award the trophy to someone in the office. The honor of hosting this uncomfortably personal prize went to whomever was the most helpful to the intern duo and their career. It wasn't subtle, but I didn't forget it." 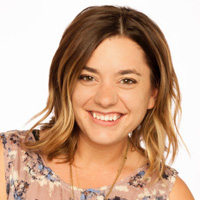 "Generally speaking, I’m not a fan of gimmicks. I’ve gotten all sorts of items mailed to me; old dirty shoes as a metaphor for a ‘foot in the door’ a knitting needle in ripped paper meant to represent ‘the needle in the haystack’, baked goods, the list goes on. That said, I understand that it can be tough to set yourself apart. So, if you can’t help yourself and have to do something; I would encourage you to level it back to your skillset and desired discipline. For example, I once hired a strategy intern who sent me postcards from random cities around the nation detailing insights they had gathered from behaviors they witnessed. I’ve hired a copywriter who tagged each of our CDs and wrote something funny about their work on twitter (back when they only had 140 characters!) But in the end, I would encourage you to put that energy into your portfolio and letting your work speak for itself.""

The final One Club's Intern & Creative Networking Event of the summer schedule takes place this Thursday, July 25 in Chicago.