Prankvertising, or stuntvertising, is nothing new in the media world. It’s been going on for years—decades even—for viewers’ pleasure. Per usual, as with any trend, the advertising community has co-opted the public’s fascination with embarrassing, tricking and terrifying unsuspecting strangers and turned it into a profitable, and many times viral, way to promote their clients’ products. Most recently, Thinkmodo promoted the Carrie remake with a terrifying coffee shop prank (see above) that instantly went viral.

Is this way of business cheap and mean, or deliciously brilliant? We asked two creatives, Andy Azula of The Martin Agency and Jimmy Smith of Amusement Park Entertainment, along with media psychologist Pamela Rutledge what they think about this trend.

The desire to watch other people get pranked is as old as TV. Today’s “prankvertising” is simply Candid Camera with product placement. And until someone gets hurt, the only people alienated are probably the prankees (we have Brazil and other countries with fewer lawyers to thank for fueling the trend and upping the ante).

I do believe these things can help sales when the concept (prank) is tied to the product. Nivea and LG did this well. LG demonstrated the quality of the product. And I imagine after overcoming the shock of watching the world end, those people left wanting to buy that TV.  More importantly, it made me consider buying one.

I thought the Carrie stunt was brilliant, and it is still attracting tons of eyeballs. I only wish it resolved the prankee’s delimina. The only connection to the actual movie is line about how “there are other people out there like me...” Miss that, and you’ve missed the concept. Anyhow, we are probably only one emotional distress lawsuit away from larger brands being willing to pull off stunts like these.

From the award shows I've judged this season, I can see lots of peeps are joining the prankvertising bandwagon.  Obviously, it's the hot new thang.  But in reality, like branded entertainment (Read up on "Popeye the Sailor Man") prankvertising isn't all that new. Anyone remember the marketing/advertising campaign for the Blair Witch Project?

In 1999, Haxan Films and Artisan Entertainment convinced many, including myself, that there was a witch in the woods and they had the documentary footage to prove it! From Wikipedia: "The Blair Witch Project is thought to be the first widely released movie marketed primarily by internet. The movie's official website featured fake police reports and 'newsreel-style' interviews. Due to this, some people initially thought it was an actual documentary about the 'missing' teenagers. These augmented the movie's found footage style to spark debates across the internet over whether the movie was a real-life documentary or a work of fiction."

But I'm not sippin' Hater-Ade. Most of the work I've seen, such as LG's Meteor, Carrie's Telekenesis, Heineken's The Candidate and Carlsberg's Poker, is selling, award winning and off the skillet.

However, like with any trend, whether it's old school or new school, folks are going to have to work harder and harder so that the trend remains surprising. 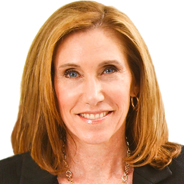 This type of stunvertising promotion breaks the fourth wall, bringing a story into the real world as the theater.

However, unlike the current movement toward creating coordinated and immersive stories across multiple media channels, often called transmedia storytelling, stuntvertising takes advantage of the audience’s lack of knowledge rather than inviting them to participate.

If the experience is legitimate (and I have seen some indications that people believe the whole thing was staged with actors), the audience doesn’t know that an event or stunt is taking place which means we are being entertained at their expense. Even if someone is suspicious, any hostile or fearful multi-sensory event triggers our primal survival instincts. Before anyone can consciously override the response because they suspect a fake, his/her cortisol and adrenaline would react.

At a time when we have orange alerts and Boston Marathon bombers, a prank like this is unkind even potentially dangerous.  It raises additional questions if children were present.  In terms of cognitive development, younger children may not be able to distinguish reality from fiction—even if everyone else had a good laugh at the end.

The video will go viral for multiple reasons; however, most of it will be to see how bad was it and how they did it. No one likes to be tricked or manipulated. It is a hostile thing to do. So while Sony may have created some buzz around the Carrie remake, it does not build much audience affection. In fact, I would argue that they have distanced themselves from a large segment of a customer base because the new ethic of social technologies is based on respect, trust and authenticity.