For four consecutive years, the ADC Annual Awards has endeavored to maintain gender-balanced juries — a task that’s not as difficult as it sounds, when you consider all of the phenomenal women who work their creative magic both for the industry and the world at large.

That said, it is more critical than ever to shine a spotlight on those making a difference. In the case of this ADC Advertising Jury Member, however, that spotlight is already shining on a starburst.

I understand that your reasons for venturing into the world over advertising weren’t strictly related to creativity...

I had always been creative, but the reason I wanted to get into the advertising business is unfortunately an issue that still exists today. I was appalled by the way that women had been portrayed in advertising, and quickly learned that this was also the case within agencies themselves. This was quite some time ago, and it was definitely worse back then, but it's upsetting that this is still a conversation that needs to be had?

Do you recall your first industry award? Do you consider it a bit of vindication against those who thought “this is a man’s game”?

Absolutely! This was back in Australia, working at a place called The Campaign Palace. We created a — shall we say a provocative spot for a line of underwear called Holeproof Antz Pantz. The commercial featured a bunch of ants crawling across a woman’s crotch, and the woman had to call upon her trusty echidna Rex to come help her out.

The ad still gets talked about in some creative circles. It was funny, because my partner and I won an AWARD from it — that's one of Australia’s top advertising honors — but we received a junior version of the trophy because we were so young, even though the spot was standing alongside ones created by more senior creatives.

You've been in the industry for quite some time, and the kind of work you're judging in the ADC Annual Awards today was not even possible to create back when you were combining anteaters and underwear. Do you find it daunting to keep up in this evolving digital world?

Coming to an award show of this caliber makes you very aware of how technology is changing at a breakneck pace. What I love about the technology today is that it allows you to think more creatively. On one hand, that can seem very overwhelming, but on the other hand, there has never been a more exciting time to be creating things in our industry, and I am glad to still be able to learn and contribute. I welcome the challenge!

Even a casual glance at this year’s entries will tell you that things seem to be a little darker this year, socially and politically. Can you think of any submissions you’ve seen while judging that follow this trend?

Due to the current political climate in the US, there are a number of films that really stood out for me. One in particular that moved me was the “Toddlers Kill” spot for the Brady Campaign. As a non-American, the topic of gun ownership is outrageous to me. I struggle to understand how a country can be so permissive with guns, in some cases even allowing them into bars.


Now for me, this campaign is preaching to the choir, but I feel that for those who find guns an acceptable part of life, this takes the old maxim ‘guns don’t kill people, people do’ and turns it on its head. It’s powerful stuff, and I hope that it makes even one person reconsider their position on gun accessibility in the United States. 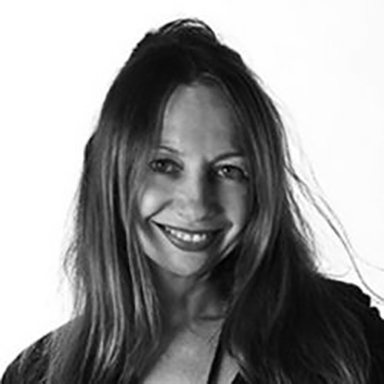