Getting to know COLORFUL winner and filmmaker Sean Wang

This year we launched our first-ever COLORFUL Competiton– a prelude to Young Guns 19. COLORFUL is a free portfolio competion for BIPOC creatives who qualify to enter into Young Guns. Every year our Young Guns community expands with a new class of young, talented, and diverse creatives to praise and admire. And thanks to YG 8 Winner Rich Tu, COLORFUL is taking Young Guns 19 to a whole new level.

Twelve BIPOC creatives were awarded free admission into Young Guns 19 and out of those twelve finalists, filmmaker Sean Wang was the big COLORFUL winner, additionally receiving a $3,000 grant and high accolades from the jury.

Sean Wang’s work will hit every emotional chord within you– nostalgia is a big theme in his films. We talked to Sean about his filmmaking, the big COLORFUL win, and his Asian American roots.

What is it about specific emotions that drives you to create films? 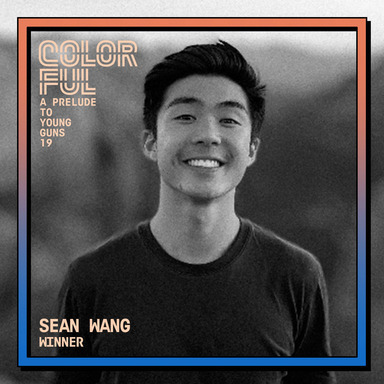 I am generally less interested in stuff that’s purely eye candy or favors style over substance. The mark of a good film for me has always been about emotion: Do I feel something? Am I moved?

"The mark of a good film for me has always been about emotion: Do I feel something? Am I moved?"

In regards to that, I always strive to make work that feels personal and hope that if I connect with it, it’ll connect with other people too. Obviously ideas can come from anywhere, but if I feel something strongly enough in my own life, it’s a good launching off point to see if that experience or emotion translates well into film.

What was your inspiration for H.A.G.S.?

H.A.G.S. initially began as research for a feature film I’m writing and developing that takes place during the summer of 2008, between eighth and ninth grade.

I reopened my middle school yearbooks to refresh my memory and get a better sense of that time, but flipping through them affected me in a surprising and unexpected way.

I was immediately thrust back to the specific joys, anxieties, innocence, and chaos of those years. I felt everything from immense warmth to deep sadness looking back at that time– amplified by my own feelings of growing up. It made me curious to see how old friends of mine were handling their own journeys into adulthood, so I decided to call them and see.

What about 3,000 Miles? Did you really save all those voicemails from your mom?

I thought I was only going to live and work in New York for a year and then move back, so while I was there I decided to make a personal project. I shot a bunch of footage over the course of the year thinking that I’d make something eventually with all of it, but I had no idea what.

For the longest time, I just had a string out of footage that chronicled the changing of seasons, which I thought was kinda cool but it wasn’t really an idea. Then as my year was coming up, my phone died, and when I turned it on, I got a message that was like, “You have 100 unread voicemails.” (protip: iPhones automatically save and date all your voicemails).

The voicemails from my mom were especially moving, emotional, and funny, but they also indicated a specific moment in time throughout the course of the year. The thought of collaging them with the footage I shot felt like it could be an interesting marriage that worked as both a film and as a personal time capsule, so I committed to that idea and tried to make it work.

"The thought of collaging them with the footage I shot felt like it could be an interesting marriage that worked as both a film and as a personal time capsule, so I committed to that idea and tried to make it work."

When did your interest in filmmaking begin? And what kind of path has it taken you on over the years?

I’ve always loved movies, but I never thought I could be a filmmaker– It just never really crossed my mind as a possibility. I was a skater kid who loved making little skate videos with my friends.

When I was 14, I learned Spike Jonze, who made some of my favorite skate videos ever, was also a film director. It never occurred to me that someone could do both– make skate videos and movies, so that inspired me to try and make films of my own.

My passion slowly grew from there, and I’ve never stopped making videos since. The beauty of filmmaking is that it changes with you as you grow older: how you see the world, the stories you’re excited about, and how you choose to tell them all change.

It can be a little more stressful now, but I still get giddy about making videos the same way I did when I was a kid. That feeling is something I'll chase for the rest of my life.

"It can be a little more stressful now, but I still get giddy about making videos the same way I did when I was a kid. That feeling is something I'll chase for the rest of my life."

Do you have a specific time of day when you feel the most creative?

I’m very much a creature of habit. When I was working at Google Creative Lab, there was naturally a lot of structure in place, which I think was good for me. I try to apply a version of that same structure to my own life.

On most days, I’ll be working by 9:30 am and will work until the early evening. I will keep going if I’m feeling inspired or there’s something pressing coming up I need to finish. That routine has worked well for me so far, but I’m learning that my brain works better at different times of day for various tasks.

With writing, I feel most creative in the morning and in the evening. With editing, I can jump in anytime and disappear into the process. It’s been nice reconfiguring how I work as I learn what works best for me.

If I'm feeling blah, I’ll try to do something active and/or take a nap. Big fan of a good nap.

Now that you are the official winner of our first-ever COLORFUL competition… how do you feel?

I really believe in what COLORFUL stands for, and there are so many artists on the jury that I admire– I feel honored to be selected. I’m excited to be working on a few personal projects right now that are in various stages of development/post-production. Resources for those are often tight, so the grant is a helpful boost to get them up and running and across the finish line.

"I really believe in what COLORFUL stands for, and there are so many artists on the jury that I admire."

COLORFUL’s goal is to shine a spotlight on BIPOC creative talent, something that has become increasingly important in recent years. As an Asian American, do you feel that your ethnicity plays a role in how you and your work are perceived?

It wasn’t until my late teens when I discovered Hiro Murai and (½ of) DANIELS that I saw Asian American filmmakers making work that spoke to me for the first time – work that, for the most part, never directly explored their ethnicity or cultural identity. The fact that they were Asian didn’t seem to matter, but it also made all the difference to me.

As far as how my work is perceived as an Asian American, that’s not something I necessarily think about when making films. A lot of my work so far has been inspired by personal experience or is a reflection of my life– I am Asian American, so the work will be filtered through that lens no matter what. It’s not so much a conscious effort as much as it is just trying to make things that are honest to the way I feel simply living in the world.

"A lot of my work so far has been inspired by personal experience or is a reflection of my life– I am Asian American, so the work will be filtered through that lens no matter what."

This has been a particularly trying time for the AAPI community — what needs to change to make things more equitable and inclusive for all?

I don’t know if I have the be-all-end-all answer, but I will say it is incredibly inspiring to see young and diverse filmmakers today express themselves through stories that reflect their own lives and communities. It’s something I didn’t have the bravery to do when I was younger because I never saw anything in the world that made me think stories that reflected my own experience were worth telling.

The more voices– both young and old, who have been historically left out in this industry– to feel supported and empowered to tell personal stories, the more that the industry will authetically reflect the world we live in.

You also have a headstart and a free pass to enter into Young Guns 19. What does this competition mean to you?

So many artists that I admire from all sorts of disciplines have won before: DANIELS, Jonas Lindstroem, Calmatic, Santiago Carrasquilla, Fenn O'Meally, Saad Moosajee, Savanah Leaf, and Joyce Ho, just to name a few.

So obviously, I'd be extremely honored to be a part of that same community. I also feel grateful that I’ve had the opportunity and freedom to make work, fail, and discover my voice from an early age to even be considered.

Talented artists often don’t have the opportunity to enter competitions like this because of circumstances outside of their control. If I win Young Guns 19, I’ll find ways to pay it forward the way Rich Tu and Tre Seals did with COLORFUL– so the barrier to entry for the creative community can be more inclusive and accessible to people from all different backgrounds.

TODAY is the FINAL deadline to ENTER the prestigious Young Guns 19 competition! 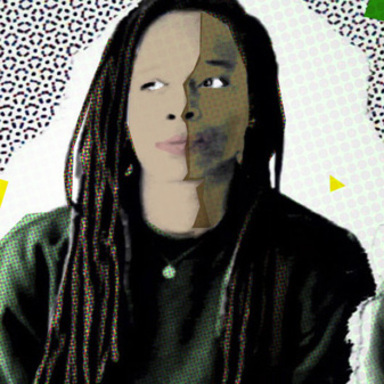