The Creative Conference That Changed Me (for real this time)

The city is half the draw—reservations at five-star restaurants, rendezvous with college buddies and craft cocktails in pretentious, distressed-wood-laden speakeasies.

But to partake, I must pay my penance. From 8:00 a.m. to 5:00 p.m., I listen to speakers pronounce the new and improved ways to be more creative. I live tweet all of the new and improved ways to be creative. I use hashtags. #LotsOfHashtags. I move from lecture hall to lecture hall in an organized fashion with my agency herd. Occasionally, a stray creative wanders into our fold. We briefly exchange business cards and then cast them back out into the masses.

If lunch is provided, eye contact is not made. I have emails to check and important calls to make. The agency cannot survive one day without me.

But do not be fooled—I am inspired. I return home, ready to change the world. For 48 hours, this is the way of the creative conference.

So imagine the horror when I saw this in my inbox: “We’re sending you to The One Club Creative Leaders Retreat in Tucson.”

What the hell is in Tucson?

I would join 120 creative leaders—from CDs to CCOs—in the middle of the desert for a couple of days to share knowledge.

How would they fit that many egos into one building? But more importantly, who was going to make my Pisco Nuevo? Do they even have lychees in Arizona?

Definitely no lychees. And it turned out that all other pretense was checked at the door (even those egos I’d expected). Kevin Swanepoel, The One Club president, politely encouraged us to keep cell phones in our pockets sans tweeting and hashtags; I was in uncharted land. After a quesadilla cocktail hour surrounded by saguaro cacti, it definitely felt less like a conference and more like summer camp.

The next morning came too early, with the bugle call of our iPhone alarms. We gathered in the lobby, unified in our headaches and need for coffee. Without podiums or polished presentations, the stage was set for actual human interaction. We broke into groups of 15 to 20 people, learning from some of our industry’s top creative leaders—Susan Credle, Jorge Calleja, Rob Reilly, Iain Tait and Jim Riswold to name a few. With the threat of having every spoken word broadcast into the social-sphere removed, people were candid. The fake-it-till-you-make-it mentality adopted by many creative directors quickly dissolved. We all were naked and vulnerable and ready to learn from one another. No matter the size of the agency or the prestige of the client, we soon discovered we all deal with the same problems. Even the brightest creative minds have had careers littered with mistakes. And deep down, we all are driven to do better. It was incredibly humbling and empowering.

Now would be the part where I share the three mind-blowing, life-changing, tweet-worthy insights I took away from the retreat. But I can’t. This conference wasn’t about one-liners projected on a big screen. It was about the conversations that happen in between.

Maybe it was because we were trapped together in the middle of the desert for two and half days, free from distractions. Maybe it was the communal meals and the literal breaking of bread or the group hike with the crazy tram operator spouting mountain lion survival tactics. Whatever it was, the relationships and mentorships that were forged in Tucson will last.

We stopped short of holding hands and singing “Kumbaya” (but there may have been a campfire circle and a blood oath to reunite and do it all again next year). I boarded the plane with more than short-lived inspiration. I had a massive hangover and a mission. Instead of talking about change, I began implementing it. And when I falter, because I most definitely will, I have an entire network of leaders to reach out to and learn from.

Gone are my days of judging a creative conference’s worth by the number of farm-to-table pop-ups within a five-mile radius. I’d trade that for a small group of naked creatives in the middle of the desert anytime. 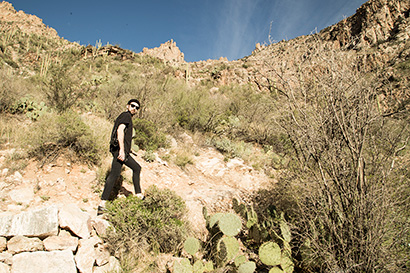 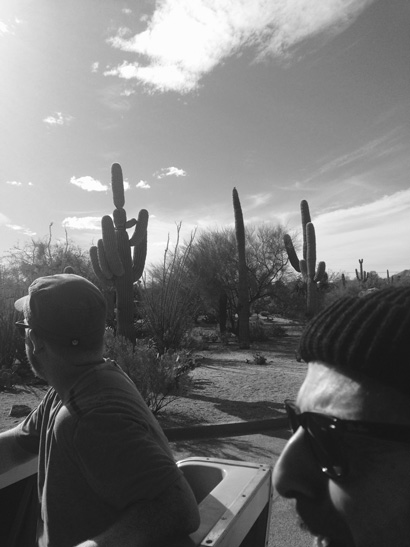 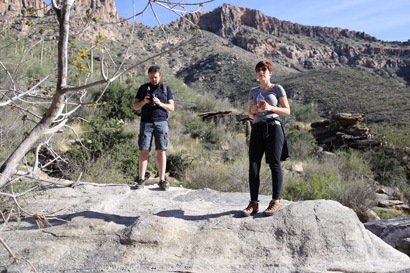 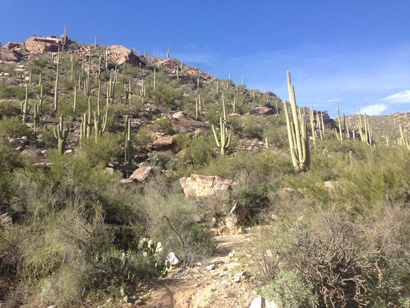