By its very nature, advertising is a competitive sport. Every day we strategize how to win business from other agencies. It’s in our DNA—we are fierce competitors. And The One Club fuels that competitiveness with one of the most coveted awards in the industry.

So imagine what happens when The One Club puts on a retreat where leaders from the top agencies across the country (and a few internationals) converge in Tucson, Arizona, to share their stories and trade secrets with each other for 3 days.

The goal of this retreat was to help creative directors take their agencies to a higher level, with an emphasis on the transition from creative director to creative leader. That transition can be a lonely one when you’re in a smaller market. It can be hard to find kindred spirits, let alone mentors.

Intimacy was an important factor for making this retreat successful. Only 100 people were invited, but that’s still a lot of people. I was pleasantly surprised how quickly everyone got comfortable. Either the mountains hold special powers, or the fact that we weren’t all shivering under heaps of snow made us less self-conscious.

Having the event be completely unplugged and not allowing any social media also was key. People came to the sessions without any technology. They sat. And they listened. I was struck by how few times I saw people on their mobile phones at all. And I am happy to say that there is no #creativeleadersretreat.

The premise was for the mentors to pick a topic they’re particularly passionate about for their session. Sessions were limited to 25 people, which allowed people to get to know each other quickly. Seeing the same people time after time in your session was a fascinating way to identify common interests. For example, Wesley from Amsterdam and I chose the same session every single time—to the point where I was disappointed he wasn’t in the spontaneous Thought Board session. I was happy when he walked in late.

The topics ranged from The Dark Side of being a Creative Leader to How to be a Good Example Instead of a Horrible Warning to In House Creative Shops from a Client’s Perspective, to The Art of Juggling Flaming Kittens. You get the gist.

Here are some of my takeaways:

It wasn’t as much about learning as it was about sharing.

Every agency has a cautionary tale. No one is immune.

There are deep stylistic differences between the mentors, but the general philosophy is the same: If your agency leadership isn’t aligned, no amount of amazing creative work, or people, will get you to the next level.

The system of advancement in our industry is broken. The only path to success is through management.

For the most part, the Dog and Pony show is (thankfully) dead. The “Ta Da” moment is gone and has been replaced with more ongoing creative check-ins vs. overwrought creative presentations.

We shouldn’t evaluate our senior creative people (or ourselves) by their latest work. At our level, it’s more about a batting average.

Joe Pytka is every mentor’s favorite director to work with.

Setting the criteria for your teams early is critical. And you must be decisive. You won’t always be right, and your teams may not like it, but they’ll respect you for it.

Diversity isn’t just about gender or race. It’s about being with people who don’t think like you, act like you, or look like you. That’s where the good work comes from.

No one, not even the mentors, could last more than 4 seconds on the mechanical bull.

As enlightening as the sessions were, it was the in-between moments that were transformative for me. Every exchange was meaningful, spirited, and generous. The lines blurred and we became a relaxed group of people who obsess about the work, and the role that the work plays in our society.

One of my personal highlights was telling Jim Riswold that I sent him my portfolio 20 years ago and that he sent the nicest note back. I wasn’t looking for a job at the time, just affirmation that I’d made the right choice early in my career. I take comfort in knowing that I chose my mentors well, even then.

I was hoping that the mentors would benefit too. I think they did. They enjoyed coming to each other’s sessions, contributing, and occasionally teasing each other. They typically only spend time with each other when judging award shows, so having prolonged down time together was a perk. It was also nice having them around the entire time. No flying in for their talk, and then flying out. That made a huge difference.

On the flip side, it was heartening to see ECDs send their next creative leaders. It’s a scary thing to send your best people to an event that could easily turn into their next job. I give them great credit to have the confidence and understanding that these young people felt bolstered by the vote of confidence from their executive creative directors. It actually increased their loyalty for their agency.

Hopefully, this becomes an annual event. Over and over again, I heard how needed it was. It was nice to look around at a few of the teams, knowing that they were most likely going to be back in a few years as mentors. That’s the most gratifying part of this idea.

I think it will take me many weeks, if not months to absorb and implement the things I’ve learned these past few days.

In the end what blew my mind is that I thought, at best, we’d be a group of agencies sharing thoughts and experiences. Instead, we were a collective of agency-agnostic people who crashed a wedding line dance, hiked the Sabino Canyon, rode mechanical bulls, and hung out in the hotel bar every night until the wee hours.

I thank The One Club for having the vision and ability to capture both the best mentors in the business and the people who want to help their agencies excel. 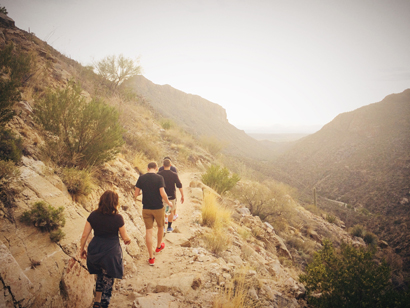 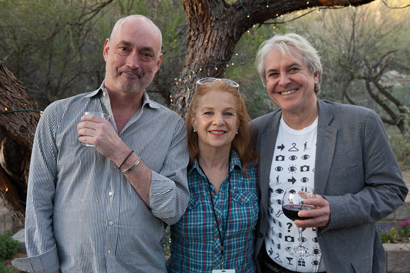 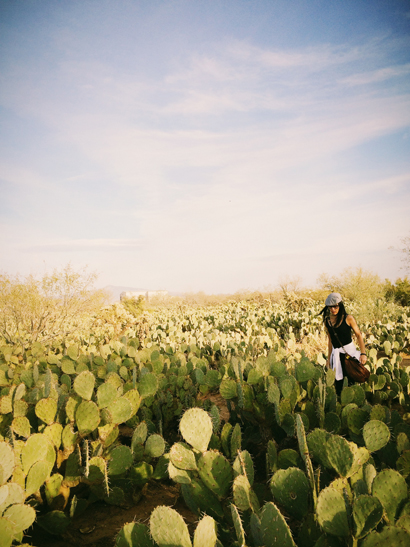 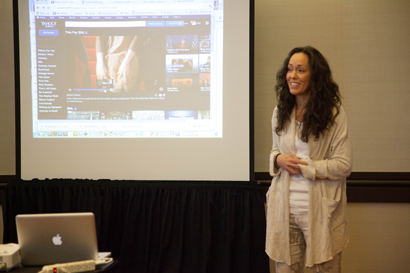 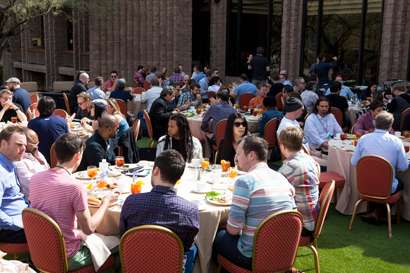 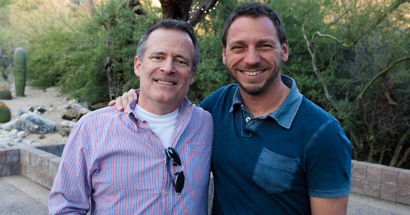 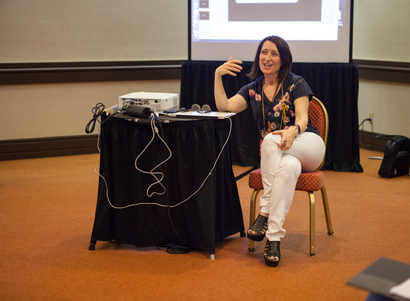