New York-based designer, illustrator and Young Guns 7 winner Timothy Goodman has built up a tremendous social media following with his quirky quotes and playful lettering — a hallmark of his oeuvre. Now instead of just liking his posts on Instagram, fans across the globe can now wear Tim's witticisms on their bodies, all thanks to a major collaboration with Uniqlo, the internationally renowned casual clothing brand.

The 30-piece Timothy Goodman Collection has already gone on sale in much of North America and Asia, and launches today across Europe, with Japan and Australia to soon follow.

We had the chance to catch up with Timothy and chat about this exciting collaboration.

How did this opportunity come about? How did the stars align that would make this a reality? 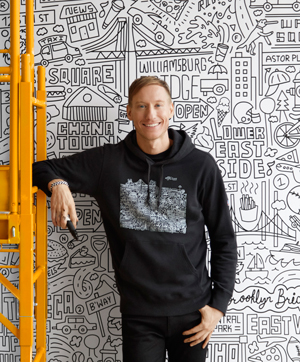 It’s been a year and a half in the making at this point. They initially reached out to me about possibilities, and we had some early calls and some brainstorm meetings about what kind of a collection it could be. Wasn’t sure if it would happen because Uniqlo is a massive global company, so there is a lot to sort out with different markets.

For those who haven’t had the pleasure, walk us through the process of creating and collaborating with such a brand. Are there any challenges that the average designer wouldn’t expect?

At first, I created a deck with many shirt mockups of things I was excited about. They didn’t want to create anything that I wasn’t excited about, which was obviously refreshing. They really let me do my thing.

That all said, there were things that didn’t translate or register well in Asian markets so we had to keep that in mind. And I really worked with their team to understand what kind of stuff would sell well and what wouldn’t, too. I’d give them different pieces of art, and sometimes their internal designers would mock up stuff and I would art direct that stuff. After a while, it became apparent that a lot of my Instagram writing would work well for this collection after learning that all their markets outside the US became interested. The enthusiasm really grew internally at Uniqlo about how this could be a bigger collection (shirts, hoodies, totes) and that they wanted to make it global – which was very exciting.

"The enthusiasm really grew internally at Uniqlo about how this could be a bigger collection... and that they wanted to make it global – which was very exciting."

With your finger on the pulse of all that’s holy and cool, which pieces are going to be the most popular once theyr’s released worldwide?

So far I’ve heard the black hoodie with NYC drawings is the best selling, it even sold out online for a minute. I think the “feelings” shirt, the “don’t look for love” shirt, and the French fry shirt will be big sellers as well.

Do you have a favorite?

I love all of them, but the one nearest to my heart is the “I just ate a bag of potato chips for dinner and another friend got engaged” shirt. 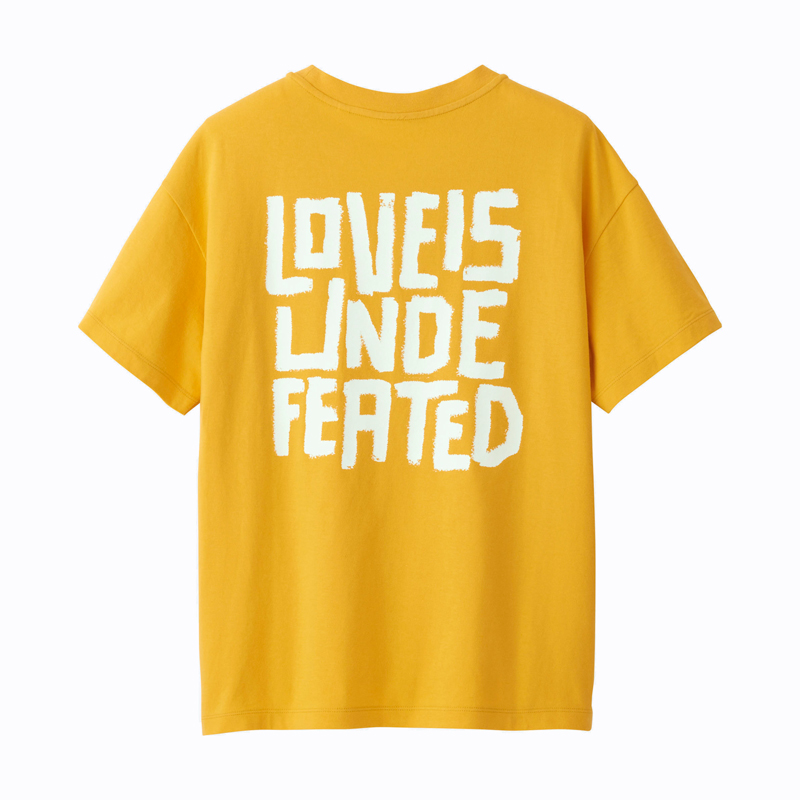 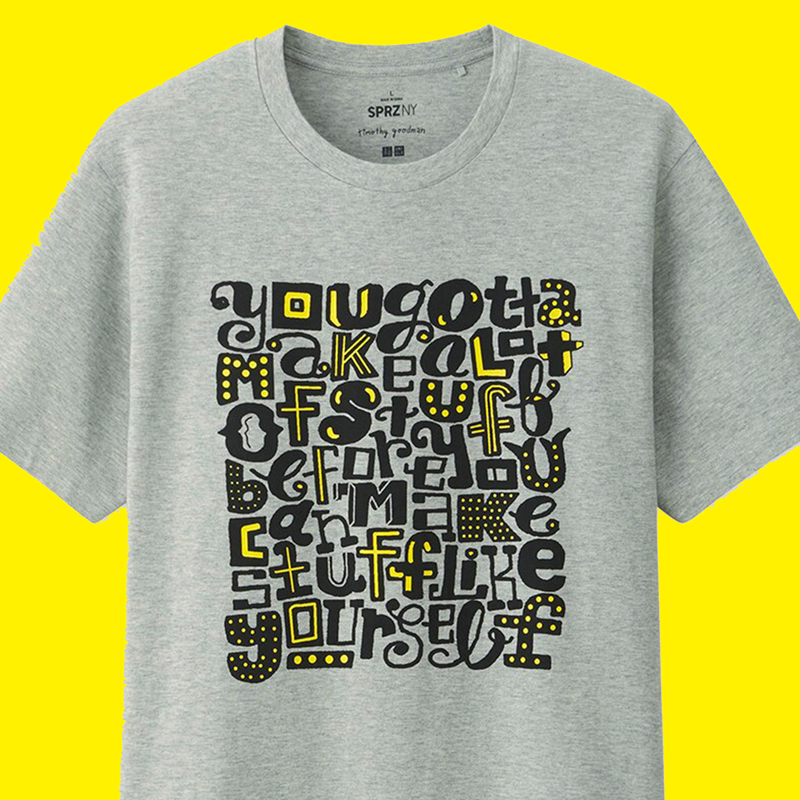 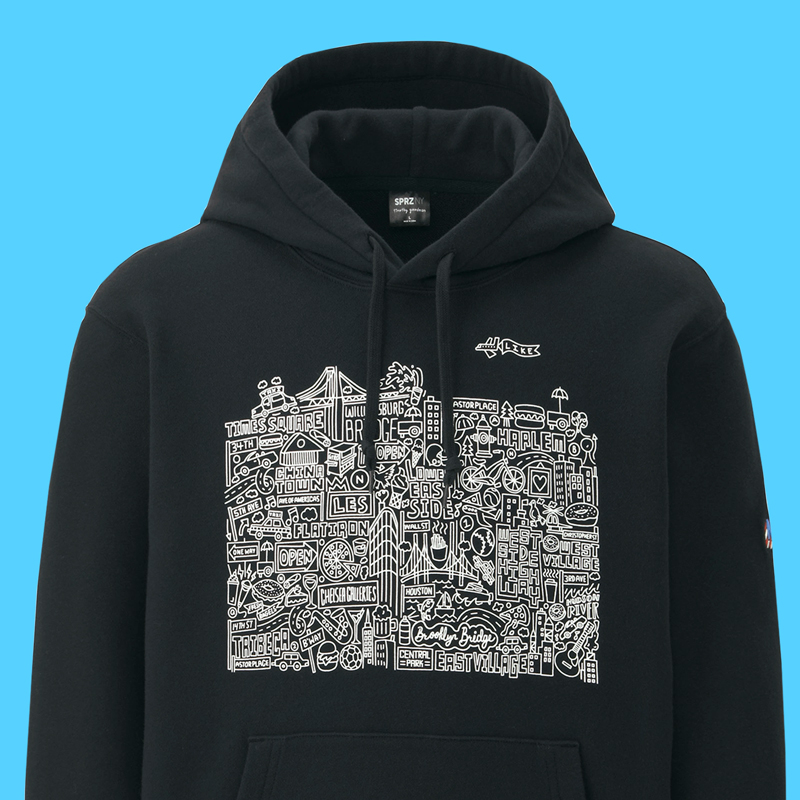 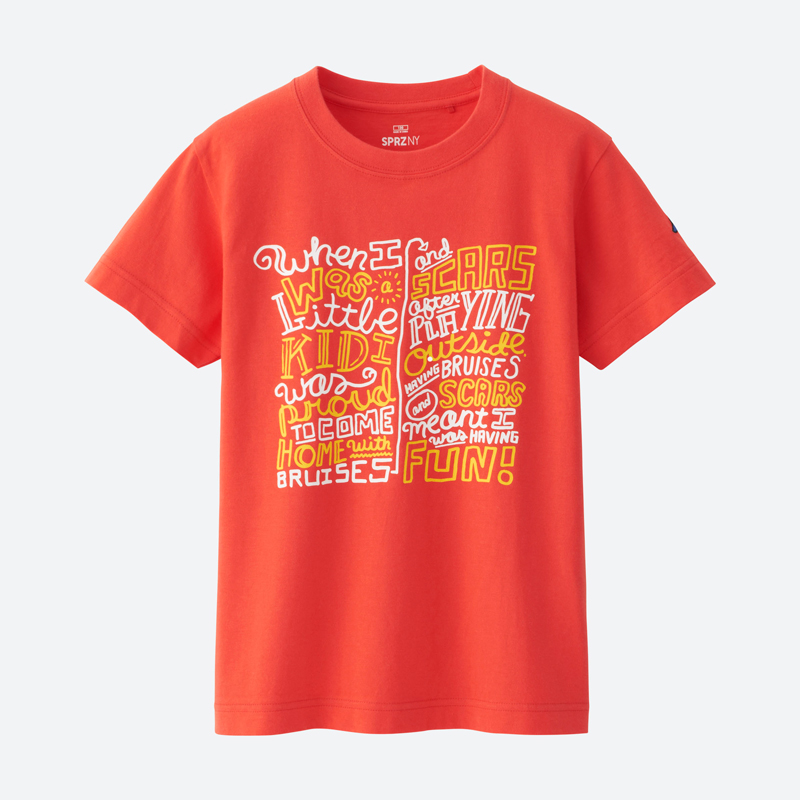 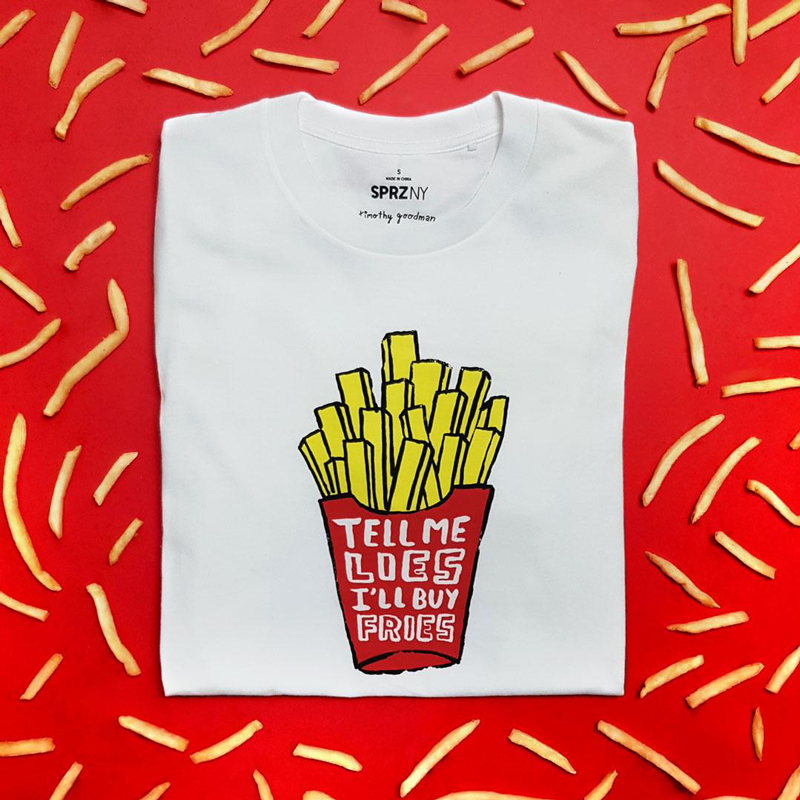 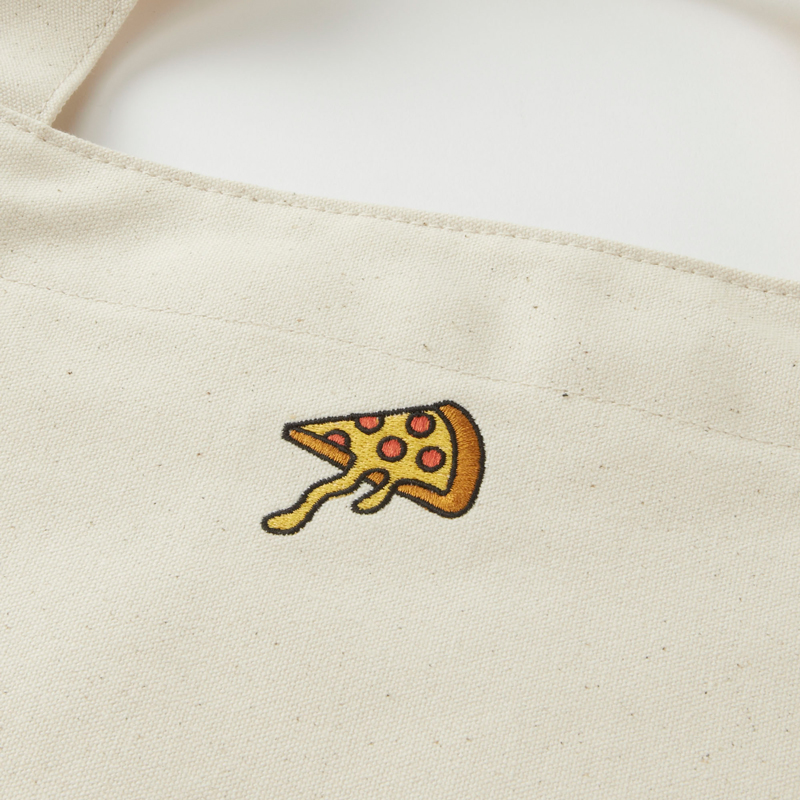 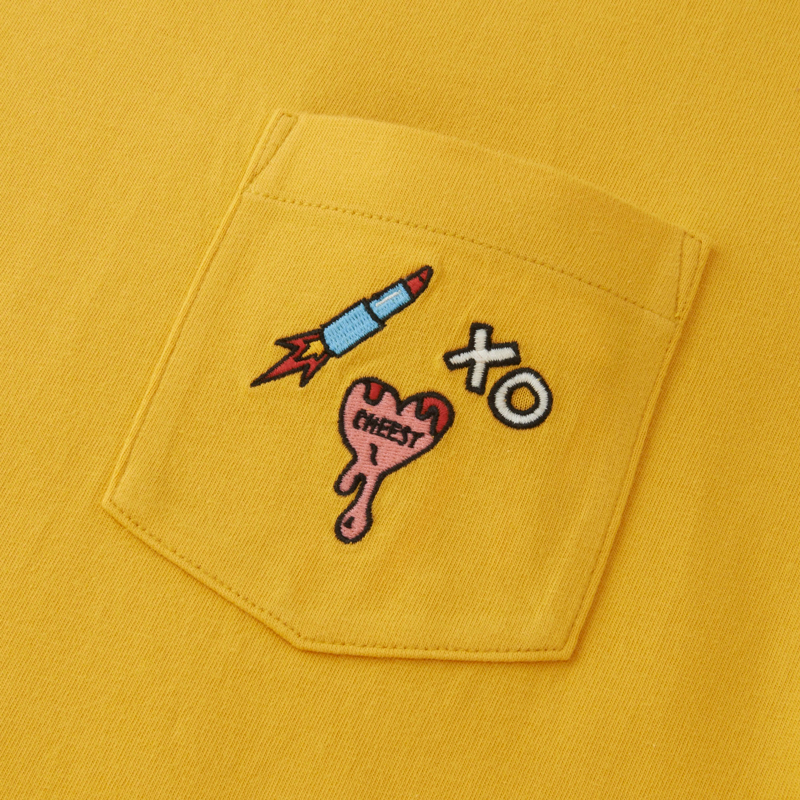 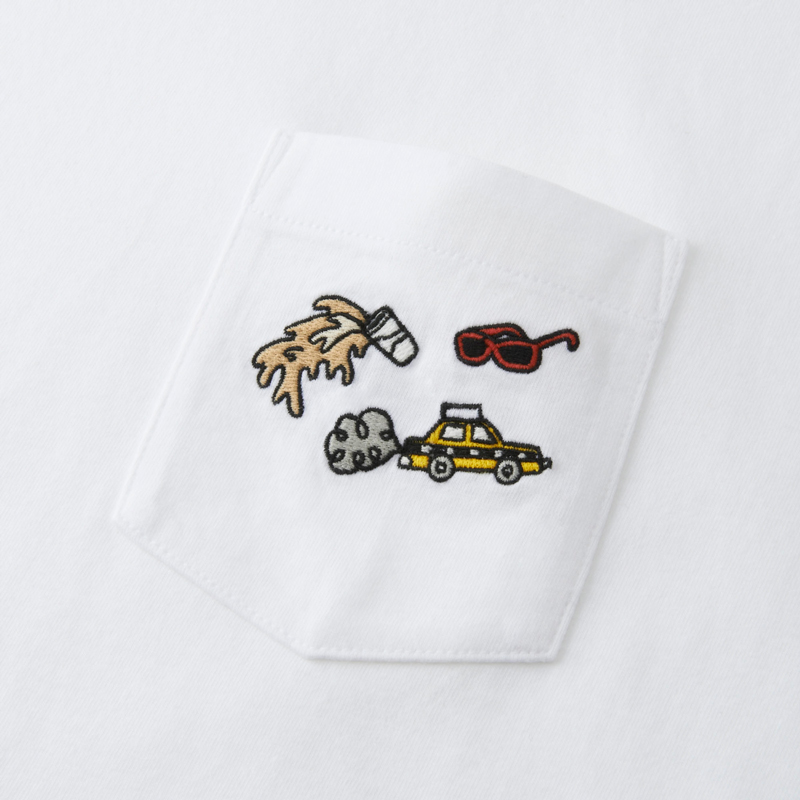 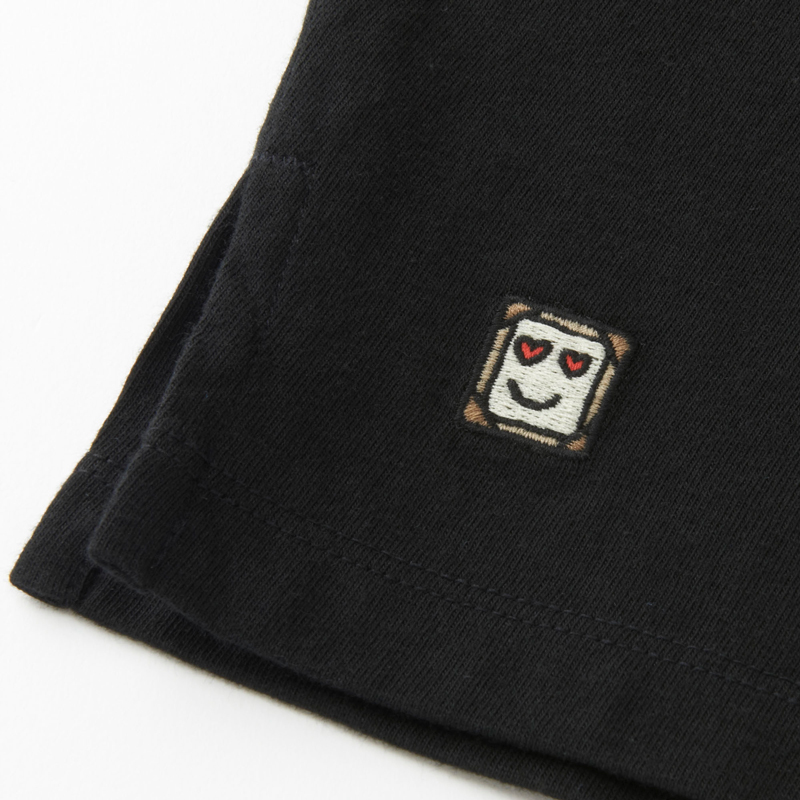 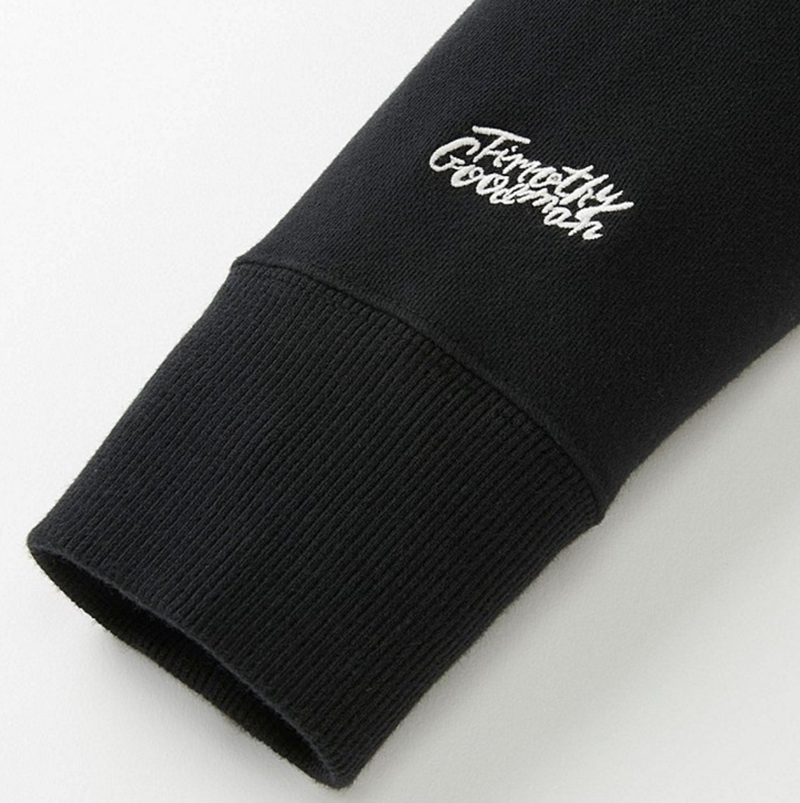 Uniqlo has featured collections by some real heavy hitters in the art world, from Warhol to Basquiat to Haring. How does it feel to be in that club?

I’m very happy and honored that people enjoy my stuff. It’s been wild to see it in stores all over the world and to see so many smiling people tag me on Instagram. That’s why I do what I do, that’s why I write stuff and make the personal projects I make: I want to connect to people and feel less alone in the world.

And of course…. what’s next for you?

Well, I’ll be doing some traveling soon for Uniqlo in London and Hong Kong, where I’ll be having in-store events. As for work, I’ll continue doing a mix of commercial work with brands and personal projects this year. People of Craft is relaunching soon with many more people, too.

One Club for Creativity Members and Young Guns winners regularly get featured here on the One Club website and across our social media channels. Have a new project you'd love to share? An upcoming exhibition and you'd like us to help spread the word? Drop us a line at membernews@oneclub.org. Not yet a Member? Join today!