Final judging for both the ADC 97th Annual Awards and The One Show 2018 is officially underway! Over the next three weeks, more than 200 esteemed creatives from all corners of the globe and across a multitude of disciplines will be selecting who will take home a coveted Cube or Pencil this May at Creative Week.

In the rush to experiment with the latest new technologies, creatives seem to have turned their attention away from the medium of radio — a shame since it's one of the most perfect ways for talented copywriters to shine. Regardless, there's still a home for audio-only advertising in The One Show 2018, and industry veteran and Chief Creative Partner of Interplanetary Bruce Lee is one of the many creatives on this year's Radio Jury. We spoke with Bruce about his thoughts on the state of the medium.

Radio seems to be the forgotten advertising medium, or at least the medium that has been forgotten how to be done well. Why do you think it’s been so lost in the shuffle? As an industry veteran, whatever happened to “theater of the mind” or “the copywriter’s medium”? 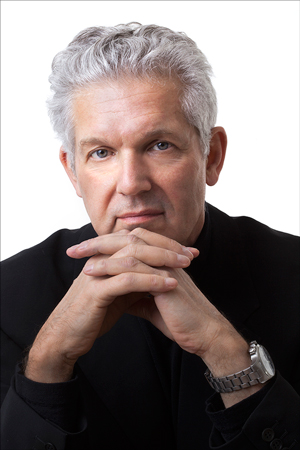 In this country radio is fading because it has ceded control to media conglomerates who save money by cutting live presenters and play music through automated playlists. That’s a great formula for disrespecting and losing your audience, along with your advertisers. Plus, Gen Z has grown up in an on-demand digital environment. They’re all about streaming, which radio has yet to address. Radio as theater of the mind? That’s one of its eternal strengths. We writers just need a medium that takes itself seriously.

How can radio — or some other audio-only format — reassert itself in the advertising mix?

You could work the old radio magic in new digital formats with the right DJs and even commercials. It just needs to be captivating – like radio advertising was back in the day. Nothing so hard about reestablishing audio-only media. Look at the binge-popularity of certain podcasts. It just takes funding and an investment of imagination. Give me quality content I can’t get elsewhere and I’m yours.

"Radio as theater of the mind? That’s one of its eternal strengths. We writers just need a medium that takes itself seriously."

As a One Show judge and as a student of the game, where is the best radio creative in the world coming from?

I really can’t answer this question confidently, other than to say that I heard some smart radio from Canada, England, New Zealand and a few other countries — and none from the U.S. So my opinion on worldwide radio is based on the 150+ spots I’ve judged for this Show. Most of those were in English. Surely there is creatively great radio in other languages?

Is there a particular entry among this year’s submissions that stands out to you as being Pencil-worthy?

There were a few contenders. My favorite is by McCann Canada for Prostate Cancer Canada. [see header image on this page]. It’s very simple: A single announcer, who gives explicit instructions over the air for conducting a rectal exam on yourself, targeted to men who would prefer not having their doctor invade their privacy. Making the point that since the alternative, a do-it-yourself hand job, is a rather uncomfortable experience and you don’t really know what you’re doing, perhaps you’d be better off seeing your doctor after all, as it could save your life. The spot is cringingly funny. The writing is impeccable. The announcer is a master of comic timing. You listen to these precise instructions with mounting incredulity as the spot creates a visual image in your mind that could never play in video media. It's pure radio.

What advice would you give a fresh new copywriter or creative team who groans when tasked with creating a radio campaign?

What you want for your career is an opportunity to make a demonstrable difference. No one cares about radio – that’s why it’s perfect for someone who wants to do interesting creative. You can do something awesome and not have twelve layers of approvers breathing down your neck. You’ll have a better shot at getting your work produced and winding up in shows like this one – shows that are looking for creativity that reaches beyond the usual. Not that long ago insurance was a creatively dismal category. Today there are several national insurance companies doing outstanding creative work and ambitious CWs and ADs kill to work on it. Radio is like what insurance used to be. Get in while no one still cares.

Judging for both the ADC 97th Annual Awards and The One Show 2018 continue through to early April. All winners will be unveiled during Creative Week, May 7–11