We All Float Down Here

It's Young Guns season again! The seventeenth edition of one of the most respected and valued awards for creative professionals 30 years of age and under is open for entries! Since 1996, Young Guns has amplified the work of some amazingly talented artists from all over the world, bringing them into a family of past winners who celebrate, support and collaborate with each other throughout their careers.

One of the coolest Young Guns traditions is that its trophy — the highly coveted Young Guns Cube — is redesigned every year by a previous Young Guns winner, making each Young Guns class truly unique. Going all the way back to Young Guns 8, when Justin Gignac (YG5) and Michael Whitney (YG2) fashioned Cubes out of reclaimed Coney Island boardwalk timber, each year's artists are free to create their own vision for the accolade. For Young Guns 17, this task goes to Barcelona-based designer Verònica Fuerte (YG7) and her studio Hey, and we can't wait to see their spin!

Whatever Verònica and Hey come up with, they know that the bar has been set very high, thanks to acclaimed designer and YG11 winner Juan Carlos Pagan and his New York-based studio Sunday Afternoon. With a lot of ingenuity, Sunday Afternoon created a Cube that floated on electromagnetic waves. We caught up with Juan Carlos and his Sunday Afternoon partner, photographer and director Ahmed Klink, to chat about creating the most recent edition of the Young Guns Cube.

Let's go way, way back to 2013! Juan Carlos, that's the year you won Young Guns. Where were you in your career at that point, and what did entering and ultimately winning YG11 mean to you? 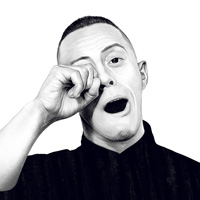 Juan Carlos: Back in 2013 I was a creative director heading up the design department at DDB New York. It was an exciting time, and I was starting to make some work which I was proud of. I was 29 years old, and by this stage in my career I was very aware of Young Guns, and the prestige that the award held within the community. In fact I had entered Young Guns the previous year, but I did not win.

After not making it into YG10, I didn't really think I was good enough, nor did I want to trick myself into thinking I could win, but since I was approaching the cutoff age, I wanted to give it one last shot. What did I really have to lose? If I didn’t win, nothing would have changed, and if I did win, it would come as a pleasant surprise.

This time around, I submitted my entry with a good deal more intent. I thought about each project and piece deeply, I took stock of my entire portfolio, I made some very tough edits, and I built out each project as a case study. I even bothered my boss at the time for feedback on my submission. It paid off in the end, and I won.

I was truly blown away by the news. I kept thinking about all the past winners whom I’ve admired over the years, and how I’d be receiving the same award they had won. Winning Young Guns is unlike winning any other award. The amount of exposure and interest which came my way after I had won was unreal. Suddenly a lot of people knew my name, who I was, and what I'd made.

"Winning Young Guns is unlike winning any other award. The amount of exposure and interest which came my way after I had won was unreal. Suddenly a lot of people knew my name, who I was, and what I'd made."

Meanwhile, Ahmed, how did you come up in the photography game? What got you interested, what made you good, and what made other people know you're good? 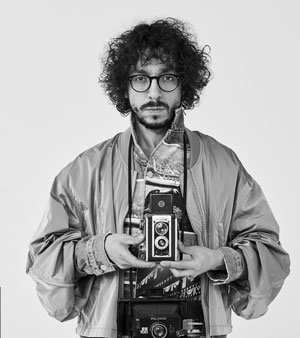 Ahmed: I started by shooting a lot of live music stuff in New York City. Back in 2008 and 2009 I was covering New York concerts for Pitchfork and a few other online publications. That was my training in some way; I had to learn how to deal with constantly changing lighting conditions on stage, a moving subject and limited time to get photos. I learned so much by shooting concerts, but I eventually grew a little restless. I wanted to be more in control of the environment, to be closer to my subjects. I wanted to shoot portraits and lifestyle photography, and so I started emailing publicists whenever I was shooting a concert, and asking them if I could shoot a quick portrait of their band. I grew my portfolio that way.

Eventually I started getting calls from magazines to shoot editorial assignments for them. I treated each and every single one of these assignments as if it was the most important job I ever had. I shot a portrait of Kevin Hart in 2012 when he was on the come up. Kendrick Lamar in 2013, Russell Westbrook, Steph Curry, and it went on. I was able to adapt to a lot of moving parts and get intimate, compelling portraits of these guys in the limited time I had with them. A lot of these shoots, you have ten minutes to shoot ten pages worth of content.

I never really marketed myself in the traditional sense, I never gave out a single business card in my career, I think people just saw the work and wanted to work with me. I like that dynamic. I don't think any artist should ever beg for work.

What brought you together to form Sunday Afternoon? How has that worked so far?

Juan Carlos: Ahmed and I have been friends for a long time. We've watched each others careers grow, and we hit a critical point, a point where we started talking about our own representation as artists. Sunday Afternoon grew out of a conversation, a discussion around what it would look like if we built a design studio and an artist management agency. A place where artists on the roster had the ability to pursue their own creative interests while also having the ability to collaborate with an internal design studio. The timing of that conversation aligned perfectly with our growing interest in opening a design studio. So we decided to move forward, building Sunday Afternoon. It has been simultaneously terrifying and exciting. We really had no idea what we were doing or getting ourselves into. In hindsight, it was the perfect mixture of ignorance, excitement and idealism.

The Young Guns Cube gets redesigned every year by a previous winner, and last year that honor fell upon you. Knowing how impressive the lineage of Young Guns Cubes is, how did you approach conceiving your own unique spin?

Juan Carlos: Young Guns has always been one of the most exciting and challenging awards for a young creative to win. Each entrant really has to elevate their work to stand out amongst the participants, and so we actually decided to craft our entire campaign around the concept of elevation. We felt that the word represented so much of the Young Guns DNA.

As we thought about the Cube, we wondered how we could translate that concept in the physical award? Well hey, what if it floated? And so we worked towards making it float.

We also thought a lot about what happens to a trophy after it has been received. Once an award is won, it normally just sits on a shelf somewhere at home or office, admired but collecting dust. We didn't want to create an award that collected dust. We wanted to make an object which not only reminds you of past accomplishments, but serves as a constant reminder to go beyond what's seemingly possible.

"We wanted to make an object which not only reminds you of past accomplishments, but serves as a constant reminder to go beyond what's seemingly possible."

Now conceiving a floating Cube is one thing, but making it a reality is a completely different beast Walk us through the process; what was the biggest challenge in making functional yet beautiful?

Ahmed: Obviously, it was a little harder than just "hey, let's make a levitating award!" As far as we knew it had never been done before, so we were like "where do we start?" We did some research and connected with the great people over at Crealev in the Netherlands. They had a lot more experience in making things float than we did.

We explained to them what we were looking to do, and picked the materials. It had to be light enough to levitate, but also sturdy enough to feel substantial. Each panel of the cube was handcrafted, bent, and welded in a factory so we could put all the floating technology inside and enclose them in a way that was completely seamless.

At that point the Cubes had arrived in our New York studio. We had these amazing floating Cubes, but they were completely bare. They were regular aluminum cubes, grey, kinda raw, and pretty ugly-looking. And so we started investigating a few ways to apply our Young Guns branding onto them in a way that wouldn’t mess with the technology inside. It turned out that  the best way was to hand-paint each one of them, which Juan Carlos did himself. He slept on our couch in the studio and painted non-stop for a several straight days. I don't know about blood, but there's quite literally his sweat and tears inside every single Young Guns 16 Cube.

Now that Young Guns 16 is all done, what are your thoughts on how it all turned out?

Juan Carlos: We are beyond thrilled with how the Cubes came out. It’s rare to have something come to life that is exactly how you envisioned it in your mind. And the YG16 winners are all artists that we admire, and we’re honored that they all have a little something of ours. We hope they enjoy their Cubes, and that it serves as a reminder to keep pushing the boundaries, and elevate their work. We got a kick out of seeing the awards out in the world, floating on social media.

Now it's onto Young Guns 17! What tips would you give to Verònica and Hey as they embark on creating this year's Cube?

Juan Carlos: We really don’t have any advice for Verònica. Everyone's journey reimagining the Young Guns Cube is different, and based on their own concepts and requirements. That said, we love her work and we’re super excited to see her take on the Cube!

Young Guns 17 is open for entries, with the first submission deadline on June 30, 2019.