Is it a scene out of Mission Impossible? A new reality show about stuntmen? No, it’s the latest print campaign for Wrangler jeans from Fred & Farid in Paris. While our One Show judges gave it enough nods to win two Merit Awards, the campaign left some of us scratching our heads. Like why is the woman on fire? Who is that man jumping out of a window? And what is he running from?

According to the creatives Fred (Raillard) and Farid (Mokart), “The entire platform, ‘We are animals,’ is a revaluation of instinct and animality in all its facets. Each campaign explores a facet of animality. ‘Stunt,’ developed in 2011, is all about instinct, survival, energy.”

OK, but why does the flaming woman look like she’s about to fall? What does it have to do with jeans? Still not satisfied, we went back to a couple of our One Show Judges to find out how they interpreted this campaign.

I really love the Wrangler “Stunts” campaign. I think what Fred and Farid have been doing for Wrangler in the last few years is trying to change print the same way the Cadbury Gorilla changed TV Spots.

When everyone saw the Cadbury Gorilla for the first time, a lot of people said, “Why? Why is there a Gorilla playing drums to the rhythm of Phil Collins?” And the reason, in my opinion, was that it made you want to look at it; watching it gave you joy. It was entertainment instead of a commercial – and made you like the brand.

The Wrangler campaign does that for me in the same way. It makes you want to look at it. The first one with people being animals had the same “nonsense” feeling Gorilla has, but with an underlying message of humans being raw, crude and rough.

The campaign is a mix of fashion editorial, advertising and the closest you can get to entertainment in a print piece or poster. I was envious and wished I did this campaign. And the simple fact that people talked about it so much, and I am writing this text about it, makes it a great campaign already.

These Wrangler ads were polarizing to many of the judges, which is a good start to knowing you’ve got something interesting. I associate Wrangler with cowboys. I know they’re rugged and get the job done. So I don’t need to see another cowboy wrestling a bull to the ground to know they’re tough. Having stunt people put these jeans to the test in visually provocative ways makes think about Wrangler in a fresh way. And thinking is a good thing. 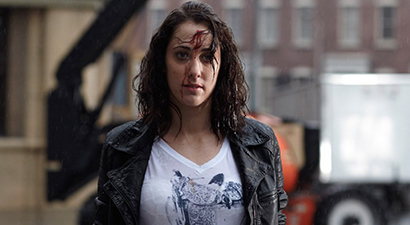 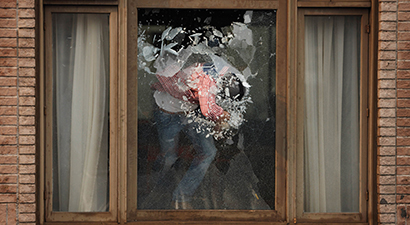 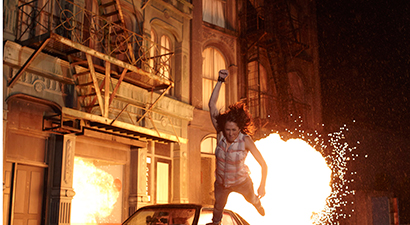 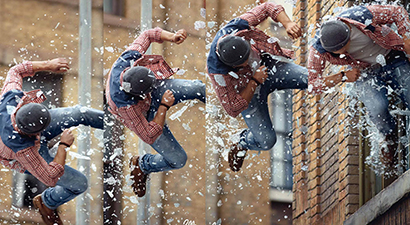 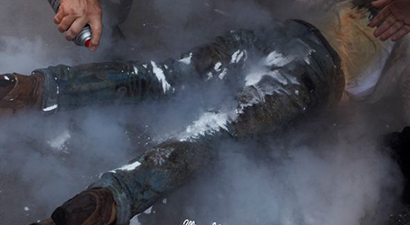