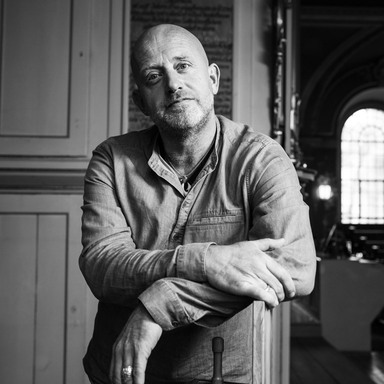 Guido Heffels is the co-founder and chief creative of Berlin-based communications agency HEIMAT, which also has offices in Vienna and Zurich, as well as a second agency in Berlin; HEIMAT active. Since 2014, HEIMAT is part of the global TBWA network which he (and also his two co-founding comrades Andreas and Matthias) somehow never regretted. Surprisingly enough, HEIMAT celebrated its 20th year of existence in 2019.

The roster of HEIMAT clients includes European DIY store chain Hornbach, online retailer OTTO, McDonald's, the liberal political party FDP, supermarket chain Kaufland, adidas, Netflix, Volksbanken Raiffeisenbanken, Boston Consulting Group, Share foods, Spax, Bloomy Days as well as many others. The agency's work has been sugarcoated by all major award shows over the years, which somehow meant that they invite Guido himself to judge and praise the work of others.

Contrary to popular belief, Guido still does not play golf. He does not drive a Porsche. He has not yet settled on the Island of Majorca. He does not have a dog. But he is still married to his first wife and producer Kerstin. He also has a very good relationship with his son Enno, which could be described as "more than strong" and meaningful.

He has been a member of the German Art Directors Club since 1998 (disclaimer: this doesn’t mean much but it allows him to stretch this short bio a little bit).