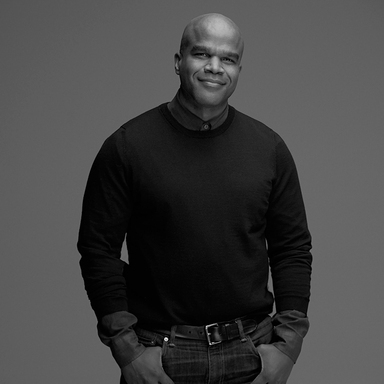 Geoff is an Executive Creative Director at GALE Partners, a Global Creative Media Consultancy. There he brings business insights to brand storytelling and activates it across strategy, media, CRM, addressable and integrated brand communications, performance marketing, and technology,

Prior to GALE he was Executive Creative Director on Services at Apple’s TBWA \ Media Arts Lab. There he launched the highly anticipated Apple TV+ subscription service and the first ever product launch of the Apple AirPods Pro.

Geoff was Head of Creative at CAA Marketing where his work set new standards for branded content. He’s won 2 Grand Prix Awards at Cannes Lions and 2 Cannes Advertiser of the Year honors for his work on adidas ‘IMPOSSIBLE IS NOTHING’ campaign and for the Microsoft Halo 3 “Believe” campaign. That same work Inspired the Black Cube Award at the ADC.

His thought leadership’s been covered by The New York Times, Campaign, Hollywood Reporter, Creativity, WIRED, and Fast Co to name a few.