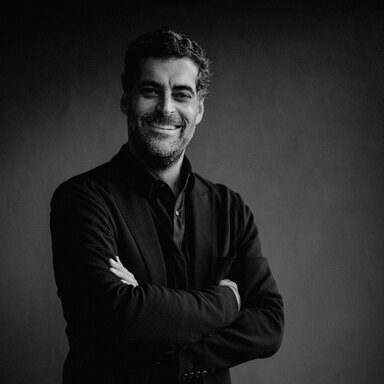 Karim Bartoletti is a multi-award-winning producer with great international experience. Born in Switzerland, Karim grew up in Iran, Italy, and the USA, and has gotten married in Chicago, Campinas (Brazil) and Washington DC to the same woman.

Karim is a graduate of Northwestern University in Chicago, city in which he started his career in advertising at important creative multinational agencies such as DDB/Chicago (Executive Producer) and Y&R Chicago (SVP/Head Of Broadcast Production) producing and creating award-winning work for Clients such as Budweiser/Bud Light, McDonald’s, Energizer, Mobil Oil, Sears, Diners Club, Miller Beer and Nascar.

In 2002 Karim moved back to Italy, to become a Partner/Executive Producer at Filmmaster Productions, one of the most solid production companies in Europe at the time. In his 13 years at at the company Karim did effective, amazing and award-winning projects for several clients.

Karim has participated as a Juror in some of the best Award Shows in our business – Cannes, Eurobest (President), NY Festivals, Venice TV Awards, Ciclope, ADCI Awards, Venice TV Awards, Lynx Dubai, AICP, YDA, etc - and is a regular lecturer, presenter, guest speaker in various schools, shows and events in Italy and abroad.

Karim has been elected for 3 consecutive terms on the Board of the ADCI – The Italian Art Director’s Club and is CPA – the Association of Italian Advertising Production Companies, part of the CFP-e.

Karim is also Global Ambassador for the AICP, a national REP for Cannes Lions in Italy and was Chairman of the Jury of the 2020 edition YDA - Young Directors Award.

Karim speaks 4 languages – of which 3 on a daily basis - and lives in Milan with his wife and 2 kids.