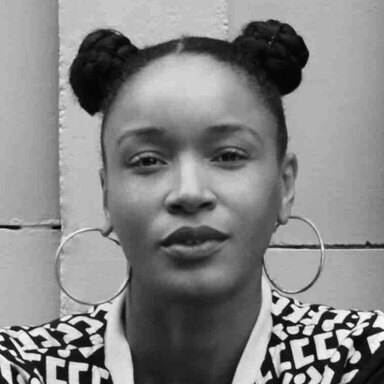 Sherina Florence is a GCD at 72andsunny. Sherina also served as a creative lead on the global Instagram business at Ogilvy. Previously at Ogilvy she created new music with the Roots for Citizen Bank and led best-in-class creative work for Unilever. Sherina is passionate about connecting people to big ideas that inspire new ways to think about and experience the world — solutions that impact both the clients and culture. She is obsessed with digital trends, both casting and creating, including viral moments like Anthony Joshua’s #BeHeard, #standfast featuring Mos Def, Tribal DDB's Wheel of Concept, and most recently with her “Find More to <3” work for Instagram. Sherina’s work has won awards, new business, and even contributed to the release of detainees at Guantanamo Bay. While winning hearts and minds, Sherina has also been recognized by Rolling Stone, Time, Creativity and a number of global awards shows including The One Show.

Prior to Ogilvy, Sherina created work for agencies and brands including Apple, Beats by Dre, Cognizant, Mcgarry Bowen, TribalDDB, 180LA, Mullen and others.

Sherina donates her time outside of work to organizations that are passionate about democratizing equal rights and access, serving as President of The One Club's One-ID board and POCC US. She mentors for The One Club’s Creative Boot Camps in South Africa, and has served as an instructor at Miami Ad School, where her students have created award-winning work garnering Pencils, Clios, Addys, Webbys and and Lions.