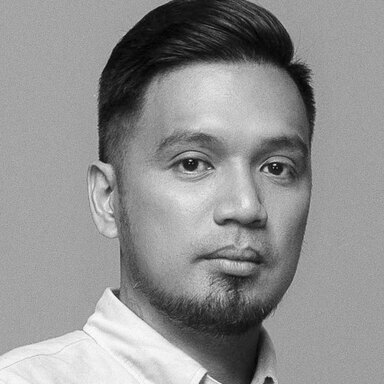 Herbert Hernandez is a slasher.

He plays guitar after-hours for the nationally renowned bands 6cyclemind and Moonstar88. He composed one of the country's most-streamed songs 'Migraine,' which has scored 85 million plays, and counting.

During the day, he finds himself in advertising, having chalked up 18 years in the industry--and multiple wins in Cannes, the Clios, One Show, LIA, Spikes Asia, ADFEST, AD STARS, and the APAC Effies.

Herbert co-founded the ideas agency GIGIL. Only 3 years old, GIGIL has already been declared by Campaign AOY as Philippines Creative Agency of the Year--a major feat, as it's the first time in the show's history that an indie agency conquered the country’s creative agency of the year category, a battleground traditionally dominated by multinationals. More importantly, GIGIL won a gold in the APAC Effies in 2020, making it the Philippines' most effective creative agency.

Herbert has been named by Campaign Magazine to its list of '40 Under 40,' celebrating his achievements as an up-and-coming leader in marketing, media and communications in the whole Asia Pacific.