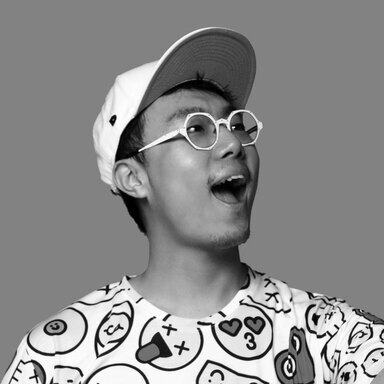 Zipeng Zhu is a Chinese-born designer, art director, illustrator and animator in New York City who wants to make everyday a razzle-dazzle musical. His clients include Apple, Adidas, Adobe, Coca-Cola, Microsoft, Twitter, Netflix, Harry’s, Viacom, The New Yorker, Fox, Away, Animal Planet, CNN, Refinery29, Chobani, and Samsung. After he graduated from the School of Visual Arts in New York City, he has worked at Pentagram and Sagmeister & Walsh. He was one of the Art Directors Club Young Guns 13 winners and has been recognized as Print magazine’s New Visual Artist and the One Show Young Ones. His work has been exhibited all over the world including New York, Barcelona, Dubai, Mumbai, Shanghai and other major museums and institutions.

Now he runs his creative practice Dazzle Studio and gift shop Dazzle Supply to push dazzle to the next level.