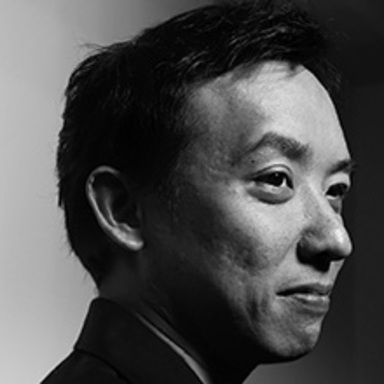 Curiosity might have killed the cat. But what it did to the cat, it never did to Dwayne. From a young age. He's always had a curious nature. From tasting his poo floating in the bowl. To electrocuting himself with cables while creating stomp boxes.

That curiosity with cables and electricity lead to his studies in computer engineering. Realizing that the field of engineering was not the ideal place to be finding a relationship (ratio of guys to girls >10). He dived into the music business after graduation, producing and recording bands with Leaf Records and getting them heard on BBC Radio's Peel Sessions.

Feeling a tugging need for creative exploration, he went back to school. Almost failing his final year project but at the same time using the same work to win student of the year in interactive design at the circle awards was a mind boggling surprise, so mind boggling that he jumped into advertising, landing headfirst into AKQA, surprising himself again.

Living the philosophy of B.L. - Running water never grows stale, so you have to 'keep on flowing'. He sat him out to keep flowing and explore outside of Singapore. His adventure to discover China, at the stroke of the 2nd millennia @1234HRS, on a motorbike from Beijing to North Korea also brought him tumbling across China's advertising network of Ogilvy&Mather/OgilvyOne, Saatchi&Saatchi and W+K, meeting and learning from the most amazing people around him.

Now at TBWA \ Digital Arts Network, after a decade of experience in China(A really scary thought) he leads his charges in China on an eclectic mix of clients from General Electric, Adidas Original/Neo Fashion, Disney, Coach to Absolut Vodka. All this time looking forward to the next snowfall to start again, to begin grinding his snowboard, as bleeding and bruising from skateboarding doesn't seem as fun anymore..