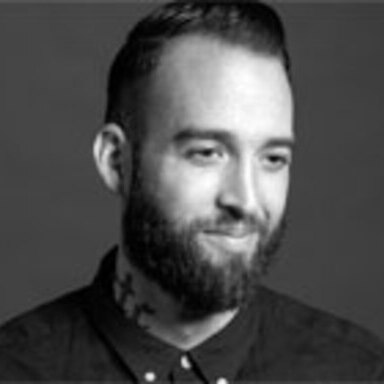 Fed up with 11 years of waiting tables and amassing crippling debt as a professional student, Jared graduated from Cal Arts with a MFA in Creative Writing & Critical Studies and mistook it as the appropriate way to become a copywriter. Fortunately his naiveté paid off and soon he was writing scripts for Apple at MAL.

Leaving SoCal sunshine for NYC, he was greeted by massive rents and equally massive creative opportunities. There he became the lead writer on the Nike+ Human Race global campaign at R/GA. Later, he joined BBH and created integrated campaigns for Ally Bank, Google ("Chrome Speed Tests" & "Chrome Features") and Axe.

In 2011, Jared headed to W+K Portland to work on innovative campaigns for Dodge, Diet Coke, Nike and Leviʼs. His work has been shared, tweeted, editorialized, spoofed and heavily awarded, leading Creativity to name him the #8 Copywriter in the World in 2011. This continues to only impress his mother.

He lives, writes and grows his beard in Portland, OR, while enjoying the quality company of his dog Edith and his ʼ72 Norton Commando.