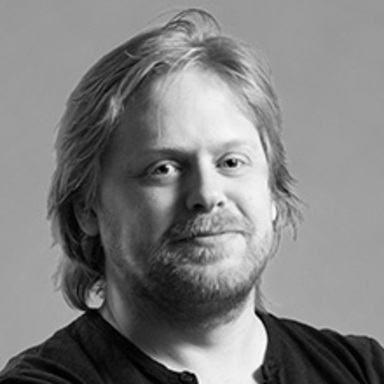 David operates from the North Kingdom HQ in Skellefteå, far up north in Sweden. From there he has been creative directing most of North Kingdom's award-winning work such as Vodafone Future Vision, Get the Glass, The Coke Zero game, adidas Teamgeist and Battle of the Cheetos.

He was featured in the Creativity Top 50 list of creatives in 2008 and 2010 and nominated as Entrepreneur of the Year in Sweden 2009.

He is also the chairman and founder of a local network association called 'The Creative Lodge" where the digital industry gathers to discuss and the drive the local industry through knowledge sharing, education, and business development.

David is the father of three girls and when he isn't occupied with trying to keep up with them, he spends most of his free time hunting and fishing in the wild forests of northern Sweden.