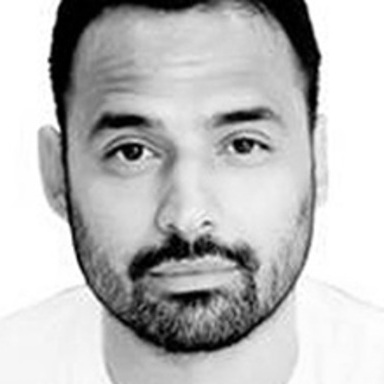 Starting his career in Sweden he spent five years at Forsman&Bodenfors where his work for IKEA eventually won the agency Scandinavia’s first ever Titanium Lion at Cannes for Facebook Showroom. His campaigns also helped propel F&B to the number one spot in Gunn Report in 2010 and contributed to making IKEA Creative Advertiser Of The Year at CannesLions the following year.

In 2011 he moved to McCann New York where he spent two years helping Linus Karlsson with the creative turnaround that led McCann, NY to be named Agency of The Year at the ADC awards. During this time he also worked on Chevy at McCann+Goodby Silverstien Partners’ joint venture agency Commonwealth.

After spending a year co-leading the creative department at The Barbarian Group he is now at CP+B in New York working on Infiniti and more.

He has during his career created and curated famous work on a variety of global and local brands such as IKEA, Reebok, Chevrolet, Paper Denim & Cloth, UNICEF, Swedish Radio and Pepsi.

His work has during the last decade received the highest awards by The One Show, D&AD, Cannes Lions, ADC, Clios, Andy’s, LIA, New York Festivals and he has topped the Gunn Report for Best Interactive Campaign of the Year. Contagious Magazine has called his work Most Contagious, Forbes listed IKEA Facebook Showroom as one of the ‘Best Social Campaigns of All Times’ and OneShow nominated it as Best Of The Digital Decade. He has been a judge at many of the major award shows including D&ADs black pencil jury.