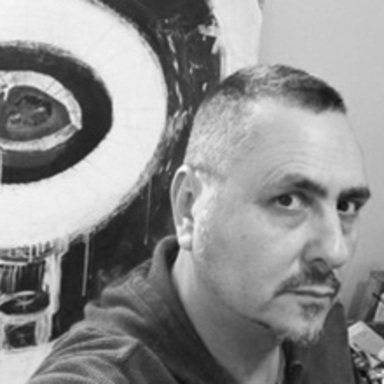 A South African living in the United States since his teens, Abramson’s work has an outsiders approach that combines sensitivity and vision. Neil Abramson leads the double life of a successful commercial director/photographer and an indie feature filmmaker. After graduating from the Art Center College of Design in Pasadena, Abramson began his career shooting and directing music videos for bands like Deborah Harry, Dwight Yokum, Mark Knoffler and many other cutting edge acts. He then moved onto shooting and directing high-profile commercial/print campaigns for clients like Merrill Lynch, Cadillac, and Nike. This has afforded Neil the opportunity to give voice to creating films that explore the human condition and psyche.

American Son, (MIRAMAX) Abramson’s latest feature film is being called thenAmerican Griffiti of our generation. It is the story of a young Marine on his way to war. American Son stars Nick Cannon, Matt O’Leary, Melonie Diaz, Tom Sizemore and Jay Hernandez. The film has been released in 2009 by Miramax Films. It is a powerful statement of the times and is sure to incite an emotional response.

Bob Smith U.S.A., Abramson’s last feature length documentary, is also a reflection on American society and culture. The film is a unique, poignant and often hilarious view of the United States as seen through the eyes of seven men named Bob Smith.

Abramson’s critically acclaimed directorial feature debut, Without Air, was shown in the American Spectrum section of the Sundance Film Festival. The pic won The Most Promising Newcomer, and landed Abramson on the Daily Variety’s prestigious 10 To Watch list. The award-winning Without Air screened at many prestigious festivals around the world and aired on Sundance Channel.

Defining Maggie was Neil’s follow up to Without Air. A somber, evocative drama about the ties that bind, Defining Maggie features superb performances by Molly Hagan (Election) as Maggie and Todd Kimsey (The Perfect Storm) as Tom, a seemingly happily couple who must confront the ghosts of the past in the form of Maggie’s brother Buddy. The film premiered at the Santa Barbara film festival and was greeted with critical acclaim.

Another Abramson documentary, Soldier Child, was shown at the United Nations, the Hague and to the United States congress by Amnesty International to illustrate the grave situation in Northern Uganda. Narrated by award-winning actor Danny Glover, the film focuses on children who are kidnapped and forced into becoming child soldiers. A book of Neil’s still photographs from Uganda accompanied the movie. Abramson’s Soldier Child documentary became a calling card for the child soldier issue, culminating in Amnesty International using the film to raise awareness and bring attention to the plight of child soldiers worldwide.

Soon after the success of Soldier Child, Abramson traveled to Sierra Leone with the United Nations to document the atrocities of the civil war in that country. His photographs and film were used to raise money for a refugee relief fund.

His fresh approach to his independent and commercial work has been lauded by industry peers. Abramson’s work has garnered many national and international awards.

His works reflects an unflinching eye and a constant pursuit of truth.