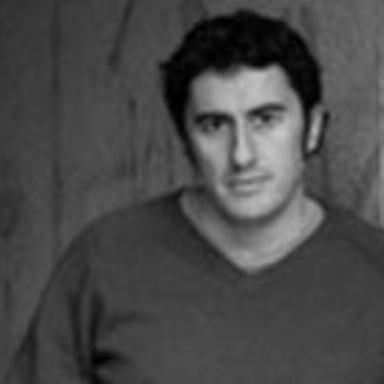 Rafa Antón, 39, was born in Madrid, Spain. He holds a degree in advertising and public relations from Complutense University of Madrid, and currently serves as Executive Creative Director for Vitruvio Leo Burnett. In 1990, Rafa became an account executive for the company, then moved his way up to art director before taking on his current position in 1996. Some of his clients include Visa, Orange, McDonald's, Philip Morris, Kellogg’s, Fiat, Coca-Cola, Heinz, Mahou-San Miguel, Renfe, Leroy Merlín, Cruz Roja, Affinity, Procter & Gamble, Samsung, Lancia, Airtel (now Vodafone) and Turner Classic Movies. He is president of the Spanish Creative Club and a member of Leo Burnett’s Worldwide Creative Board. He was named Best Creative Director of Spain and Portugal according to leading publication LatinSpots in 2002, 2004 and 2005. Rafa has also served on the juries at such international festivals as Cannes, D&AD, C de C, Festival de Publicidad de San Sebastián/El Sol, Art Directors Club of New York, Clio Awards, Eurobest, LAUS, Adprint, The Cup, Young Guns, London Awards and New York Festival. He will also serve on the jury at Cannes this year for radio. He has won several golds at Cannes, CDEC, San Sebastian, ADCNY, ADCE, Fiap and Laus, among other international awards and Grand Prix.