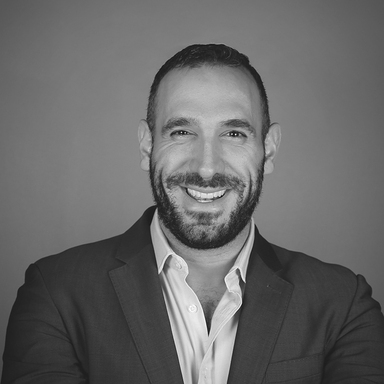 His conviction is that strong ideas and iconic communication have the power to affect positive change and deliver results.

He began his career at The Jupiter Drawing Room, a leading advertising agency at the time. From intern to Creative Director in four short years, he headed up the accounts of some of South Africa’s biggest billing brands.

Jonathan later joined Black River FC as Creative Director, before moving on to Havas Worldwide Group. In his two-and-a-half year stint as Executive Partner at Havas, he was instrumental in attracting significant new business, growing the agency by 60% and winning numerous creative awards.

Jonathan was approached to join FCB Johannesburg as Executive Creative Director. The agency’s huge portfolio of iconic international and South African brands made it an easy decision.

In the 5 years since he’s been on-board, he has helped land several large South African accounts, including Barclays ABSA (Africa’s largest retail bank), and has been at the helm of – amongst others – a Coca-Cola commercial that has been ranked in the top 5% of all global Coca-Cola commercials produced in the last 20 years. The commercial is now utilised by Coca-Cola in over 90 countries. This year sees FCB Joburg playing on the global stage, by winning as lead agency on the Fanta Global account!

Jonathan is recognised as an objective critic and advocate of the advertising industry. He has brought home many advertising awards, both locally and internationally.

In his time as creative lead at FCB, the agency has already been awarded 6 Cannes Lions (including a Cannes Gold), Gold One Show, One Show – Best of Discipline Radio, Loeries Grand Prix a bunch of golds as well as a D&AD Pencil and a Clio. He has been ranked as the top Executive Creative Director in the country by the local Loeries Awards, and has sat as a member of the Press Lions jury.

Jonathan, now joined Chief Creative Officer, is passionate about getting brands off their dated broadcasting 'soapboxes' and helping them take the leap towards creating crafted integrated content that grabs consumers’ attention, and entices them to interactively engage.