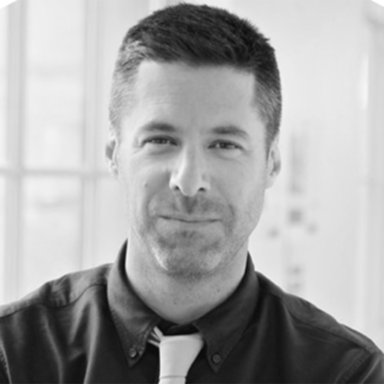 As Chief Creative Officer at Digitas Health, Brian is responsible for the creation of strategic, cross-channel campaigns for some of the top healthcare companies and health providers around the world. Collaboration is at the core of Brian’s approach, integrating insights across specialties to generate the optimal creative product.

Leveraging his multidisciplinary background of traditional and digital marketing, Brian has launched and created award-winning global campaigns for both consumers and healthcare providers across all media channels. His work can be found in a wide range of therapeutic areas, including oncology, multiple sclerosis, diabetes, dermatology, HIV, HCV, neuroscience, ophthalmology, anaphylaxis management, and many more.

Before joining the health and wellness space, Brian led creative efforts as Group Creative Director at Digitas. In this role, he spearheaded the execution and implementation of digital campaigns for global brands on accounts such as American Express, Nike, and Delta. He began his advertising career at Grey New York. There, Brian honed his talents and became a Creative Director while producing campaigns for Starburst, Aquafresh, Captain Morgan, Downy, Pringles, and Febreze.

Throughout Brian’s award-winning career, he has been recognized by advertising professional associations including chairing the Clio Healthcare & Global Awards. He has also contributed content to, and has been featured, in Creativity, Archive, AdWeek, and Ad Age.

Brian is a graduate of the School of Visual Arts. He grew up and lives on Long Island with his wife, 3 children, who recently welcomed a new addition, an English Bulldog puppy.