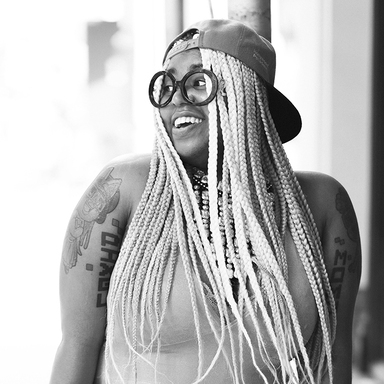 Momo Pixel is an Art Director, Copywriter, Pixel Artist, and Singer. Starting her career as a copywriter, Momo wrote commercials for Nintendo and later went on to create Momoland, an annual interactive pixel-art experience. As Momoland grew, Momo incorporated more technology into her work and in 2017 with the help of Wieden+Kennedy, she released Hair Nah, a video game to keep people from touching black women’s hair. It became a global sensation featured in CNN, Rolling Stone, Essence, Teen Vogue, Vice UK and many more. Since then Pixel has completed Momoland lvl 4 and released a self-produced album "I don't play guitar". With a variety of talents at her fingertips who knows what’s next.