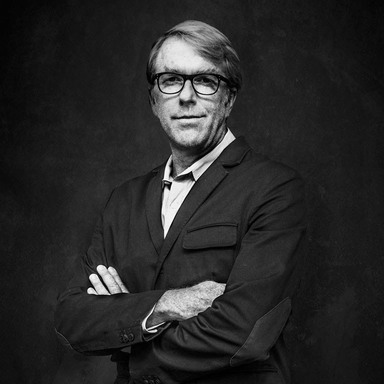 Chuck is currently the founder and CCO of Cutwater, an independently owned advertising/media agency based in San Francisco/New York. Chuck has enjoyed a storied career in advertising, best known for his iconic body of work for clients like Ray-Ban, Levi’s, Nike, adidas, Got milk?, Fox Sports, Jeep and many others.

Chuck helped build the creative reputations of some of the most respected agencies in the world such as Goodby Silverstein, Wieden + Kennedy and TBWA Chiat/Day. Under his tenure, TBWA/Chiat Day SF became one of the most awarded agencies in the world. It was during this time that the agency won back-to-back Ad Age Network of the Year honors, Cannes Client of the Year three times, an Emmy, and a wall full of Lions, Pencils, Clios and Effies.

Outside of business he remains a frustrated architect, carpenter, surfer, and devoted father.