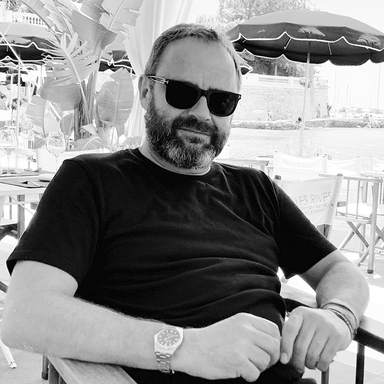 After leaving art school Mark began his career in London working with the then newly formed company Partizan producing music videos as well as commercials across their brilliant and diverse roster.

At age 28 he was offered the opportunity to produce his first feature film stateside ,so moved to Chicago where he spent the next year tearing his hair out.

On his return to the UK he joined and set up Believe Media’s offices in London & Europe and had the pleasure of working with an incredible bedrock of talent. He remained with the company for many years taking a few movie sabbaticals along the way, recently ending up in the Los Angeles offices until March 2018.

A few months later DOG EAT DOG London was born, primarily set up as vehicle to produce film & TV alongside his good friend and partner Harvey Miles Ascott who had been nominated for an Oscar the year before aged 27, it soon became apparent that the advertising business was also interested in the new start up and projects began to roll in, an acclaimed roster was built and a year later they were picking up multiple awards at Cannes, D&AD, Clio , Eurobest and The One Show.

In 2019 Little Black Book creative poll based on work and awards won, DOG EAT DOG was voted top 5 production company in the UK and top 10 globally.

They continue to build their roster, with new offices in Berlin and Los Angeles coming soon as well as greenlighting their first feature from their in house film fund shooting in Canada April 2020.