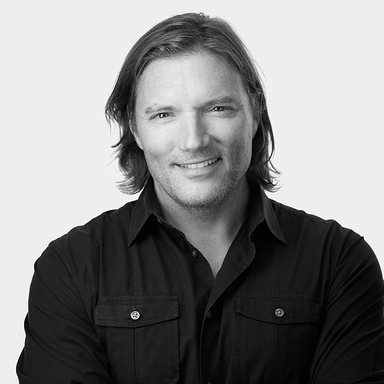 Michael Aimette is the Chief Creative Officer at FCB New York, partnering with Gabriel Schmitt , as the co-creative lead at the recently-named 2020 global agency of the year. Prior to that, at BBDO New York, he was an ECD responsible for the transformation of the GE brand around the world, melding seamless storytelling and big platform ideas into business-changing solutions for the global giant. Which sounds fancy. But basically, his job was to take a super-complex company and simplify it down to something that even he could understand. Similarly, on Visa, Michael led a 26-interoffice agency group, including Almap, AMV, Colenso, Clemenger and Saatchi & Saatchi London, where he oversaw and collaborated on all Visa creative, everywhere. During that time, Michael worked to create a singular culture, a micro-agency within the larger agency model, where his 40+ person group was entrusted to make wildly creative, award-winning and equally effective work for all his clients, including KIND Snacks, American Family Insurance, Belvedere vodka, Snickers, M&Ms, AT&T and FedEx. Before that, he worked at BBDO as a Creative Director, was an ECD at atmosphereBBDO and has freelanced all over the US. Before that, he was a copywriter at the now-defunct Jordan/McGrath. Before that, he was a dishwasher at Friendly’s. In 2010, he also wrote and directed an independent feature film titled TURNING GREEN starring Oscar-winner Timothy Hutton. The film received theatrical distribution and was featured on Showtime, as well as all streaming outlets. His second feature film, titled MIX26, is currently in turnaround hell.