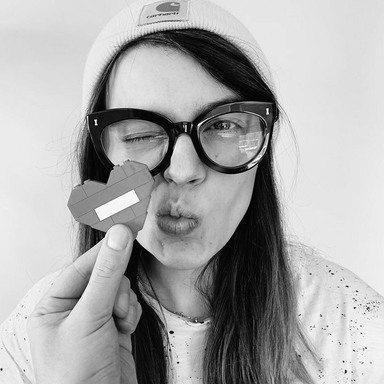 Sandra started her ad career when she was 5 and wanted to make ads for toys so she can play with them. She ended up in advertising after finishing architecture school because she still didn’t get to play with all the toys.   Things about Sandra you can Google: She started her ad career in Bucharest where she started winning awards at festivals like Cannes Lions, One Show, Eurobest, Golden Drum, Webbie and New York Festivals. She hoped this will make her parents less pissed off about her dropping architecture. That kinda worked.    Her work made a significant contribution to McCann Worldgroup being named network of the year in Eastern Europe for several consecutive years. After moving to Publicis, she helped the agency win 2nd place in Europe (2020) and Network of the year.   She was named Copywriter of the year, One of the top Romanian creatives to set the tone for 2017 and was featured in PITCH 100 Superwomen.    Things about Sandra you cannot Google:  She cannot wink  She wrote this bio in third person.