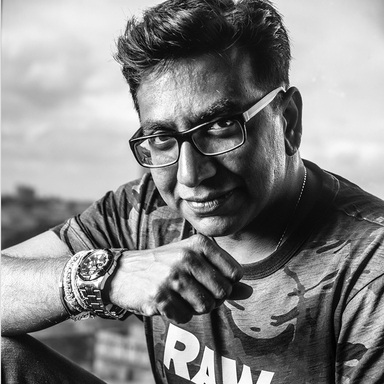 Senthil has won India’s first One Show Gold Pencils in Film, Film Craft and Film Innovation. THE ECONOMIC TIMES gave Senthil the coveted title of ‘Lion Hunter’ for winning India’s first Gold Lions in Film & Film Craft at the Cannes Lions International Festival. With over 300 International Awards, Senthil is the most awarded writer, creative director and film director in Indian advertising, while leading the largest creative agency across the South Asia region as the ‘Chief Creative Officer’. Senthil has been voted ‘Copywriter of the Year’ and ‘Film Director of the Year’ several times at the National and Asia Pacific regional creative festivals. ‘A legendary advertising guru’ and ‘A Spearhead of Indian Creativity’. While most of his work is rooted in India and Indian Culture, Senthil is roaring on from idea to idea, creating advertising and popular culture to directing his first feature film, an epic war drama that’s destined for a Hollywood Release. His ambition to strive for craft has brought him international recognition in areas like film, branded content, photography, design, graphic novels and creative technology.